You, dears, would say no logic in skipping day 6 but that day we met our family and we started exploring together on day 7. So day 7 was devoted to Tibidabo hill. The hill 512m high where 2 churches one under another are located. The hill is highest for the mountain range and offers nice views over the rest of the mountain and the city. On that hill there is an amusement park, telecommunications tower, a catholic church and Temple de Sagrat Cor (the white church above) which has the sculpture of Jesus on the top. The church was completed for 60 years. One can reach the hill by jumping on the railway which is first of its kind in Spain, built in 1901. 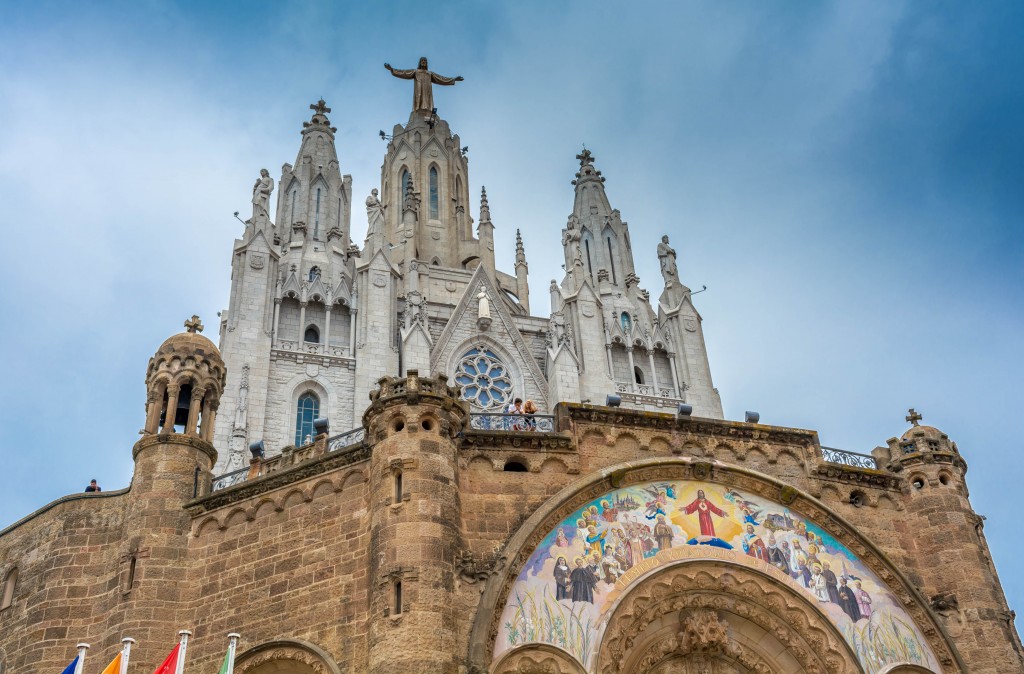 The next two photos represent the views from the hill. The mountain behind the church and the city in front. 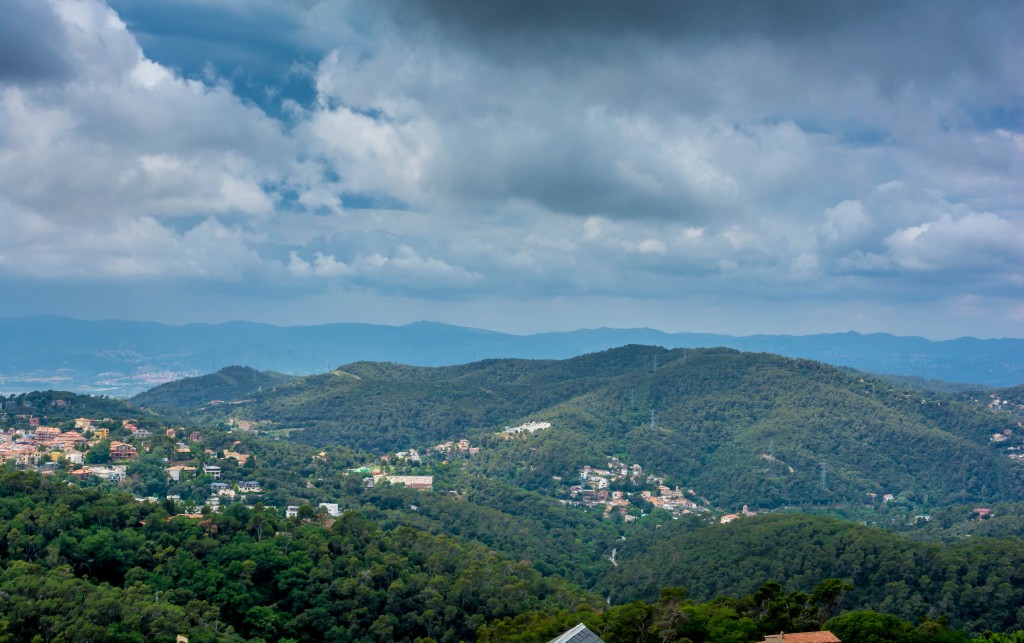 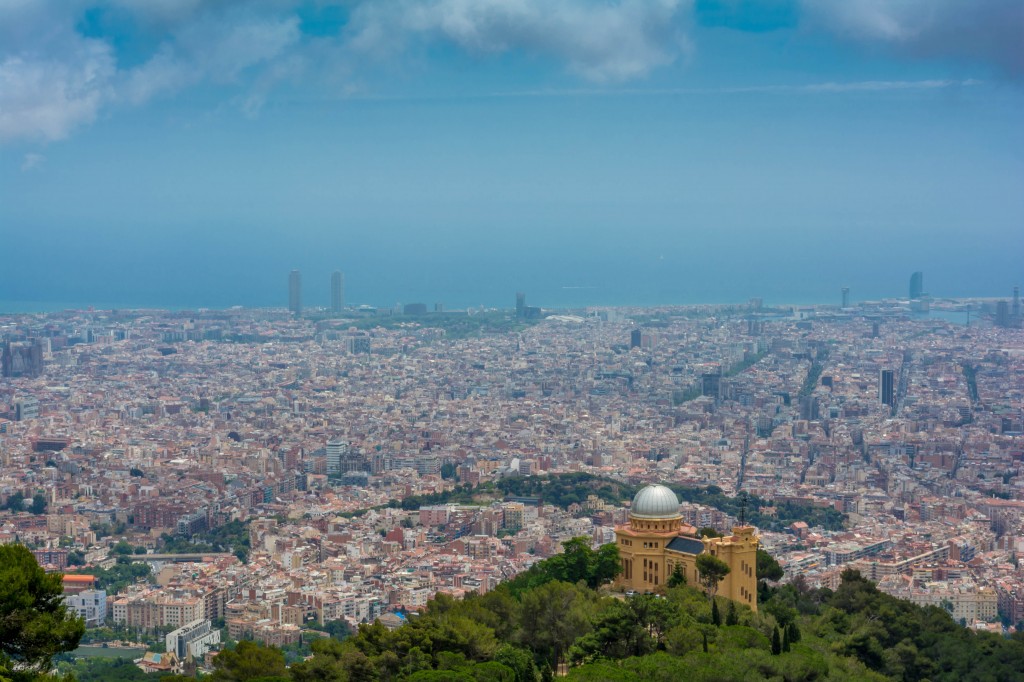 The little catholic church under was very beautiful from inside. We managed to make few photos before one of the workers warned us not to.
I can add some more details about the church under the white church, but I guess one can read about it over the vast internet. 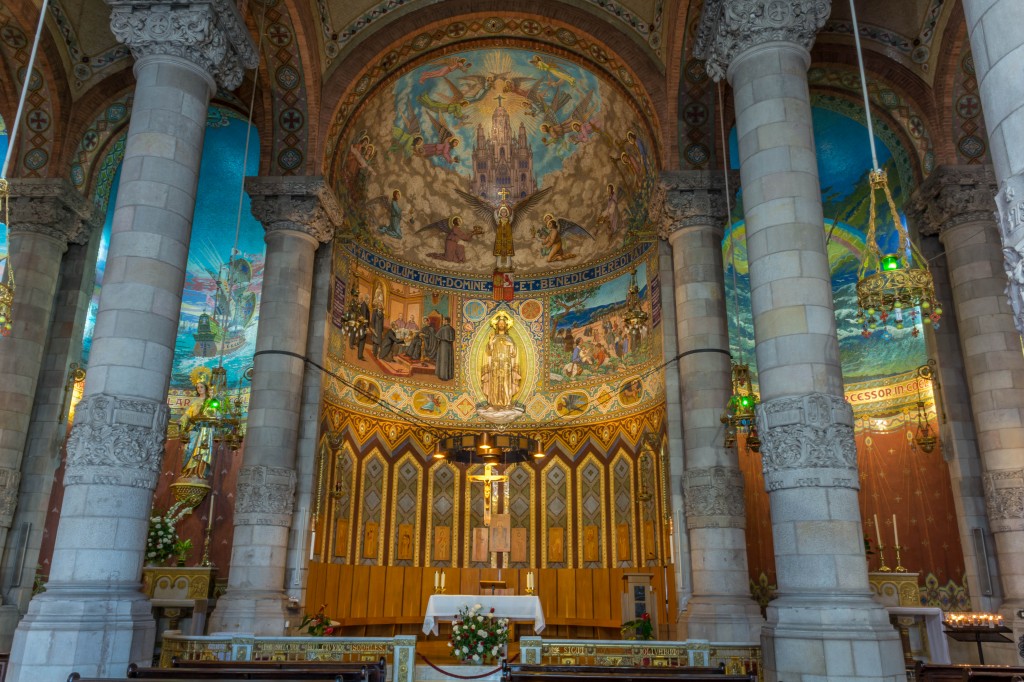 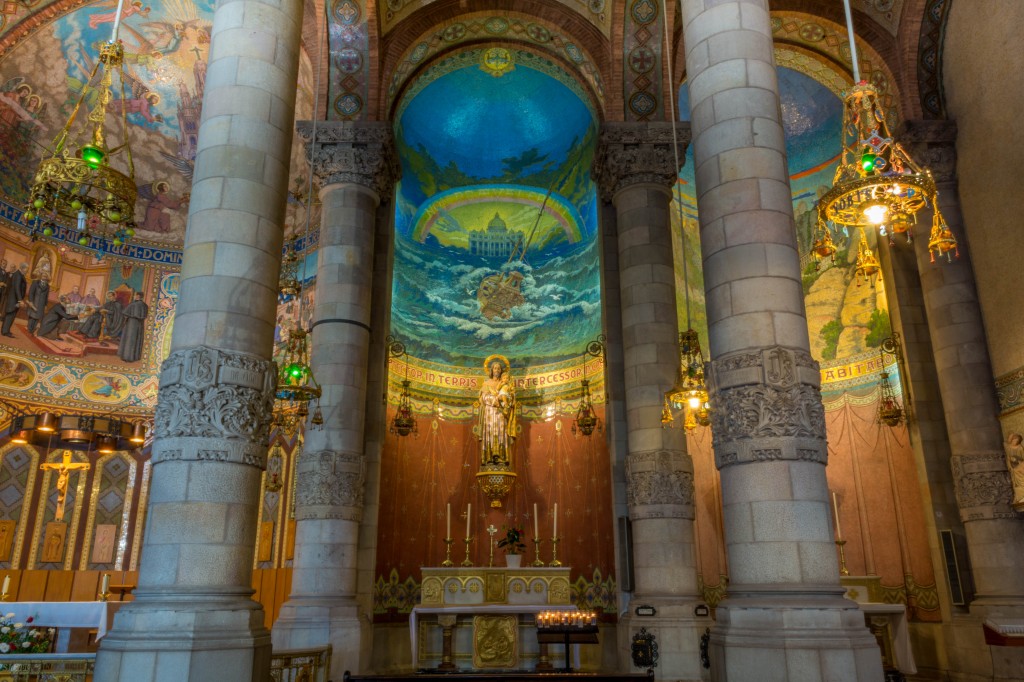 The church on top was also spectacular, but there were no murals on the walls. On the other side, there were very nice glass works inside. 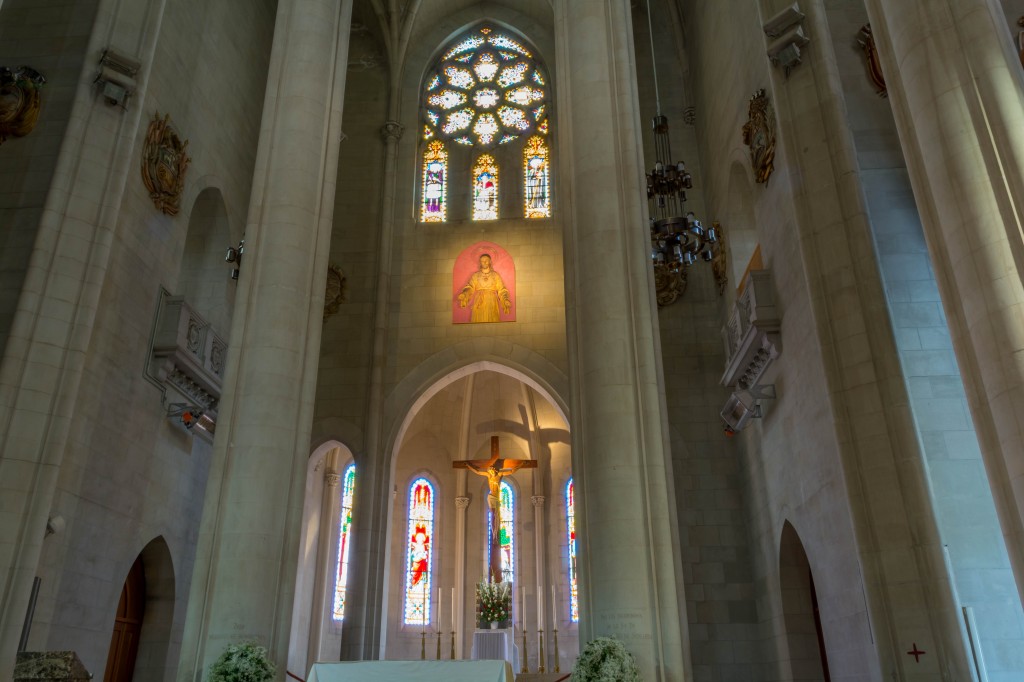 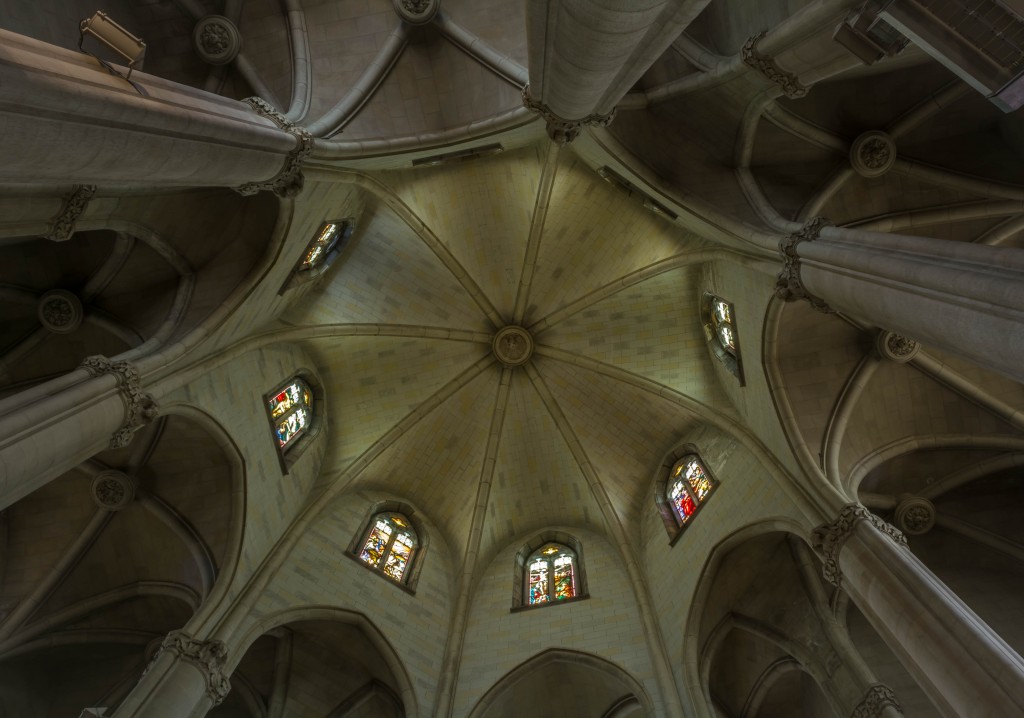 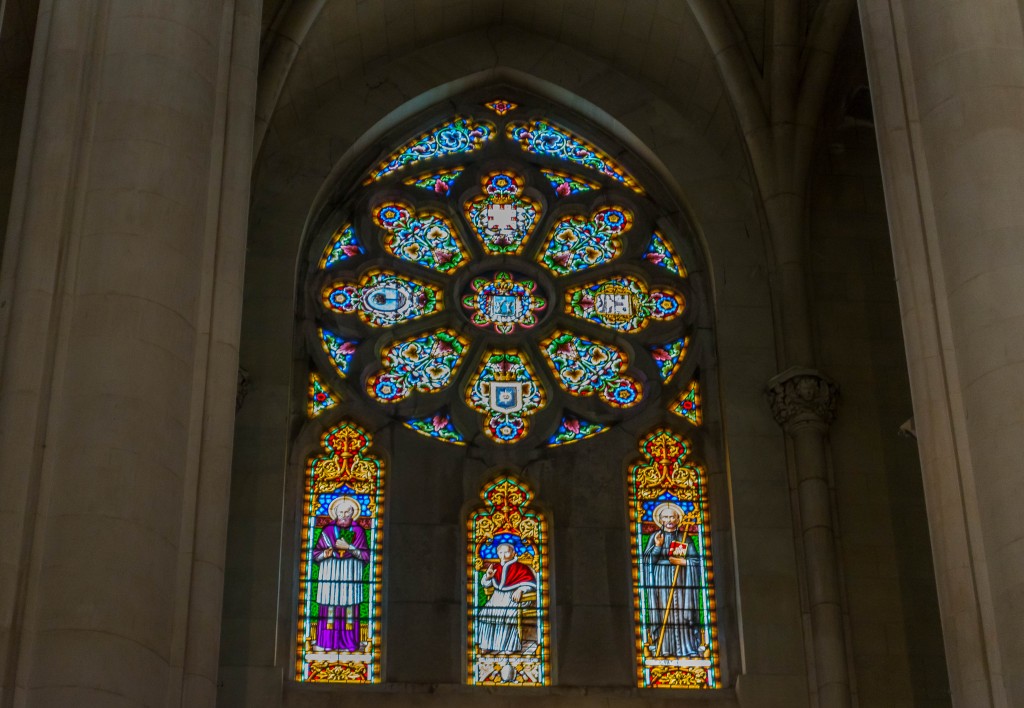 Glass works in the temple

As i mentioned the amusement park here is a picture of the Ferris Wheel. The park is also famous with the fact that it appeared in the movie of Woody Allen Vicky Cristina Barcelona. 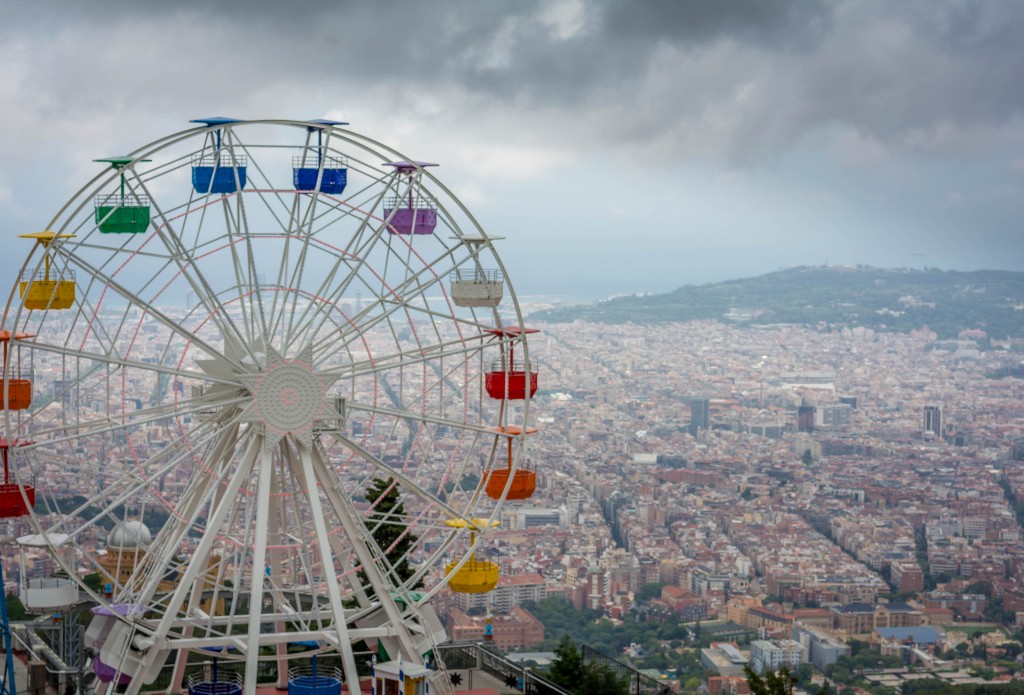 After the nice visit over the city at Tibidabo hill we headed towards one of the most famous sites of Barcelona, not to say the most famous.
The next picture is just a small hint for what you will see in my next post. I leave you guessing which is that place. 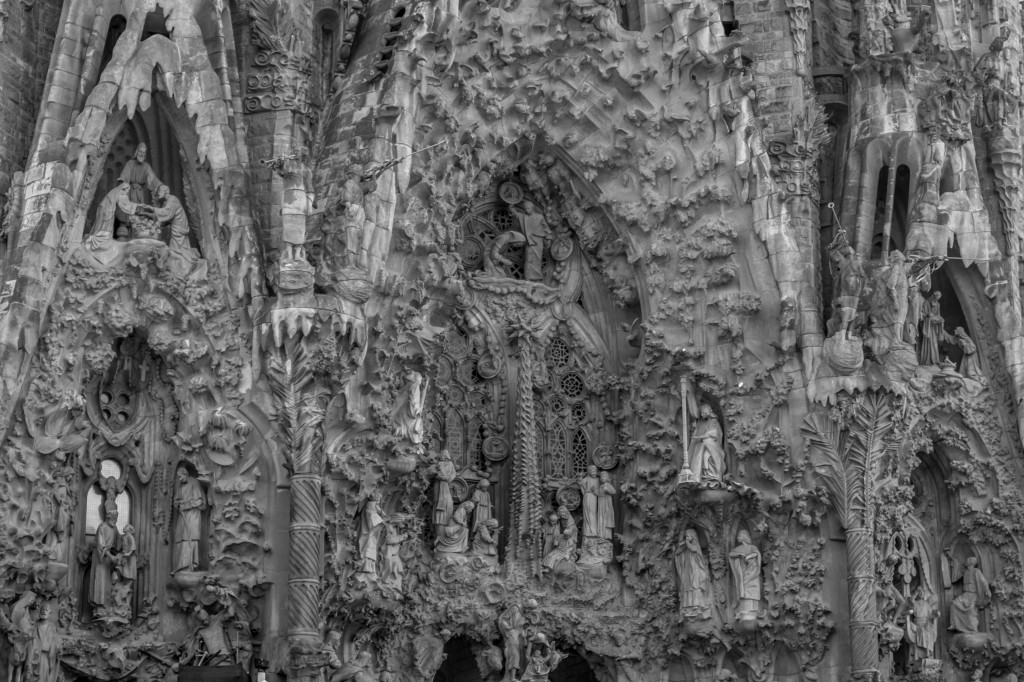 In a considerable proximity to this location above was Park Guell. You will see more pictures of it in my next post. The reason for that is that Park Guell is quite a big park and it needs several hours to visit. Maybe one can shorten it by just visiting the park and skip entering the pavilions at the front of the park. Then you will not pay any entrance and you might not need to wait until the next visit is on the schedule. Each visit to the museum is planned in the interval of an hour and if you arrive after the visit you would have to wait that hour. We did not, so we saw just the park which was more than enough for us. 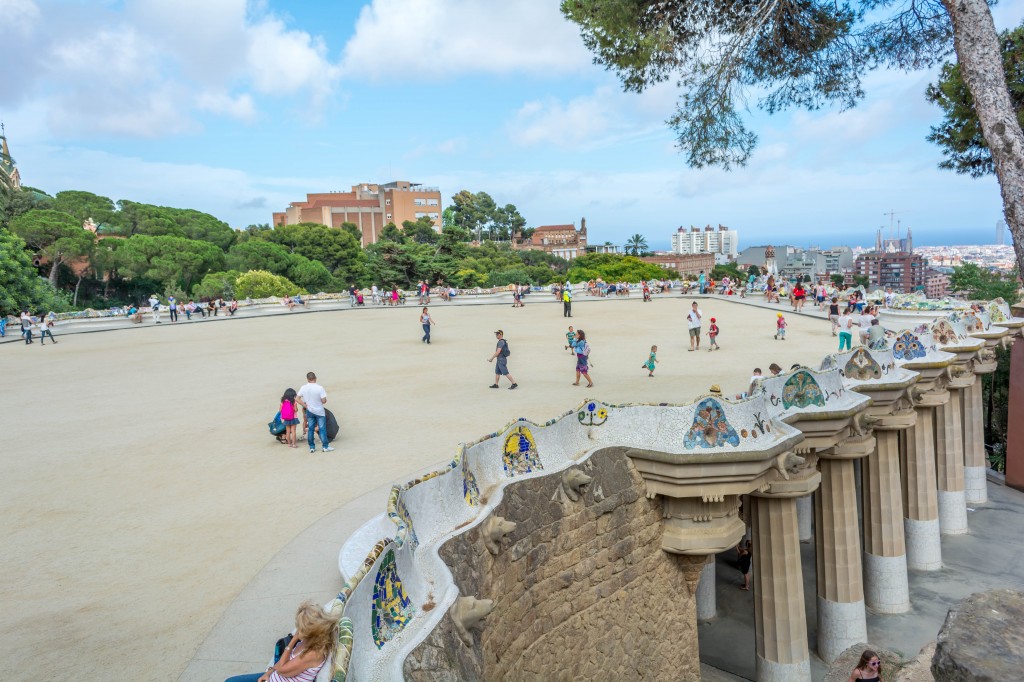 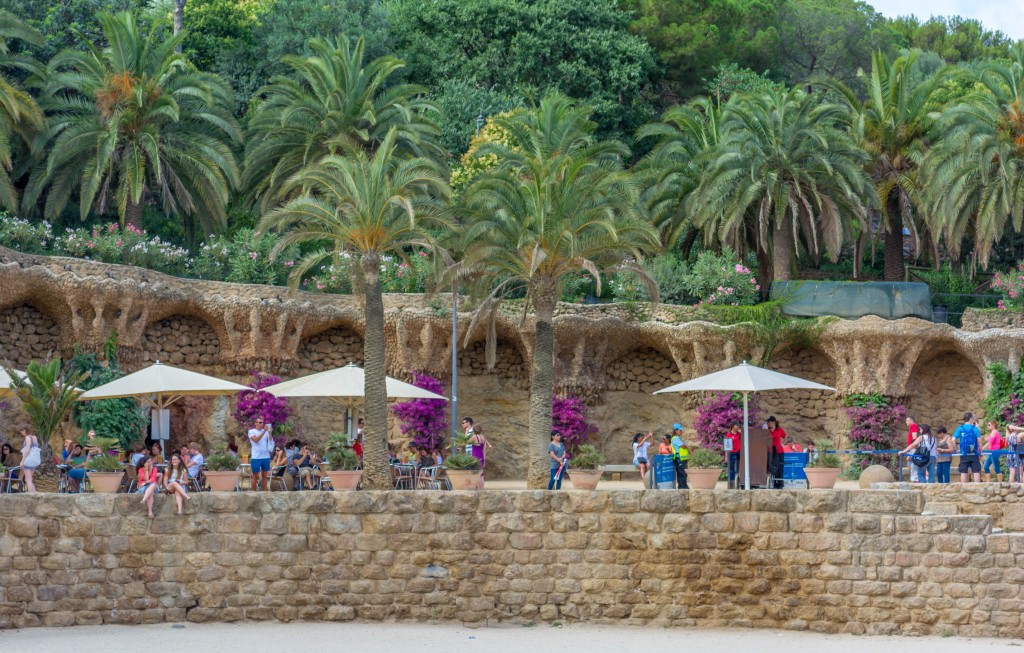 Since we decided to see Park Guell on the next day, we headed towards one place that most people call „hidden gem“ of Barcelona. That is Hospital de la Santa Creu i Sant Pau. We could not enter as there were some guests and guards at the entrance, so we went there the next day to see the yard. The hospital is UNESCO protected, and is a complex of buildings built between 1901 and 1930. It is designed by Lluis Domenech i Montaner and it was fully functioning hospital until June 2009. This summer of 2014 it was still in restoration. The hospital’s former six small medieval buildings were found in 1401 and merged near the center of Barcelona.
The picture below shows just a bit from the main building. In my next post you will see much more from the other small buildings and the courtyard. 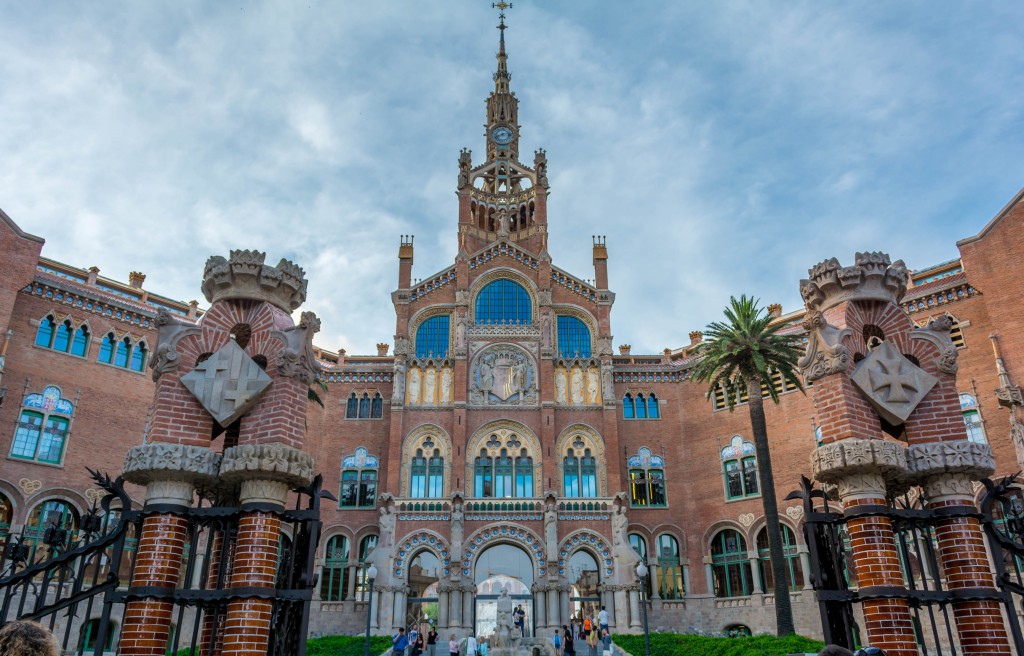 As I promised in one of my previous posts you will see some pictures of night Barcelona. The same day we made a walk in the city at night.
The area around Torre Agbar is very nice also for the fact that people can lay down on the grass and stay till late with friends. There is also interactive light show that works as follows-one sing in a microphone funnel and depending on the tones the lights at the ground start changing colors and sequence of enlightening. 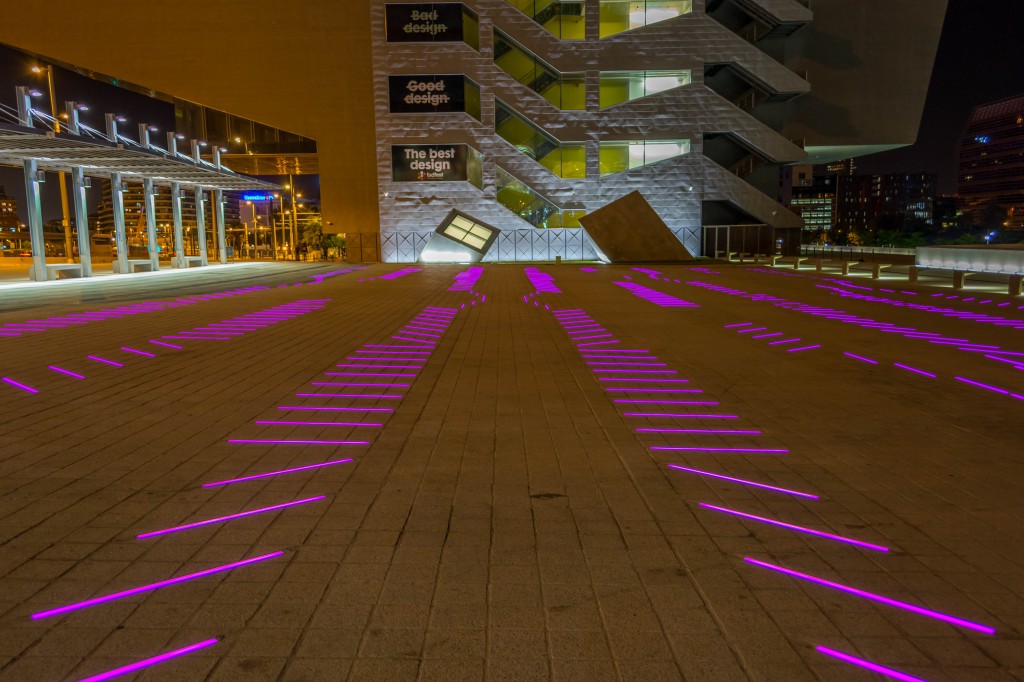 The weird reflection picture below is the inner part of the roof of a small square used for flea markets location. We decided to be creative that night. 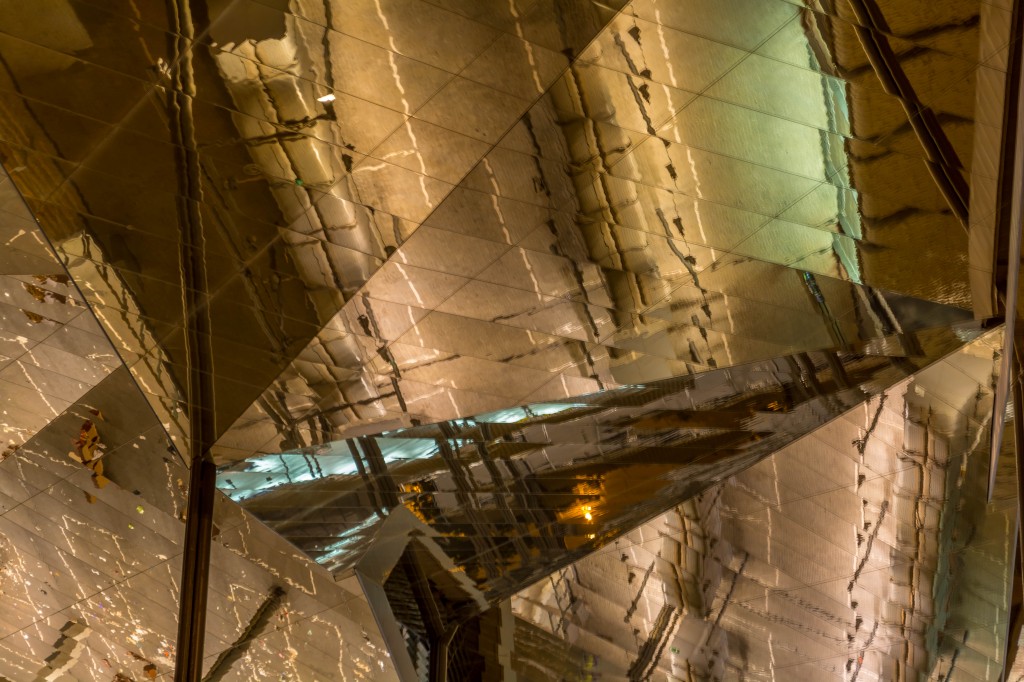 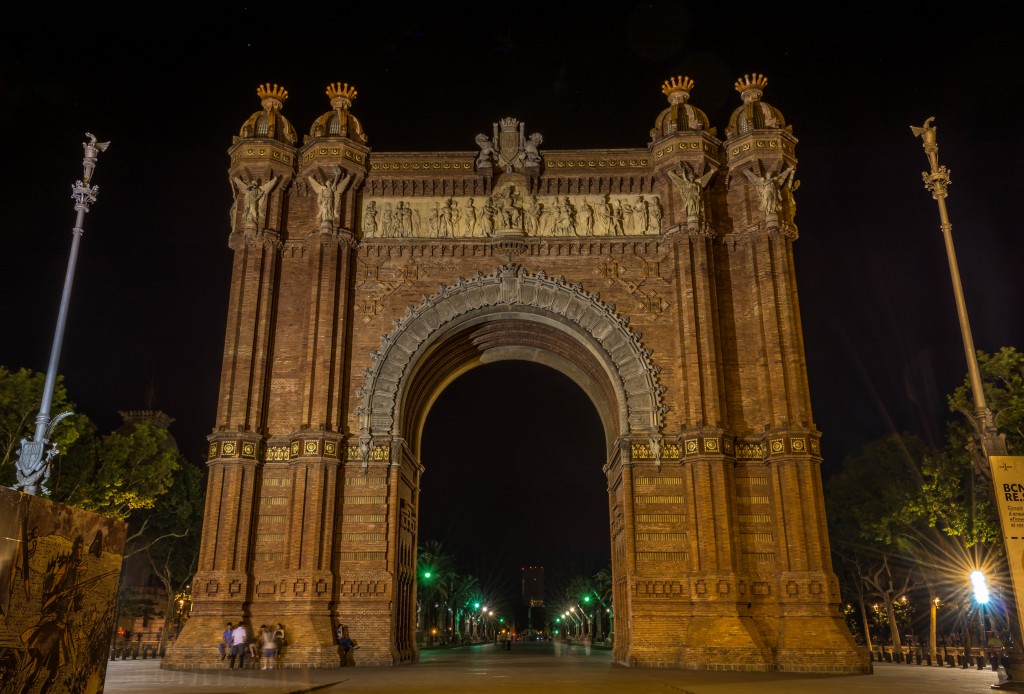 Night walks are always very refreshing and people are around. The city is safe and lighten from numerous street lights. Inspiring. Stay tuned for 2 more days of Barcelona.