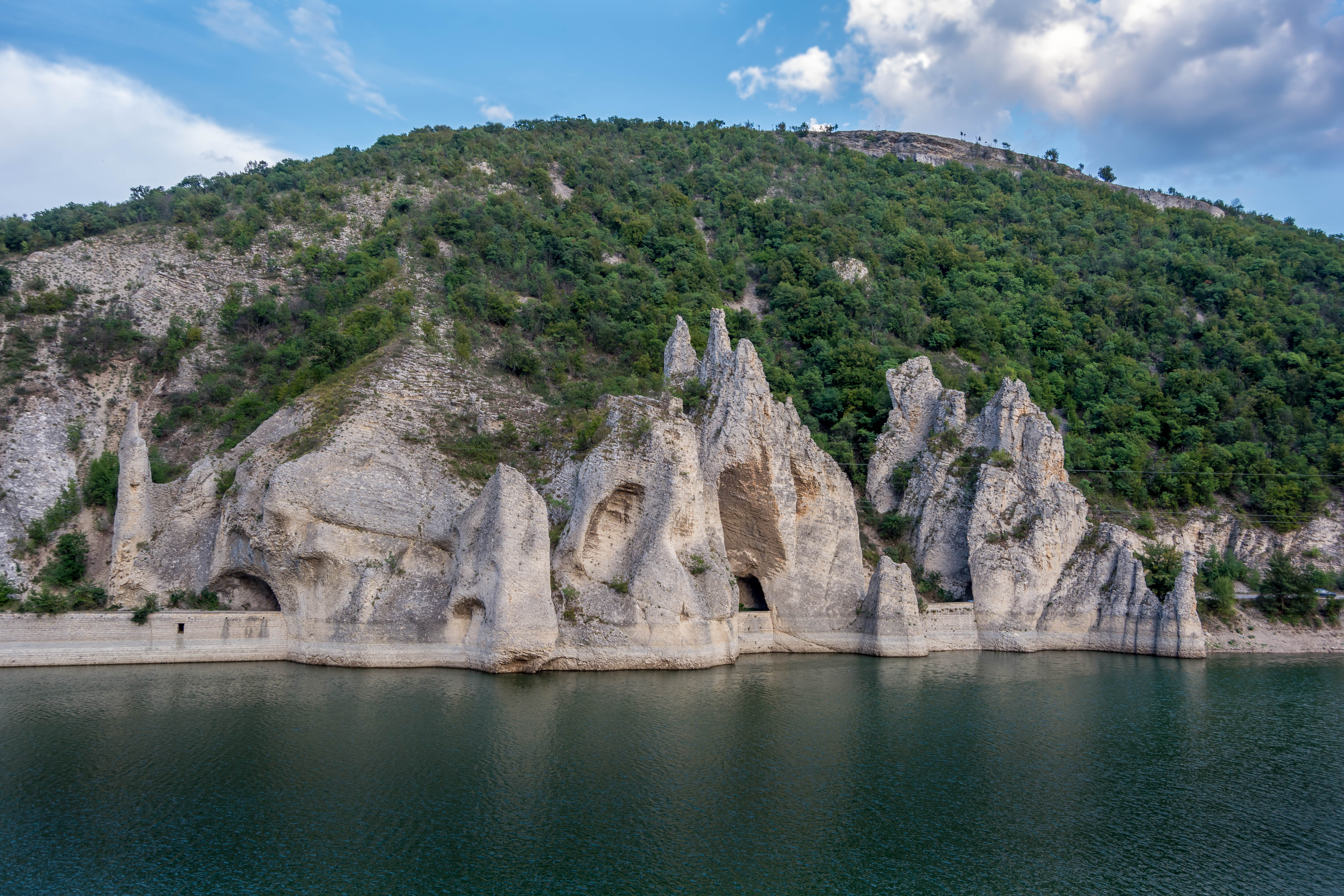 This post bears one well-known saying: „Traveling is the only thing you buy which makes you richer“ because you will witness one great phenomenon. It is the rock phenomenon of Wonderful Rocks.

It is located on about 4 km from the village of Asparuhovo, municipality Dalgopol, Varna region. It was declared a natural landmark in 1949, and covers an area of ​​12.5 ha at the coast of lake „Tsonevo“. Wonderful rocks represent a massif of about ten beautiful rock with a height of 40-50 meters, resembling castle towers. They are formed by the impact of water and wind on the limestone. The rocks emerge directly from the shores of the lake „Tsonevo“ where they are steepest and vertical.

The phenomenon consists of three massifs. Through their entire length three tunnels were dug through which an automobile road passes. Since it can be seen from the main road, the rocks often attract travelers who stop by to enjoy the view. Opposite Wonderful Rocks there is a hut, which provides accommodation.

The area has a lot of interesting caves, rocks and holes, some inhabited by large raptors.

There are some rocks, equipped with climbing routes which are located on a 10-minute walk from the natural phenomenon of Wonderful rocks. One can reach them up a steep path, area which was once the site of a stone quarry. The climbing rocks in are in the shape of an arc, with typical ceiling in their upper part. One of the national championships in climbing was held in this area. There were 8 routes purposefully equipped due to the championship. Gradually the rocks were further equipped and maintained, so now there are 18 equipped climbing routes from 6th to 10th challenge category.

It is strictly forbidden  cracking and weathering of the rocks, as well as placing drawings on them.

I zoomed in to show you how the automobile road goes under the rocks on the next two pictures. You have to see this phenomenon. 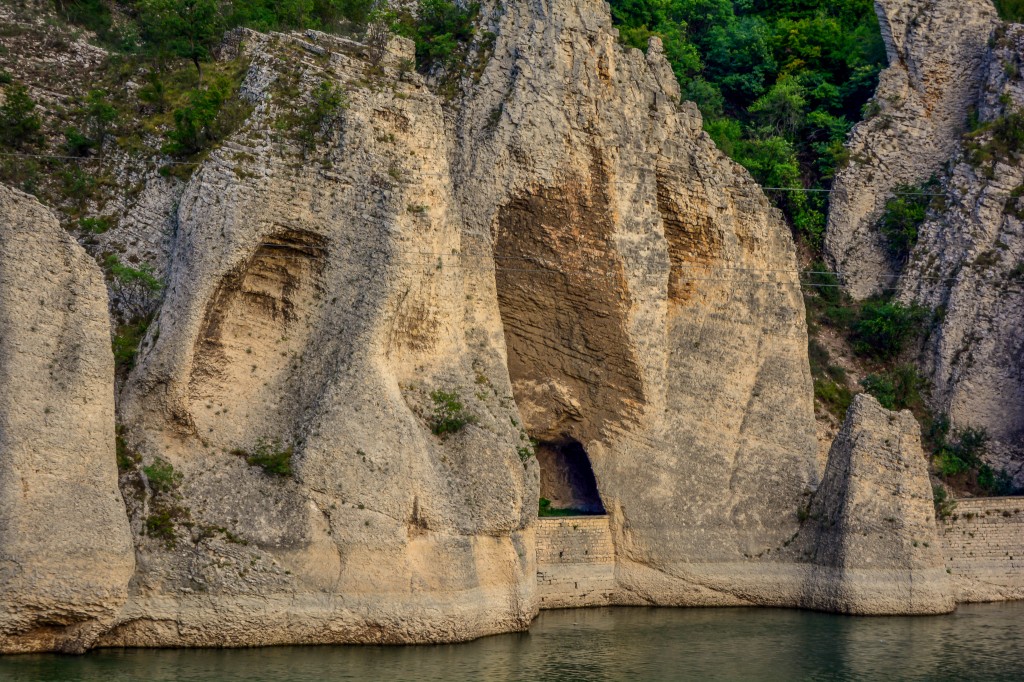 Just few hundred meters away we stumbled upon a huge storks flock. They were so many that we stopped and took photos of them. Bulgaria is very preferred summer destination for this kind of birds. They are also part of many Bulgarian traditions too. Like 1st of March tradition of Baba Marta. 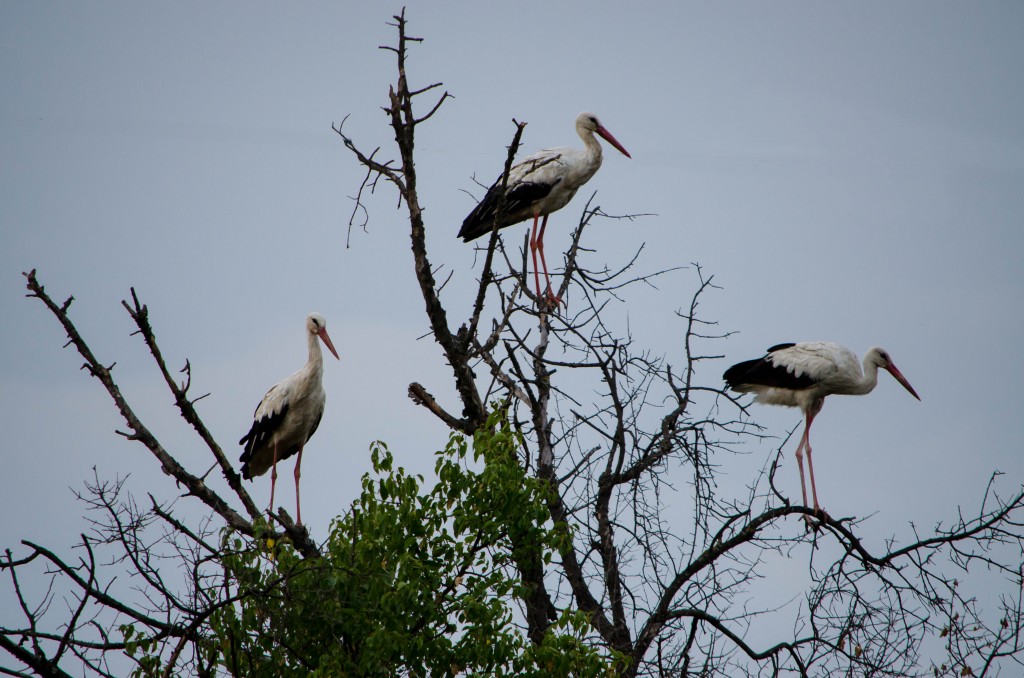 See you around for more Bulgarian wonders 🙂