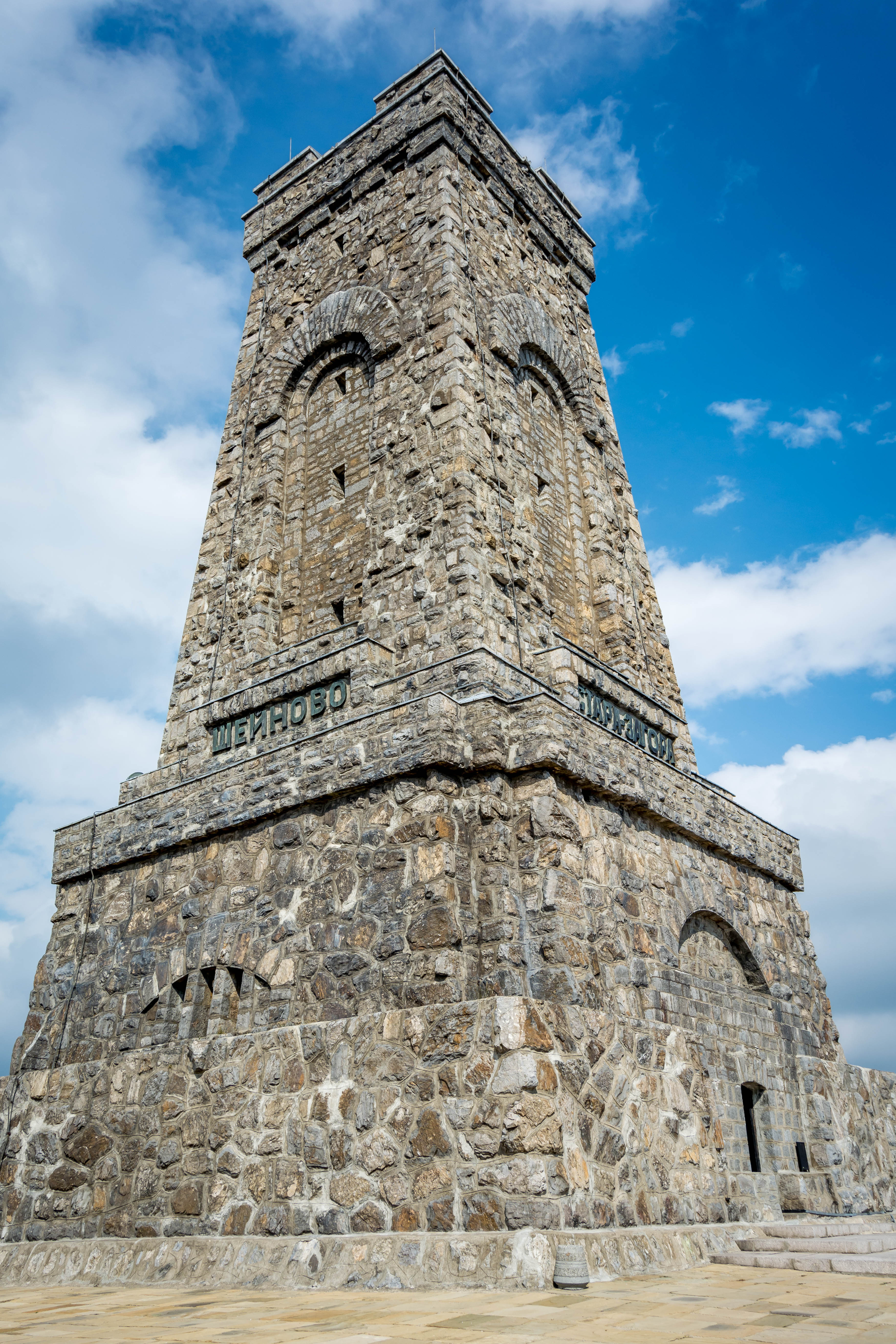 In this post I will present to you one of the most important symbols of Bulgarian freedom from the Ottoman empire.

Monument of Freedom (also Shipka Monument) is a monumental sculpture located on Mount Shipka in Stara mountain. The mount is 1326m over sea level. It is located to the east of Shipka automobile mountain pass.

The monument was built in connection with the dramatic military events of the Russo-Turkish War. The monument is part of the National Park Museum Shipka. The monument was built to commemorate the heroism of the soldiers who died for the freedom of Bulgaria defending the country on this place during the Shipka battle where several crucial battles had taken place during the Russo-Turkish war of freedom in the summer of 1877, and which ultimately decided the liberation of Bulgaria and its future. 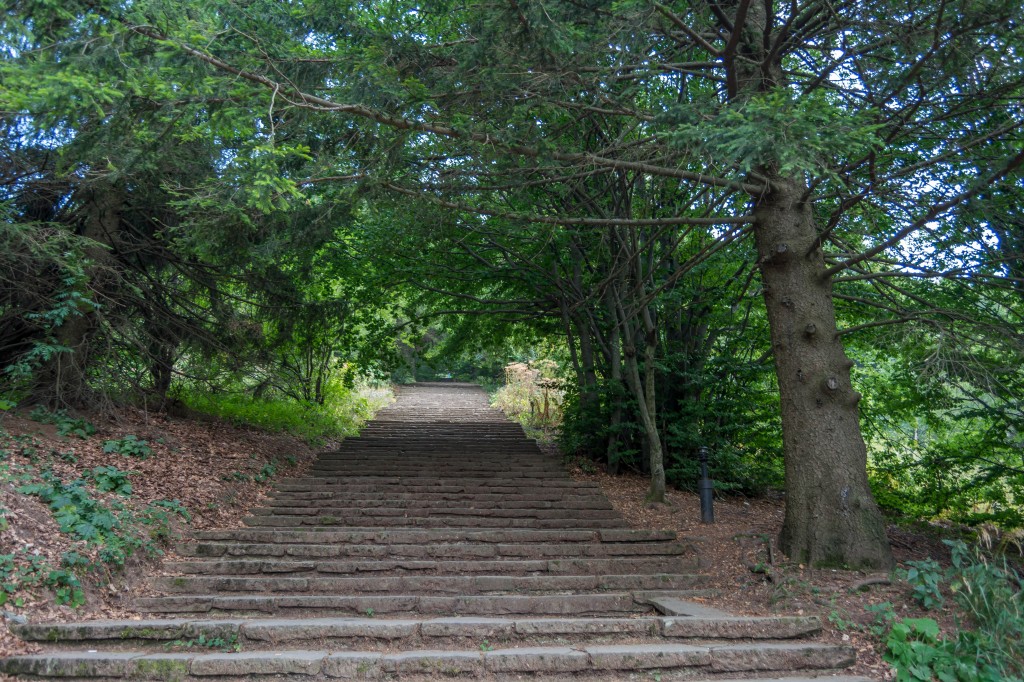 On the way to Shipka Monument

One can reach the monument in two ways, by taking the automobile road or by taking the stairs you see above. We took the stairs.
It is a beautiful forest where you can see nice plants and enjoy the fresh mountain air. 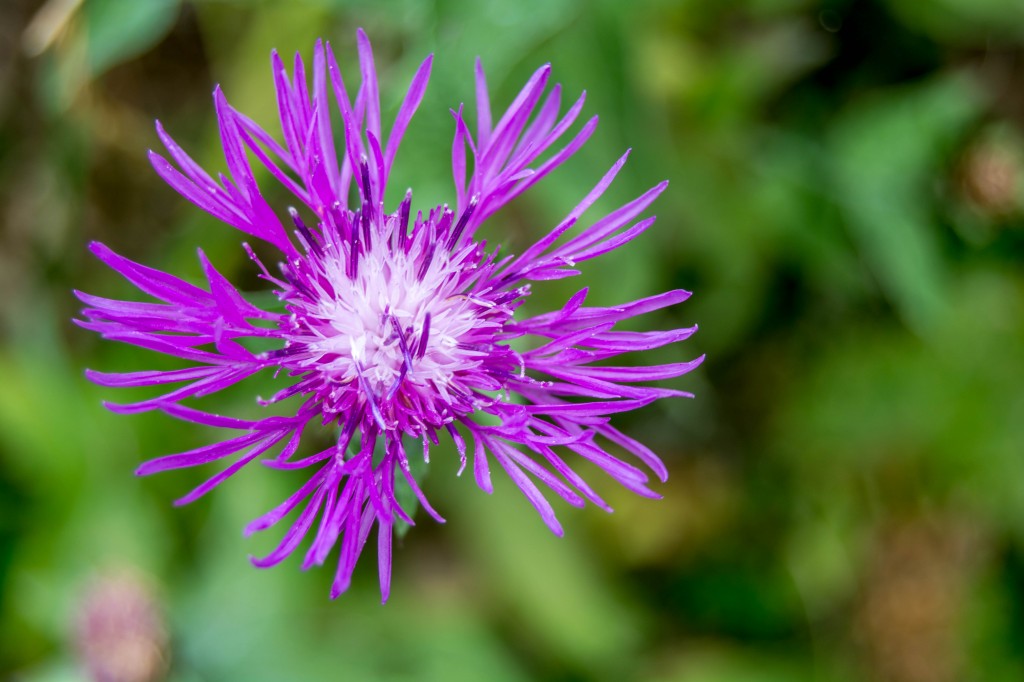 When we walked around 20 min. we came to the start of the Shipka National Park Museum. The picture below says:

„Time passes, but there is no oblivion
for the Russian soldiers, and their proud descendants
for their bravery and valor and glory
for their grandchildren with sparkling stars, and there isn’t more stronger, more dear fortune
and there isn’t more faithful, more fatherly shield
than the Bulgarian-Russian Slavic brotherhood
made of fire and blood and granite.“ 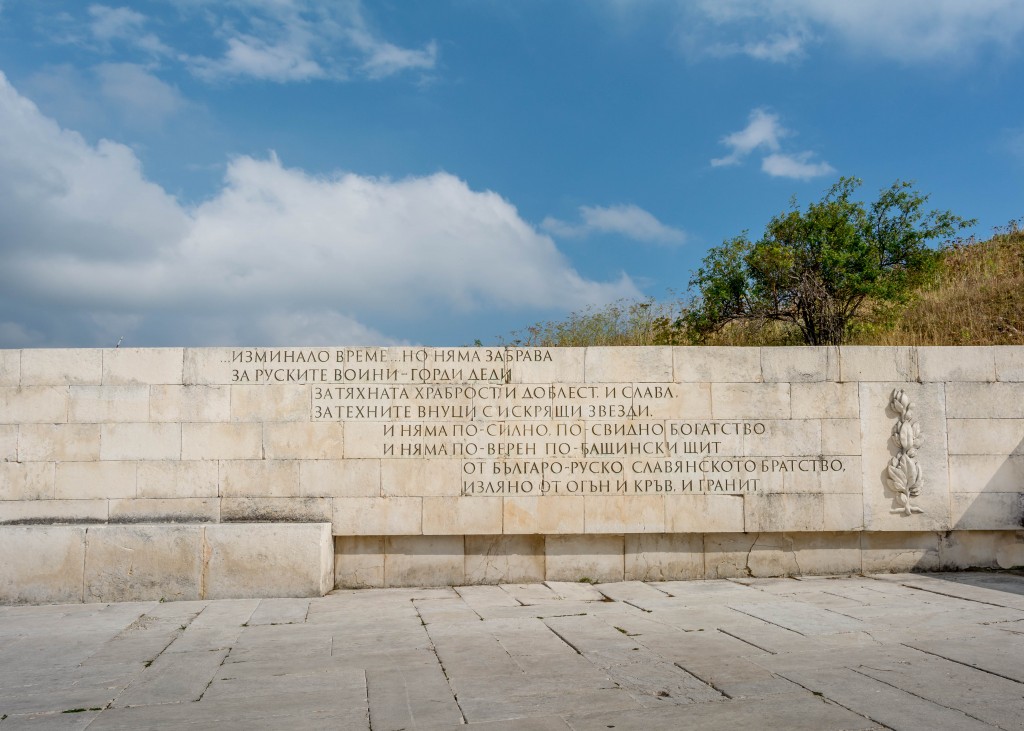 After we took a deep breath and read those powerful words we headed to the last few meters and reached the monument.
It is a large tower of dolomite in the shape of a truncated pyramid with a height of 31.5 meters. Above the entrance of the tower stands a huge bronze sculpture of a lion which is 8 m long and 4 m wide. On the other sides of the tower the places of major battles – Shipka, Stara Zagora, Sheinovo are inscribed. Female figure represents the victory over the Turkish troops. On the ground floor of the monument a large marble sarcophagus is located, which keeps some of the bones of the Russian  and Bulgarian soldiers. There are 4 other floors above it, where there are some copies of the Bulgarian military flags and other relics. One can enjoy a beautiful view on the top of the tower, i.e. on top of Shipka and the surrounding area. 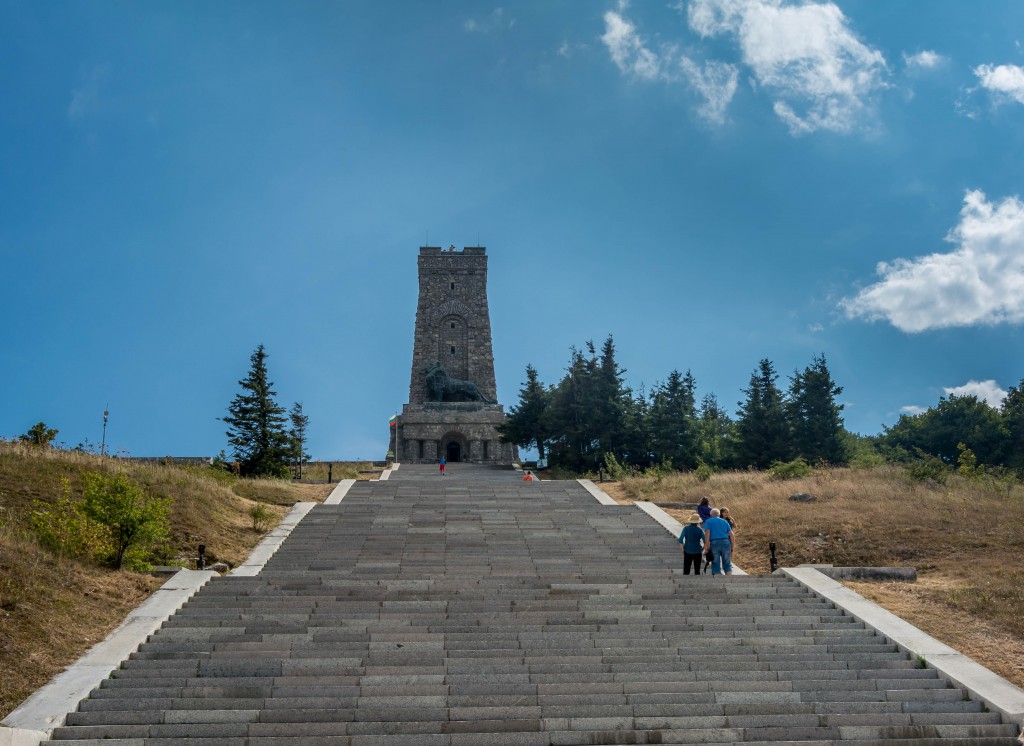 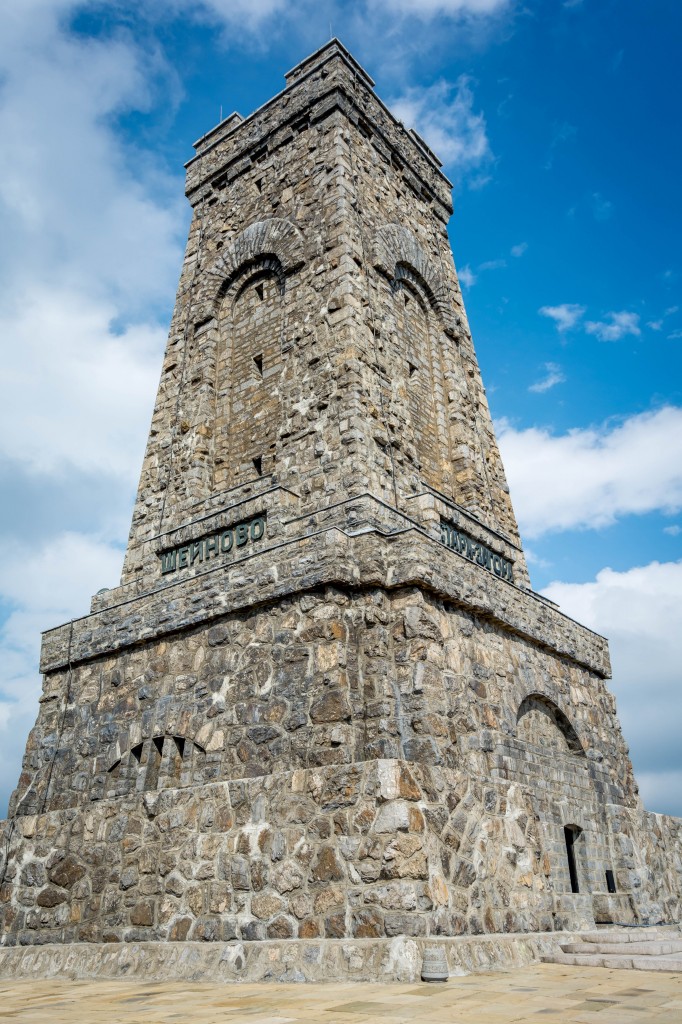 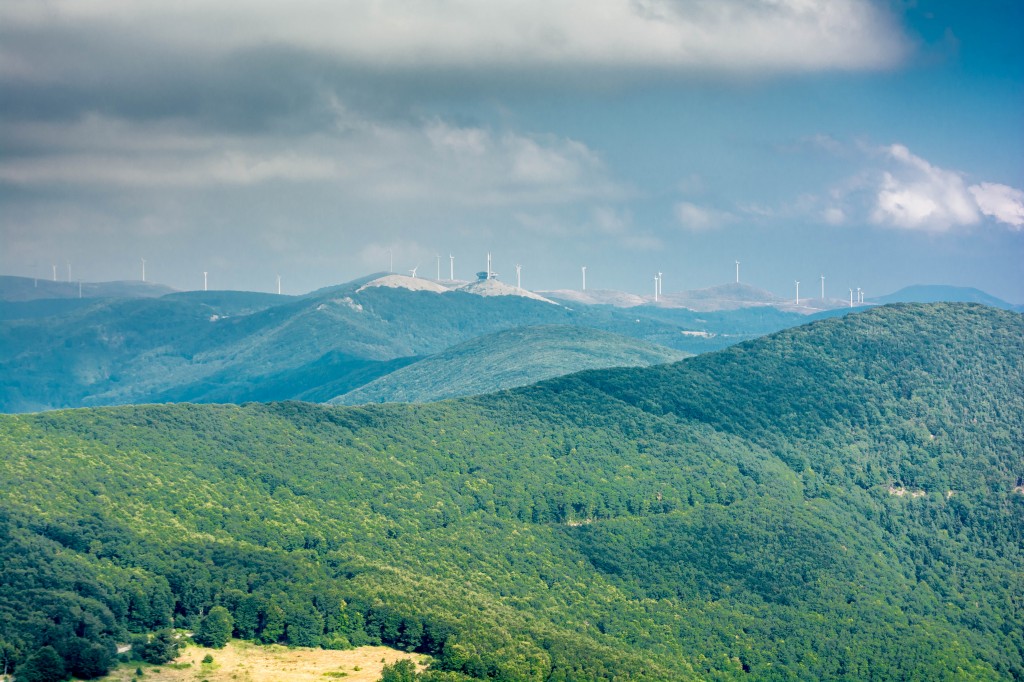 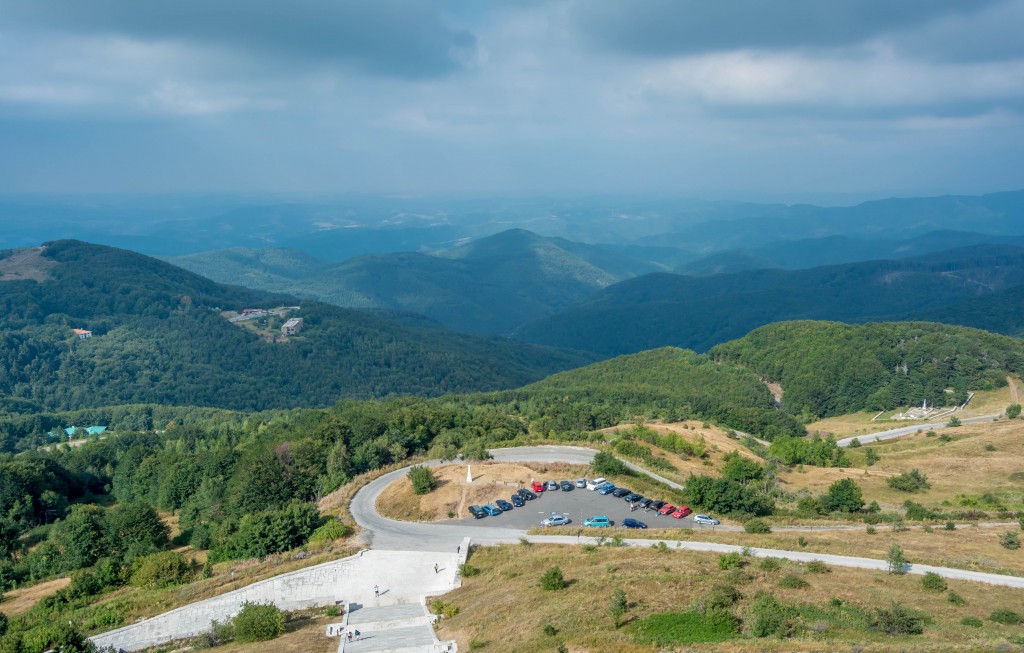 Bulgarian society respect and honor the national and historical merit. Along with Levski and Hristo Botev, the battles on Shipka are most honored by Bulgarians. This homage is partly due to the work of the poet Ivan Vazov which is called „Soldiers of Shipka„. He is also Bulgarian writer, play writer and National Leader, often called „the patriarch of Bulgarian literature„.

After enjoying the nice views, we headed to Shipka city which is just at the end of Shipka mountain pass. There we saw the Cathedral „Nativity of Jesus“ or also called Shipka Monastery which is christian orthodox church. The temple is dedicated to the memory of the Russian soldiers who died during the Russo-Turkish War (1877-1878). The cathedral cconstruction started in 1885 and ended in 1902 under the guidance of Russian architects. The temple was opened on September 27, 1902 in the presence of the Russian army generals and many honored guests. The cathedral’s huge bells, the largest of which weighs 12 tons, are made of the shell casings of the bullets collected in the area. The official opening and consecration of the temple coincides with the 25th anniversary of the Shipka battles.
Initially the monastery was Russian property, but in 1934 was donated by the Soviet government to Bulgaria. In 1970 the cathedral was declared a historical monument. 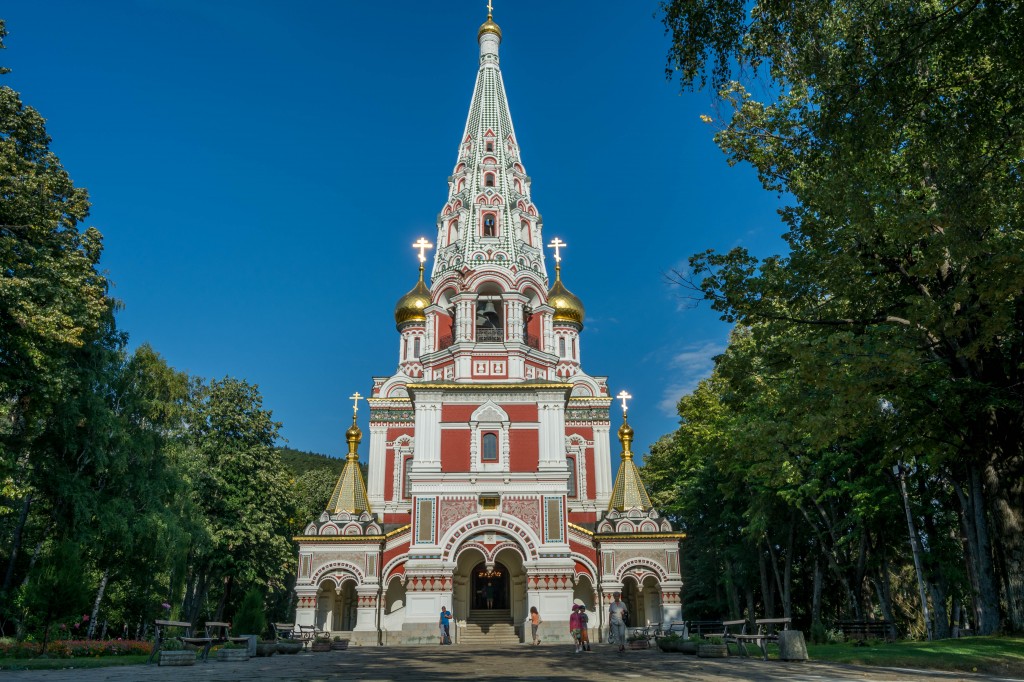 The church has a central dome and other four smaller all with golden crosses on their top. A bell tower is attached to the western facade which has 17 bells. It is 53 m high. On the interior walls and the outside arcade galleries there are 34 wall-marble slabs with the names of 8,491 officers, soldiers and volunteers who died during the Russo-Turkish War (1877-1878) in Bulgaria.
In the crypt under the temple, in 12 stone sarcophagi, were laid the remains of the soldiers who fell for the Bulgarian freedom.
The complex has a church, cloistral enclosure, pilgrimage building, shelter and Theological Seminary.

I hope you enjoyed this trip to Shipka monument and Shipka city where you can witness this wonderful cathedral. It is forbidden to take photos in the interior parts of the church, but you have to go and see its beauty for yourselves.

See you with more Bulgarian gems!