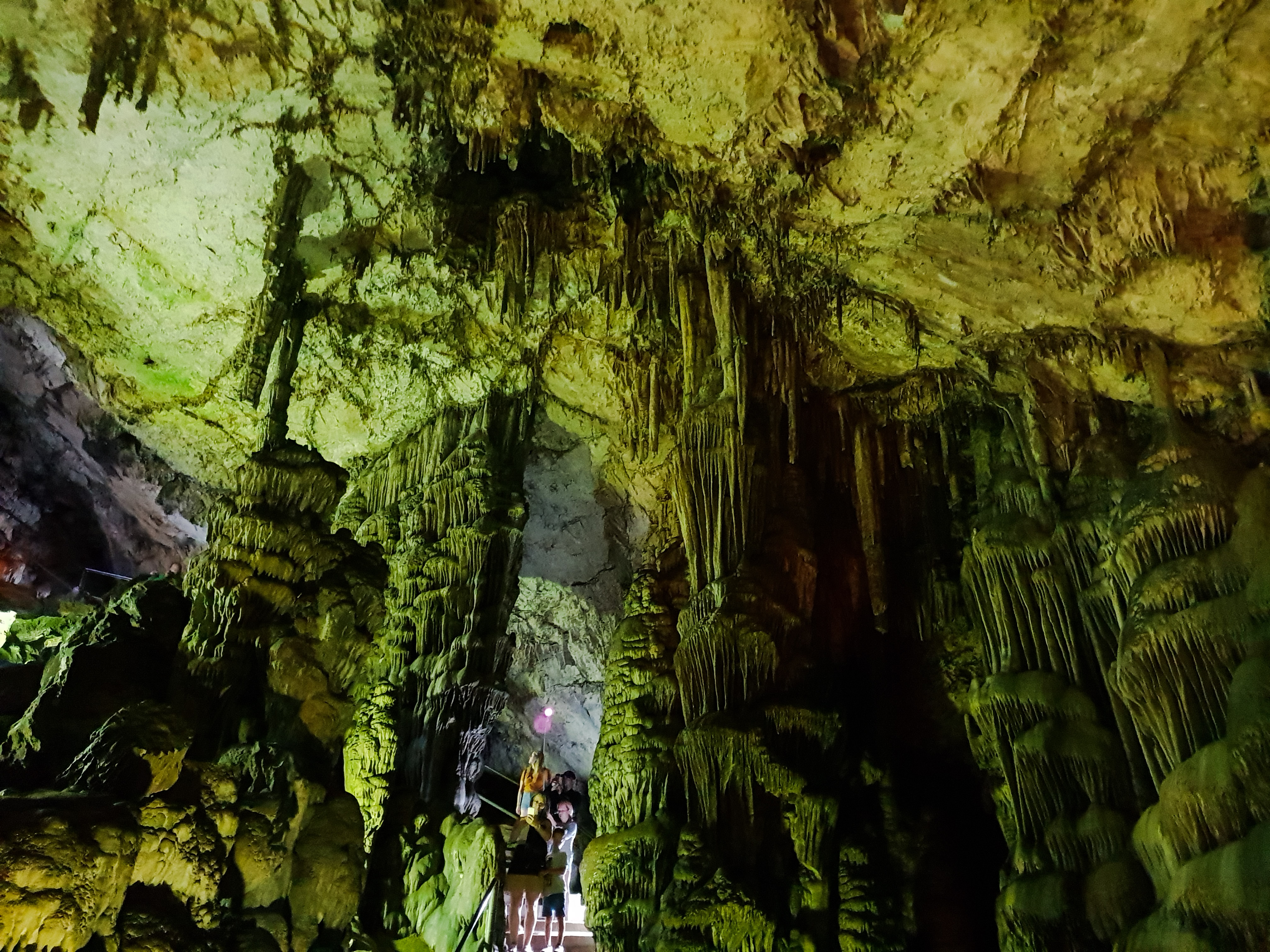 Since winter has approached and summer is already missed, I present to you the hot island of Crete. This post is about a trip we had to the village of Krasi and the Psychro Cave.

All started from the capital of Crete, the city of Heraklion where we departed on a bus excursion with an English speaking guide which lasted 1 full day. I loved it.

We had the best guide, one lady from whom we learned amazing things about the island.

On the way to Psychro Cave, we visited two monasteries. I remember there was entrance fee for one of them. Inside we could see a really interesting custom where people were hanging chains on themselves few times and removing them- a way to pray for health. The garden of The monastery was very cute, and the views as well. I do not remember the name of this place unfortunately. 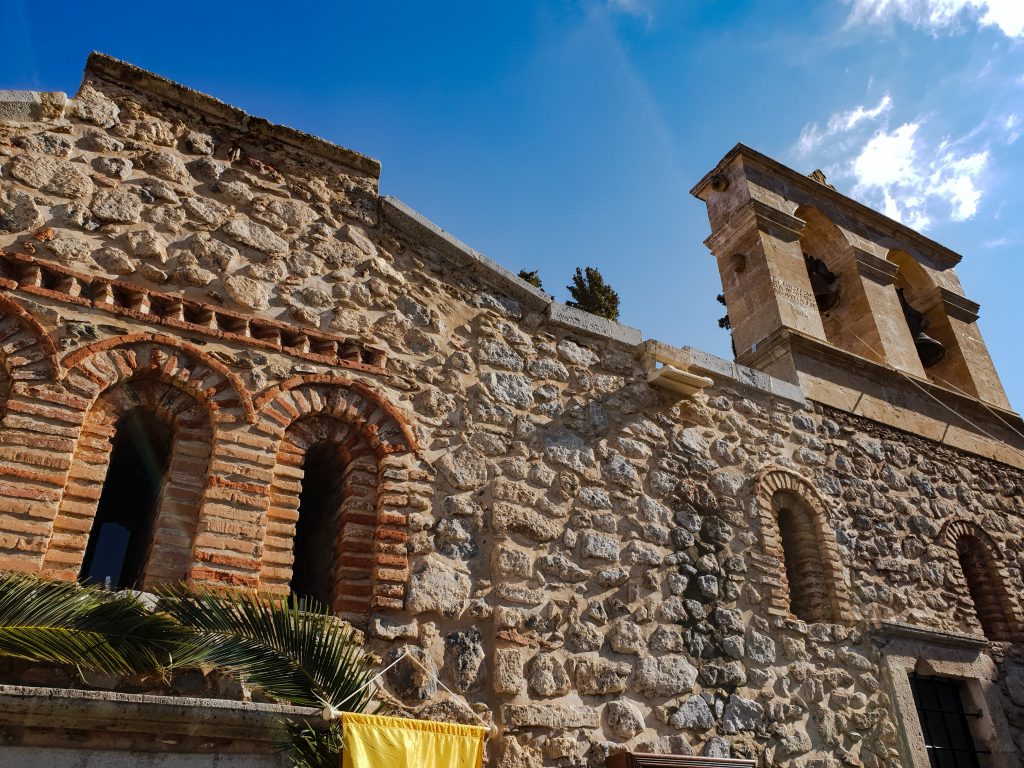 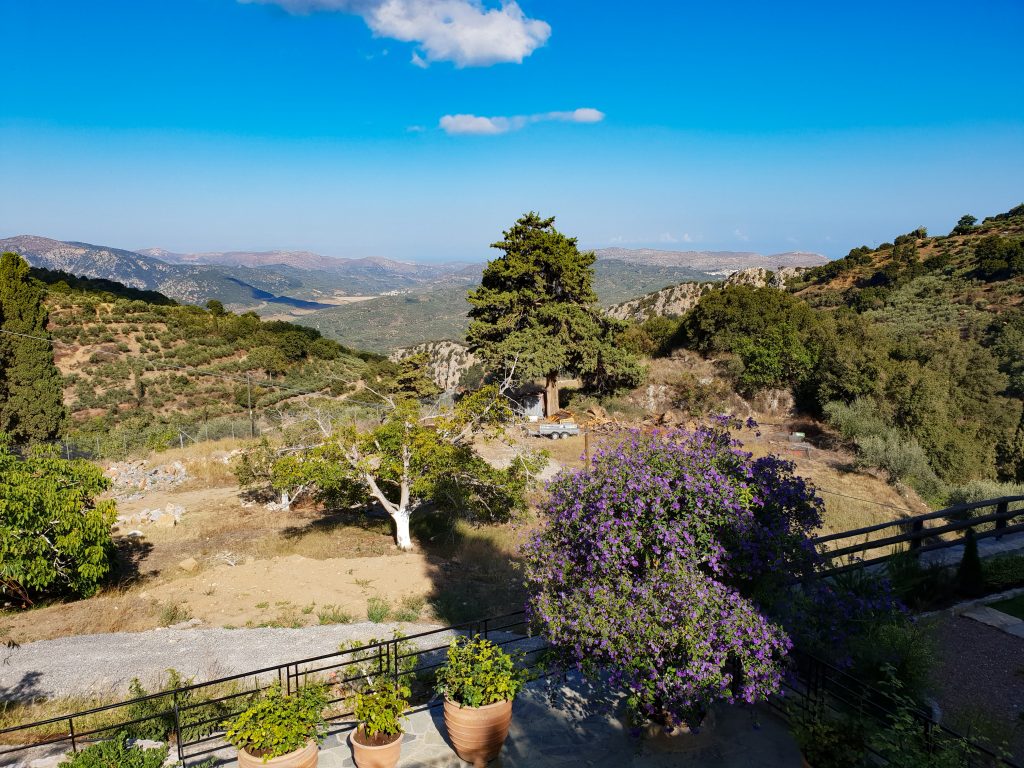 To reach the village of Psychro we had to ascend the mountain and arrive at Psychro village, where we could enjoy a great view over the Lassithi plateau. The forests you see below are home to evergreen oaks. 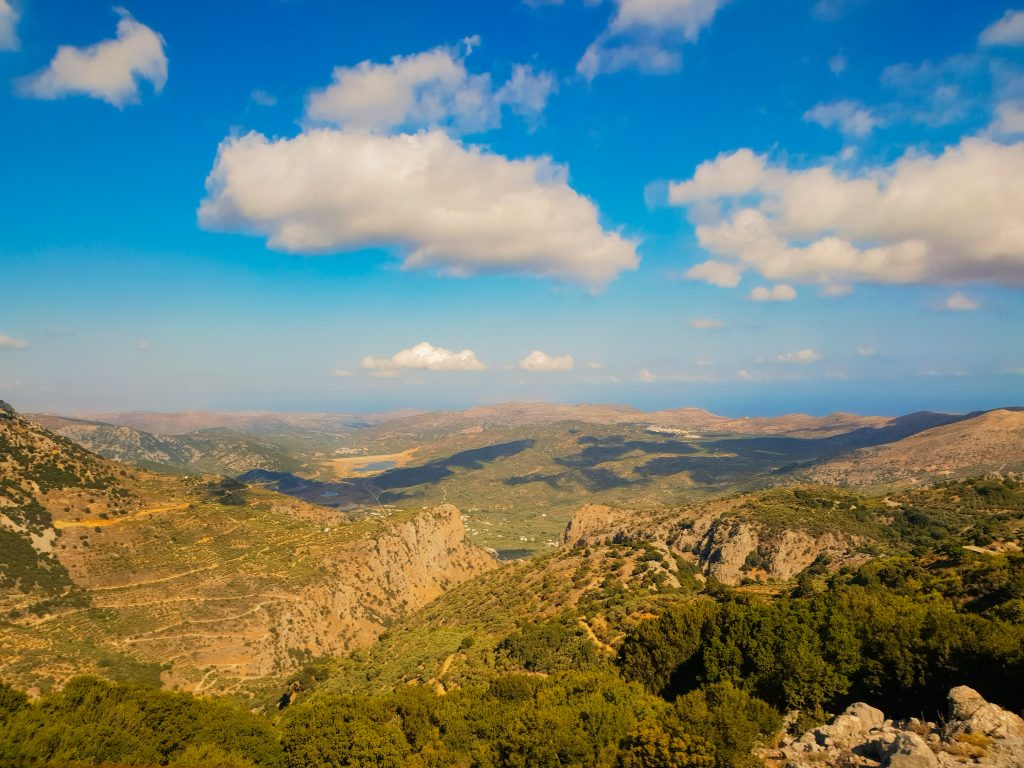 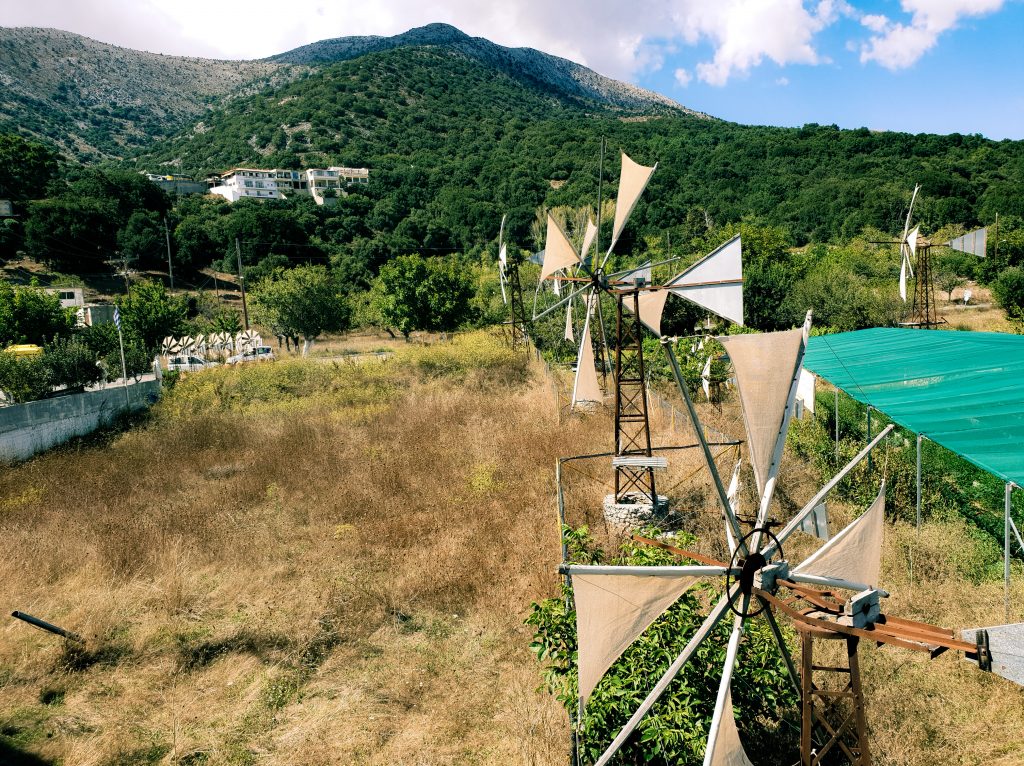 When we finally descended the mountain curvy and stretch roads, we reached a family owned business where we could try Homemade Rakki „strong 40% alcohol drink“ and virgin olive oil from Crete.

Most surprising for me was to learn that there are 40 million olive trees on Crete. The place where we stoped had a pottery workshop and souvenirs store. The wind mills you see in the above photo were once used to irrigate the rich soil of the Lassithi plateau. Until 1960s there were 2000 of these. Now irrigation is much more modern. 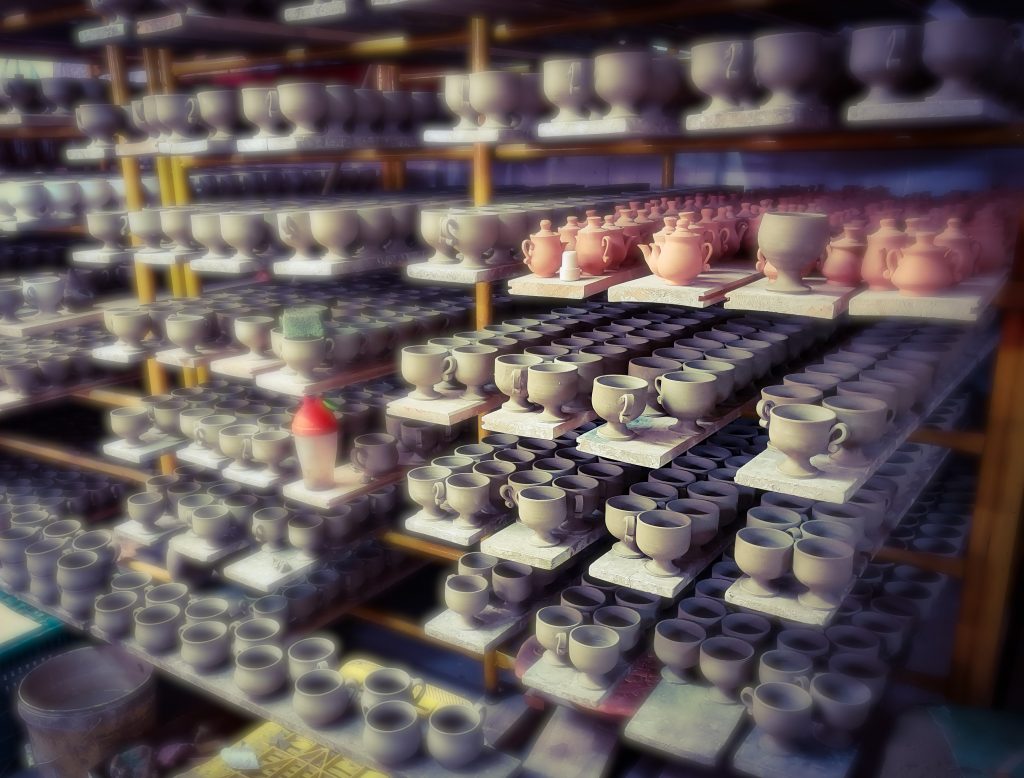 The next stop of our trip was the cave of Psychro. Probably the most scenic on the island. It is not that big but has good cave formations.

The cave of Zeus, also called the Diktaean Cave, is located just 10 minutes walking-distance from Psychro, in Lassithi Plateau, at 1025m. Two paths lead to the cave. The oldest is the stone path. These stones were so worn by thousands of tourists that i found them pretty slippery. The route to the cave is magnificent as the views over the Lassithi Plateau are breathtaking. There is a small entrance fee to visit the cave. The cave, which has an area of 2200 sq.m, is well lit and the paths in form a well-designed path of 250m length. It will not take you more than 20 min to visit it, and tourists are everywhere. 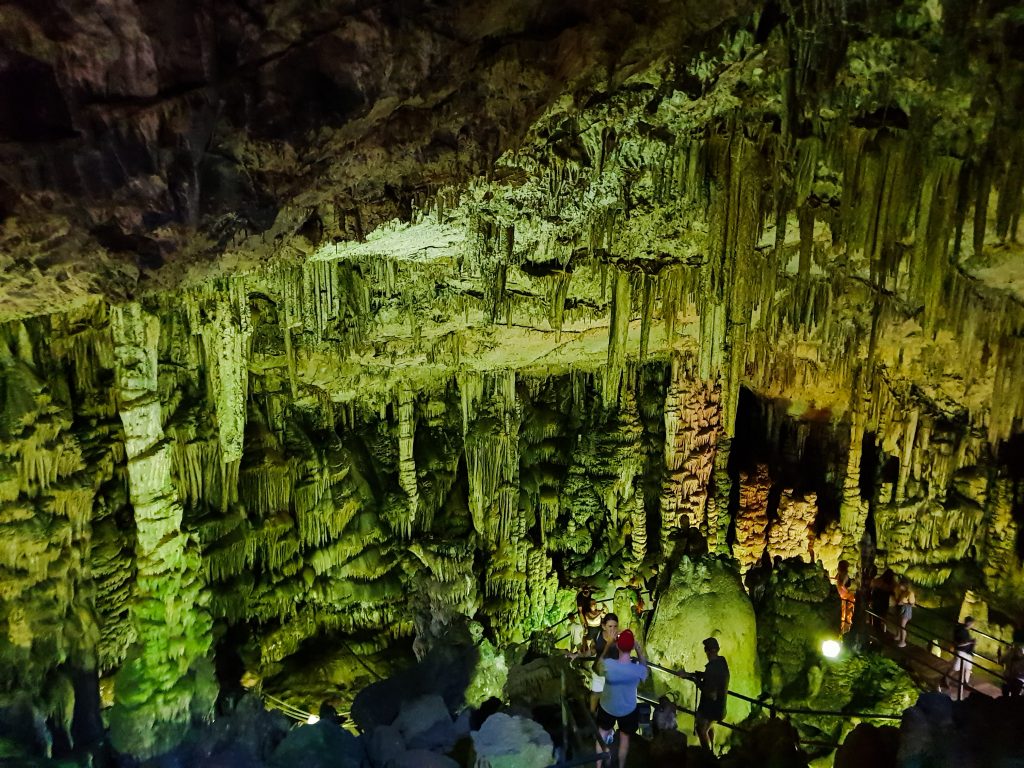 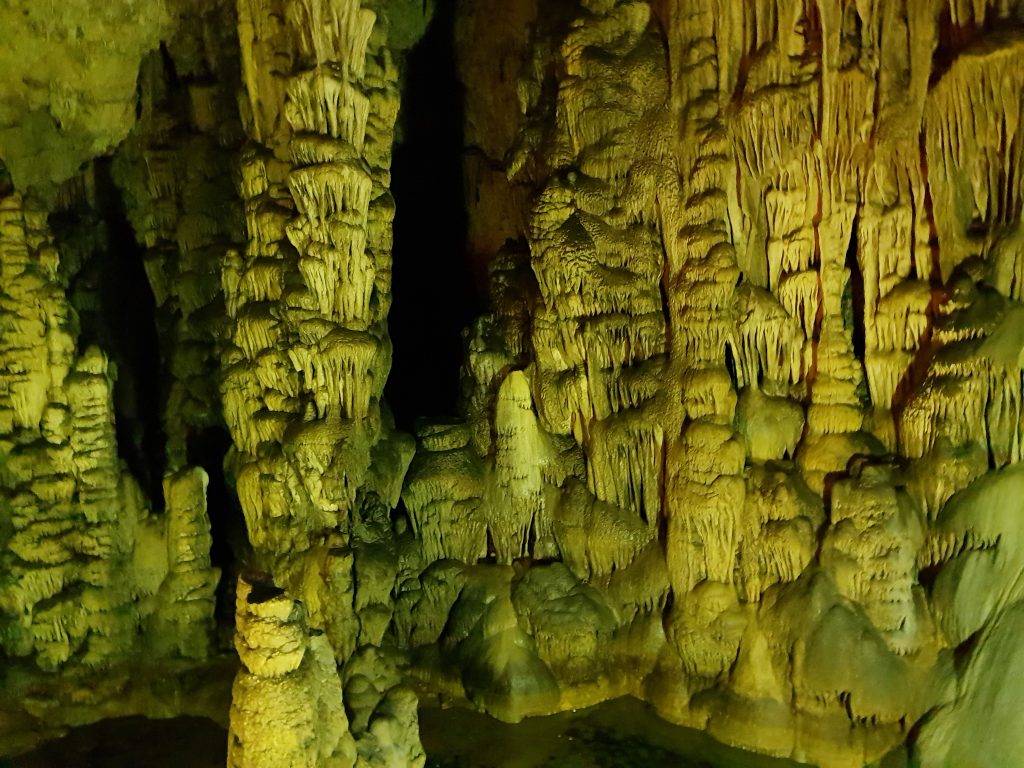 Our next and last stop was the village of Krasi. At the main square you can witness three huge plane trees. Among them is the largest perennial 2400 years old plane tree found next to “Megali Vrisi” (large water fountain) which flow potable water all year round.

The famous Greek writer Nikos Kazantzakis spent several summers with his friends in Krasi which is his wife’s birthplace. Krasi is considered as a place of inspiration and creation for writers and spiritual people. 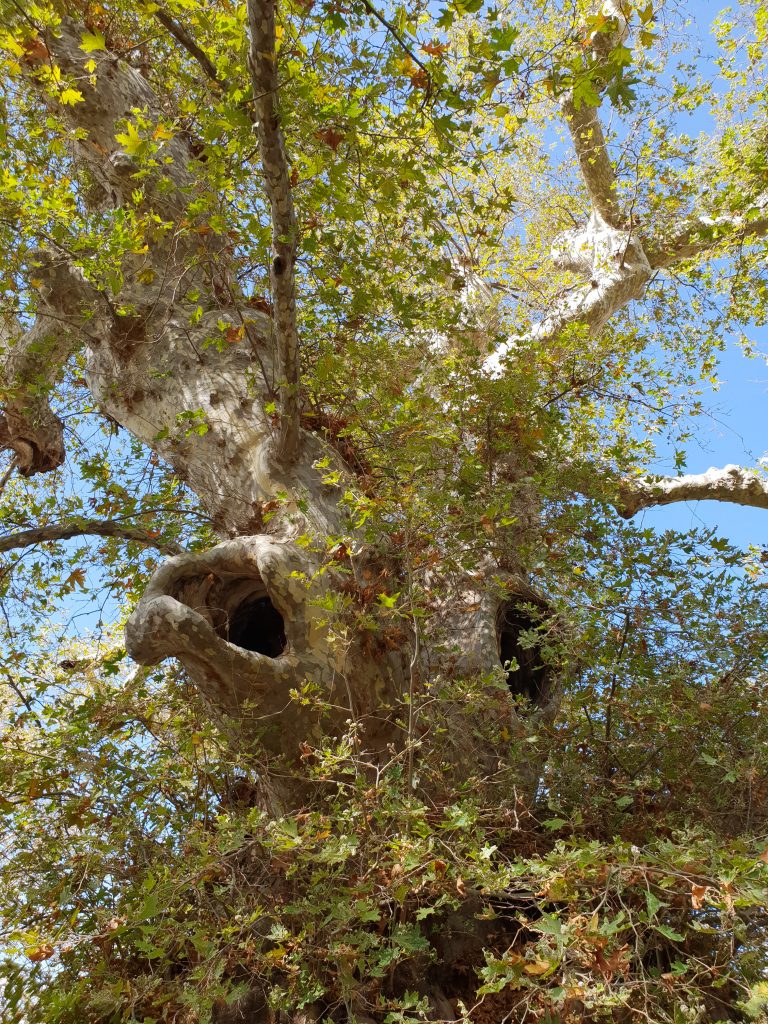 To sum up travelling with a guide on Crete was enriching and we truly felt welcomed. I would definitely recommend this way of visiting many highlights,  as you will just sit, relax, listen, and enjoy. You can also meet great people and be more considerate of the environment.