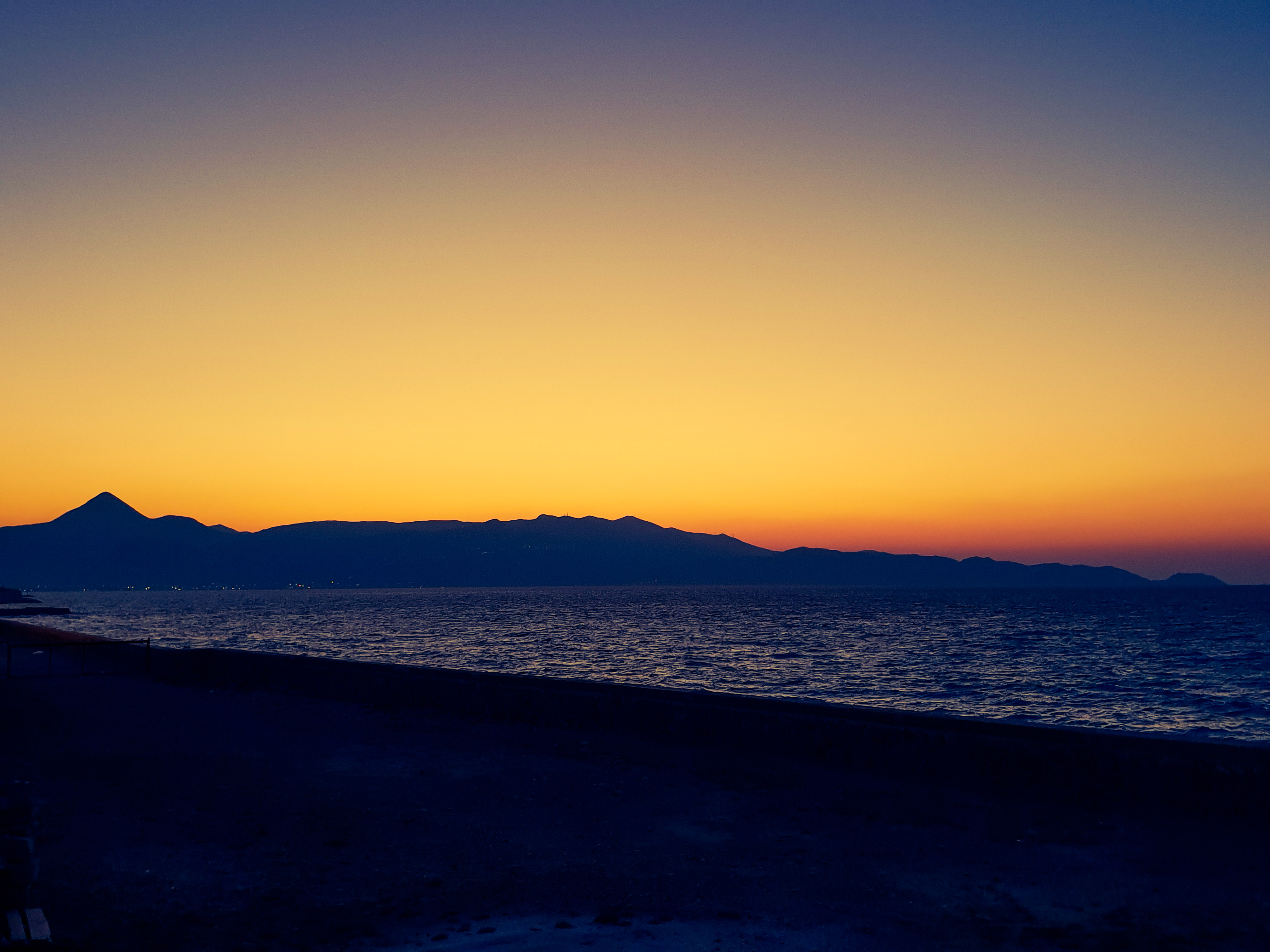 This one post will send you back in time. The capital city of Crete, Heraklion is full of history. You cannot miss the Archieological museum and the palace of Knossos. Since there will be two posts about them, this one will only introduce you to this busy city.

Heraklion is the 4th largest city in Grece and has about 140 thousand inhabitants. Transport is very well established and the city’s airport is one of the busiest in Europe. 7,5 million travellers visited Crete in 2017.

The city was founded by the Arabs in 824, but since then it has been in the hands of many empires. The island was taken over by the Arabs from the Roman empire. Then the city became the capital of „Empire of Crete“ fully surrounded by moat for protection. 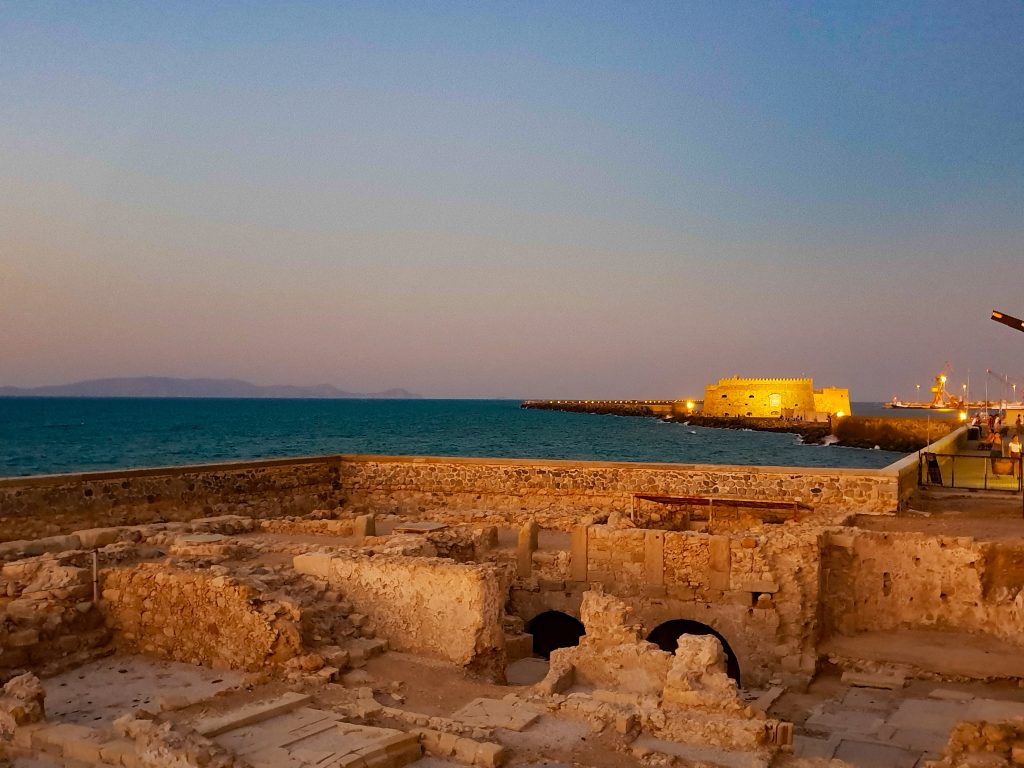 In 1204 the city was bought by „Republic of Venice“ and the Venetians were the ones who built the fortress at the harbour. 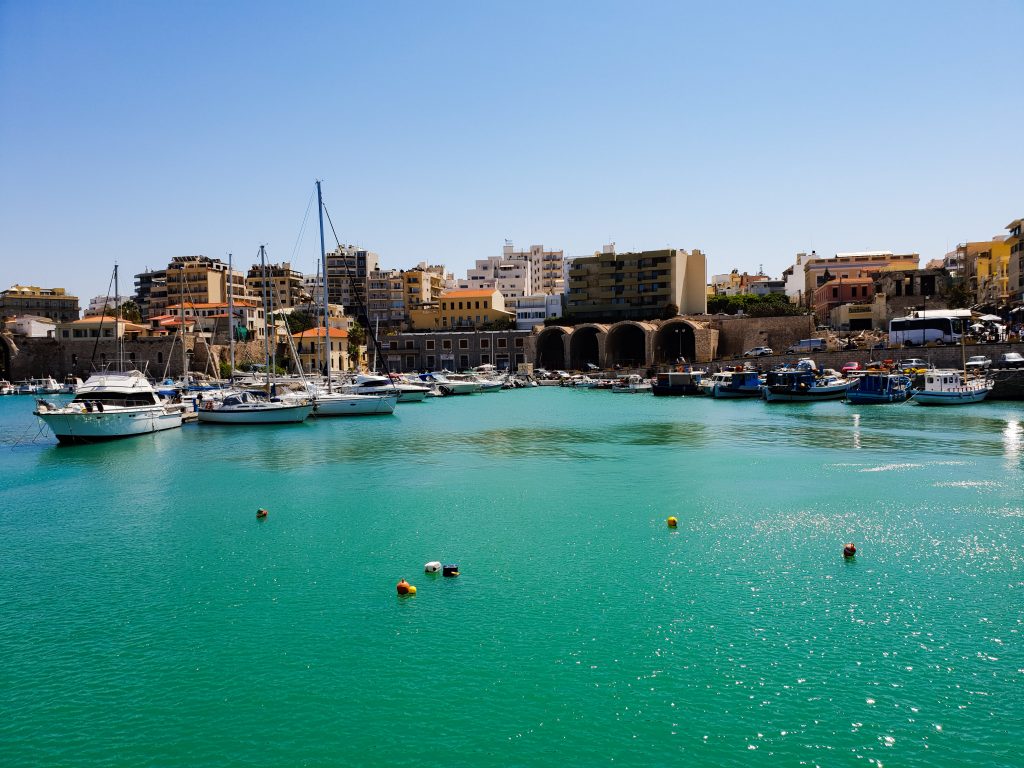 The city has enough to offer for you to spend there several days. It is also most convenient to stay there if you plan to visit other Greek islands and cities,  as the port has daily ferries to Santorini, Rhodos, Mykonos, Athens and many others.

The city center is crowded with bars and ice cream shops. The cactus fruit ice cream we tried there was my highlight. :)))

Below you can see the Ottoman Vezir Mosque built in 1856 on the site of the church of St Titus, and now it is the Basilica of St Titus. I could not enter inside, since that evening there was a wedding ceremony inside. 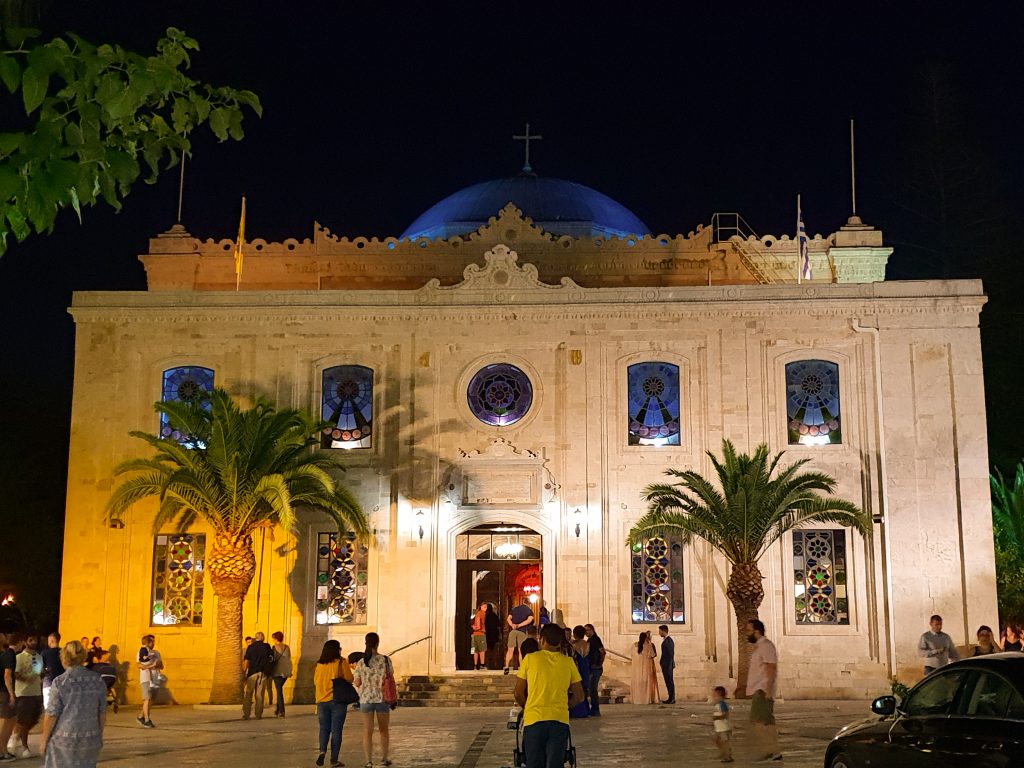 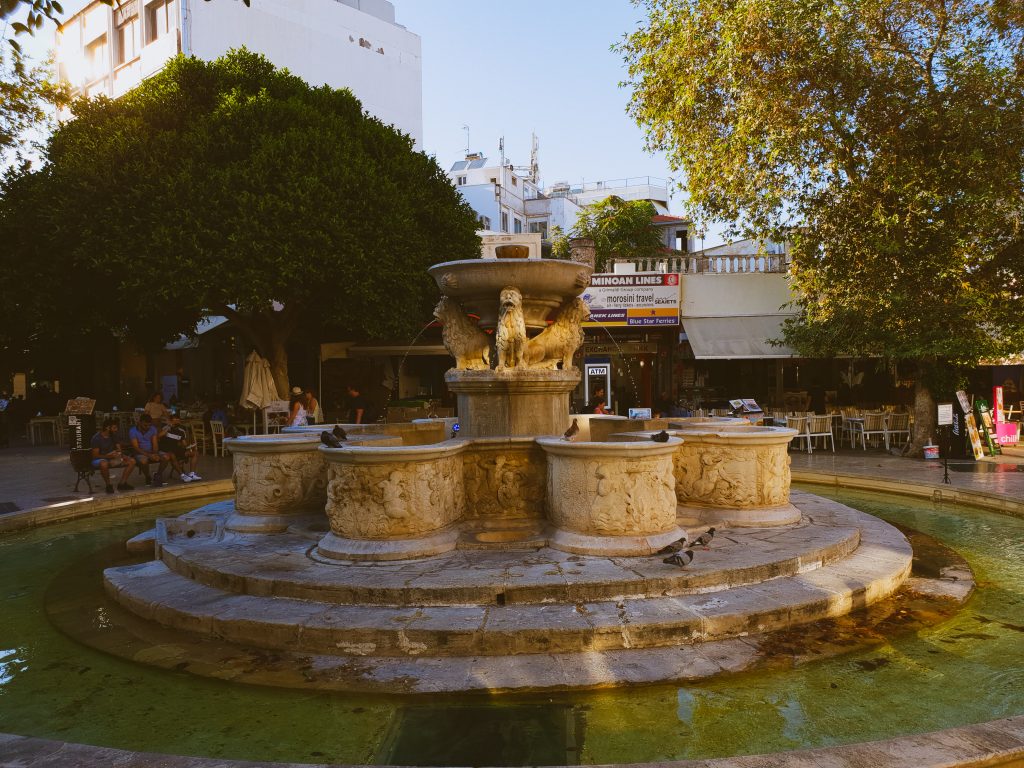 The Fountain at Lions Square

Since we spent few days in Heraklion,  we could wander around in search of places where tourists vanish or disappear and we ended up in surreal neighbourhood with lots of street art and many abandoned houses. Check this out. 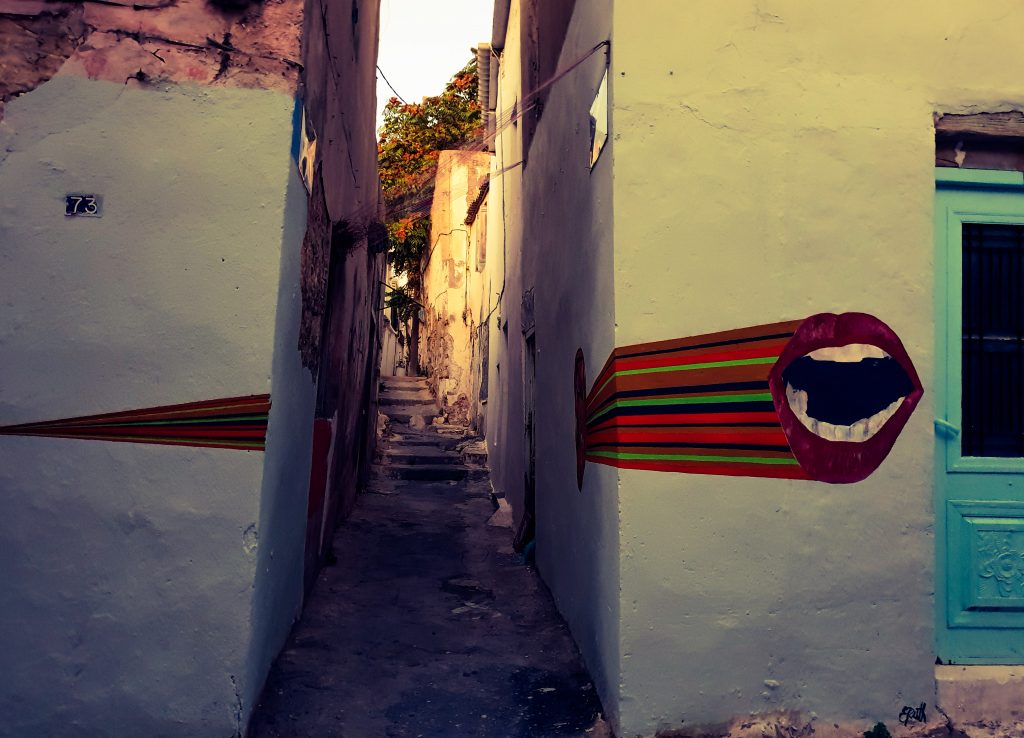 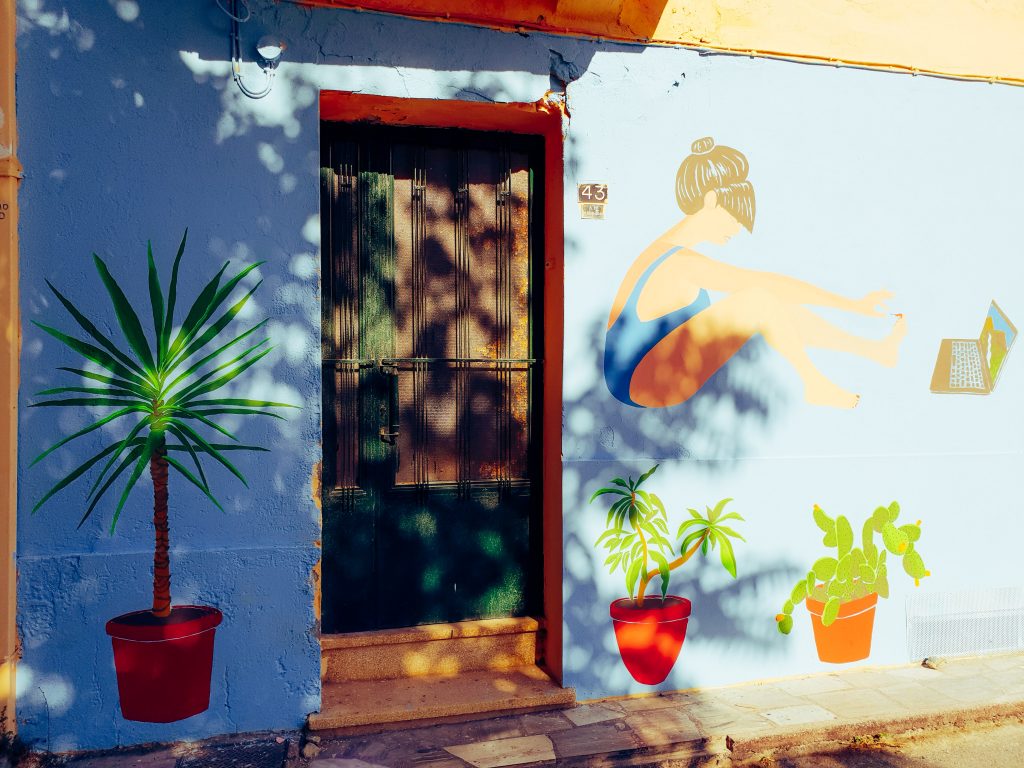 I have to say that there was a craft beer bar which we visited few times during our stay and it was located in that same colorful area. My favourite spot. 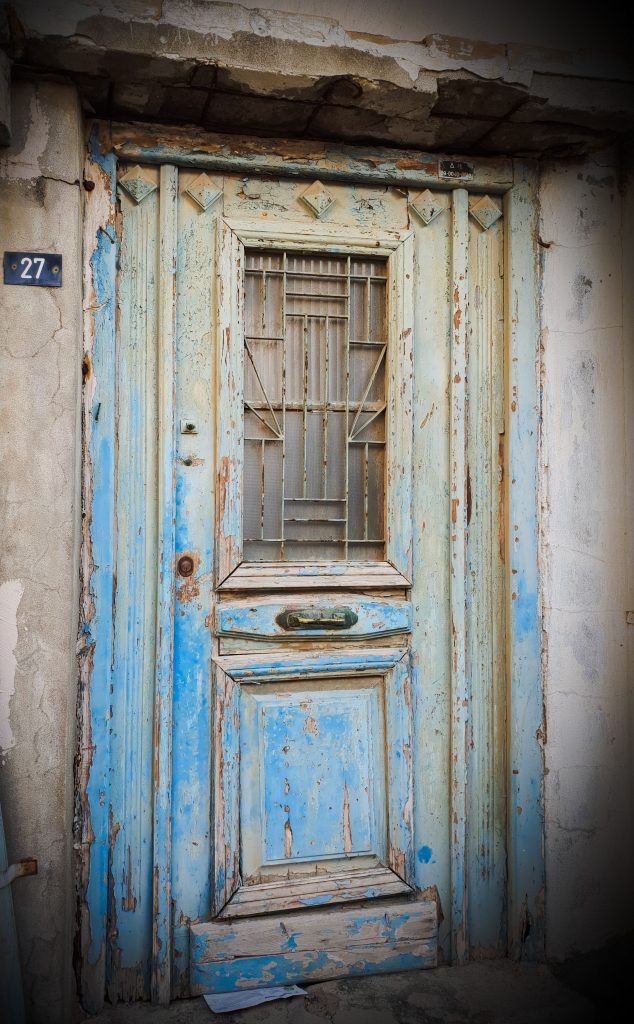 Did you check the mail? One of these old doors locked since decades. For the urban explorers. 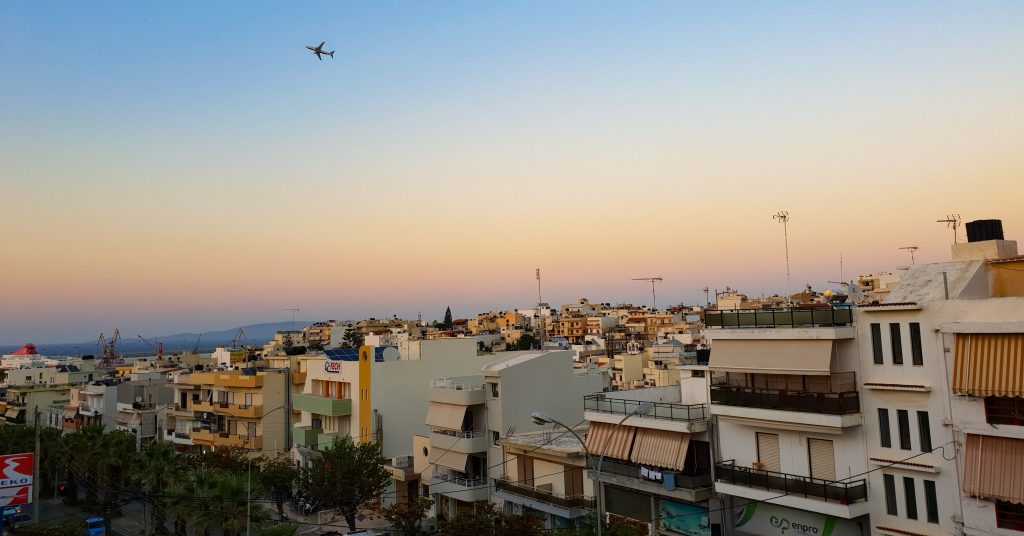 Heraklion at dusk, view from our terrace

Next to the main bus station of the city is the departure of two bus lines 1 and 7 that will bring you to the sandy beaches near the city for about 20mins. The beaches are in the close tourist villages of Amnissos and Aumodara. Both are nice. You can even wave to the planes flying over your head while laying on your towel on the sand.

Next post will bring you closer to history, but for now remember the saying „The one who is willing to search , finds what he searches“. Stay tuned.