Alright,  dear friends, where do I start from..

From the fact that Santorini is the most photographed Greek island of all times, or from the uniqueness of its formation.

Santorini, also known as Thera or Thira is the largest island of a small archipelago also called Santorini. The archipelago is a remain of a volcanic caldera. Population is living on Santorini and Therasia islands and is about 16.000. The rest of the archipelago islands are uninhabited.

The island’s principal port is Athinios and the capital is Fira. Although caldera is described as a crater, it is actually a type of sinkhole, formed as a collapse rather than explosion- this is how Santorini was born- literally from the magma and ashes.

Santorini is located in a formed giant rectangular lagoon which has the size 12 by 7km and is surrounded by 300m steep cliffs on 3 sides. The depth of the caldera is 400m where only the biggest ships can anchor.

To get to this magical island we took ferry operated by the company with biggest ships. It departed from Heraklion, Crete at 9:30 and the journey of 110 km took 4 hours. A bit slower compared to the rest of the high speed boats, but it was the only ship which allowed us to stay at the decks outside and see the shores of both Crete and Santorini at arrival. A bus and a guide waited for us at the port and our journey begun. I have to say that driving in high season on the island is insane. Thousands of tourists arrive daily. We were in a traffic queue on our way up and the road was super stretch.

The island suffers from scarce water supply as it barely rains there, but still there is local wine, beer, cherry tomatoes etc. produced on the dark-red soil.

Here some photos to inspire you, but go in October if you want to stay longer. High season drives prices too high for ordinary people like me 🙂 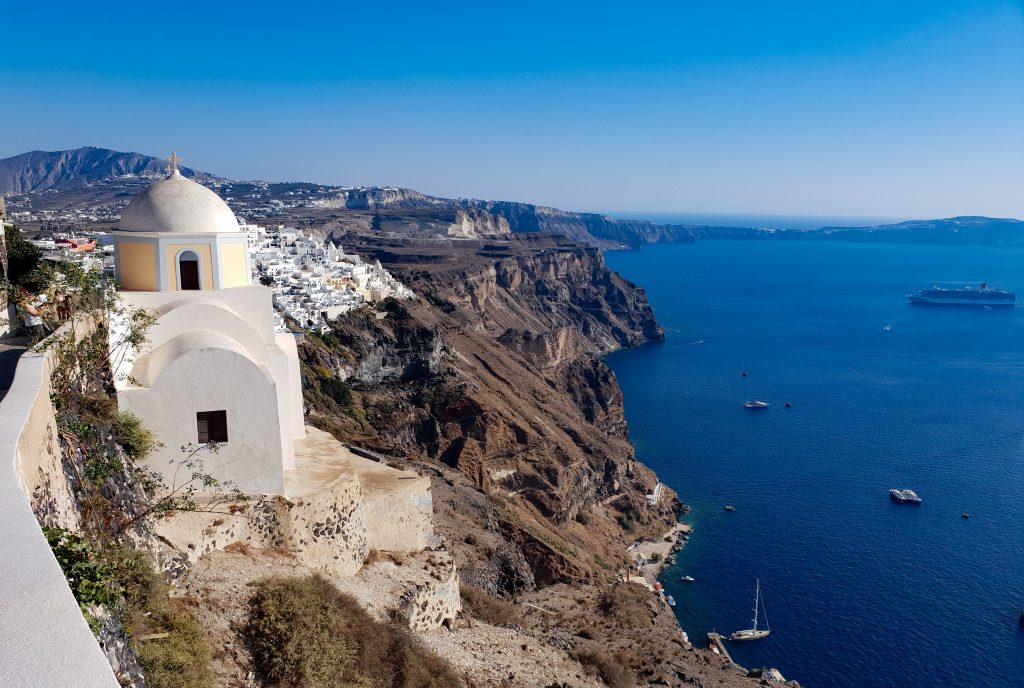 Cathedral of Saint John The Baptist

Interior of the cathedral 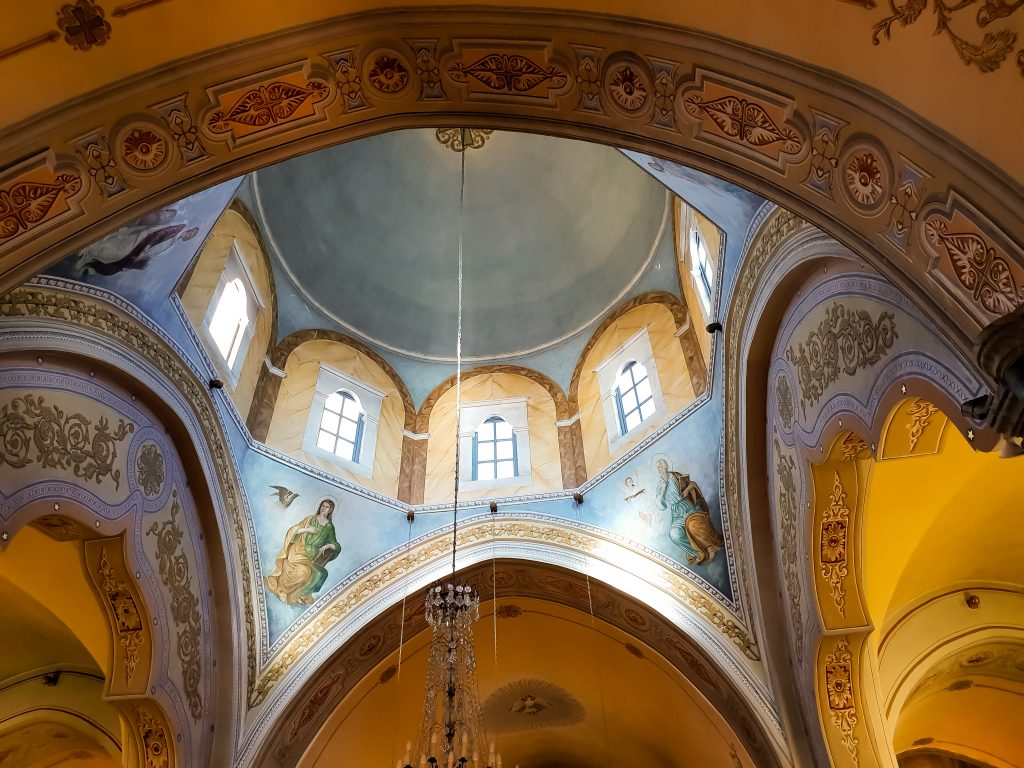 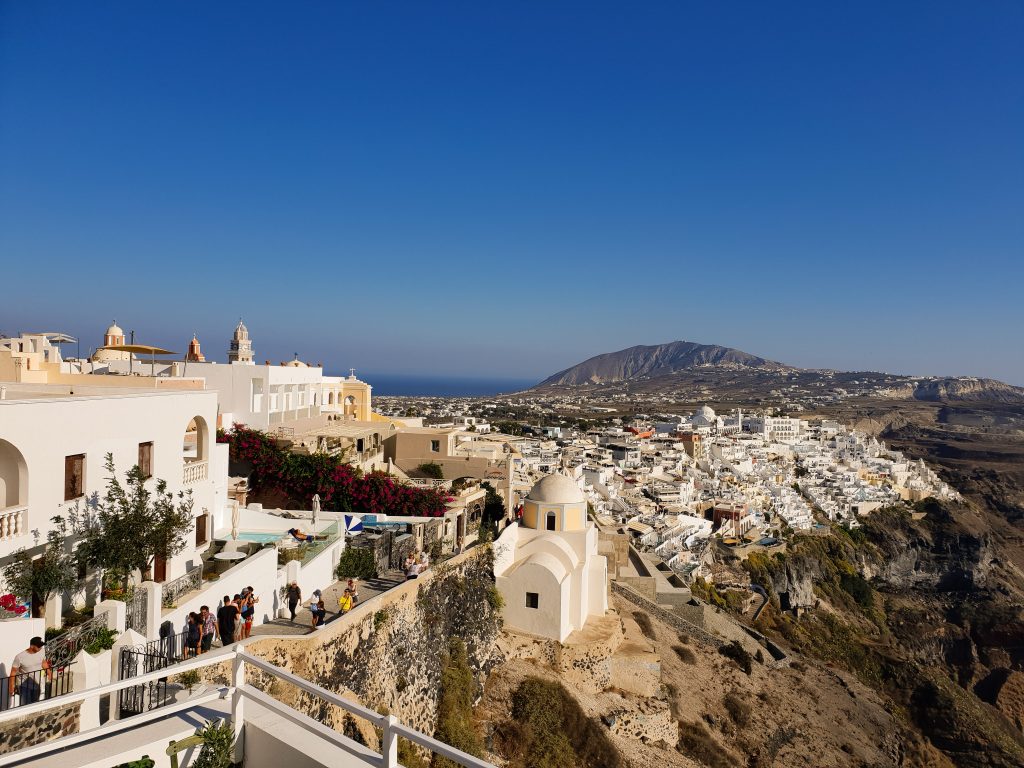 Remember to take a break and enjoy the view over the caldera. We did that with a bottle of volcanic lava filtered craft beer.

Apart from the Catholic cathedral we also entered the Orthodox one, which was impressive.

Some few boats on their way to the port 🙂

Stay tuned for some Oia photos, the town of no streets, but private apartments with swimming pools overlooking the lagoon.