Part of our 1 day stay in Santorini was the visit of Oia. A small village of 1500 inhabitants and 2 km long that is the top wedding destination of Asian couples. What a romance ? ♡

The settlement of Oia was mentioned in travel reports some time during 1200s and Ancient Oia was one of the two harbours of Ancient Thera. The „Golden Times“ of Oia were during late 19th to early 20th century all due to the sea trade throughout Mediterranean as part of trade route between Russia and Alexandria. Oia’s wine was even exported to France and the port operated with 130 ships. Unfortunately with the arrival of steam and shipping moving to other town , the economic prosperity seized for Oia. 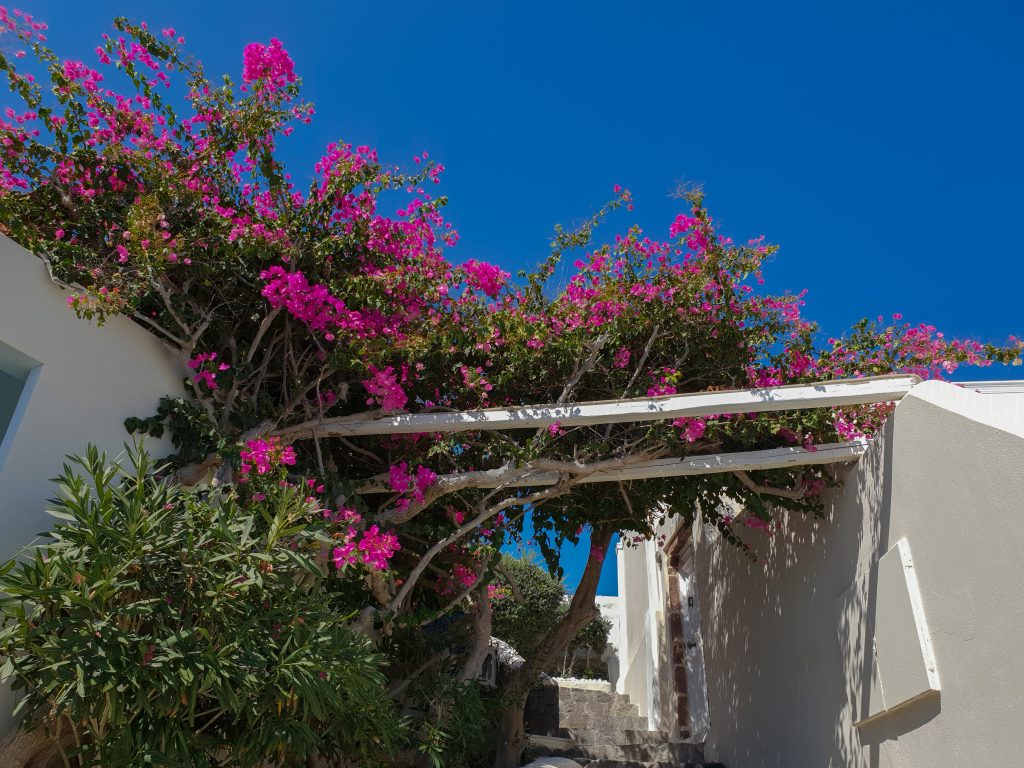 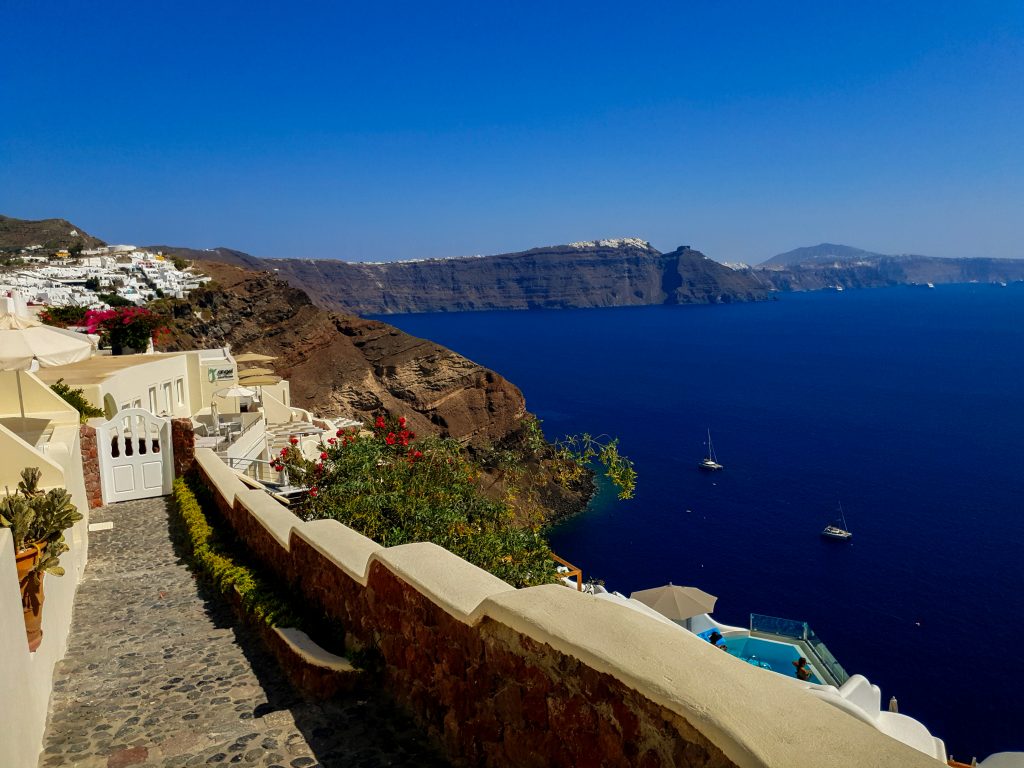 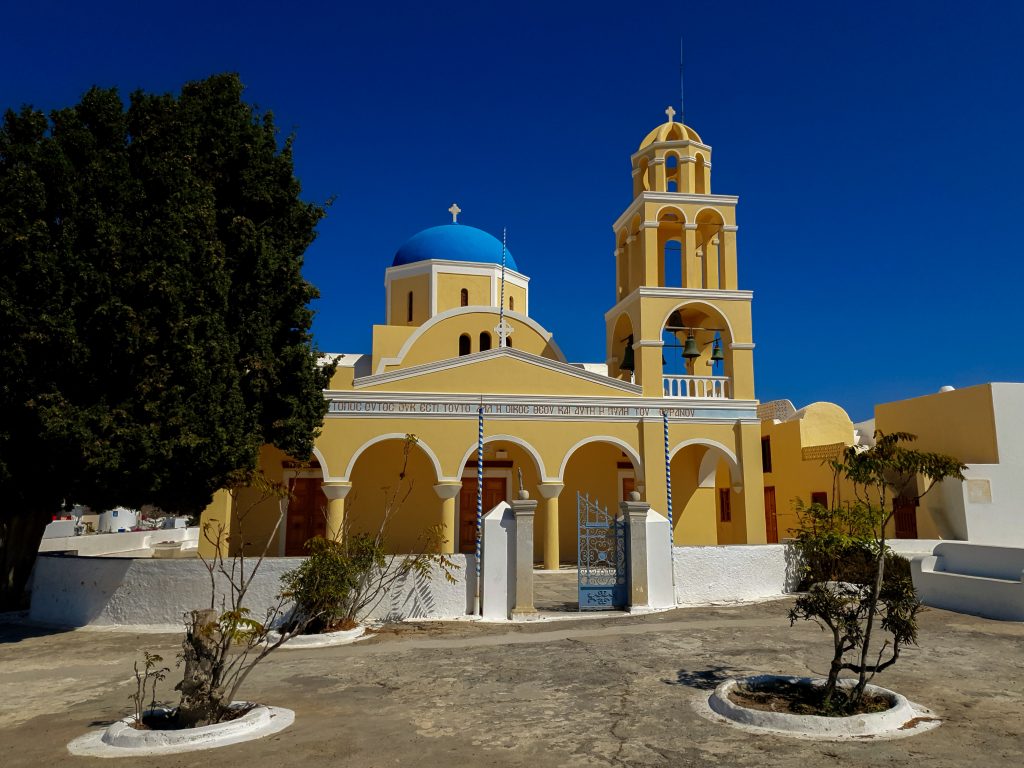 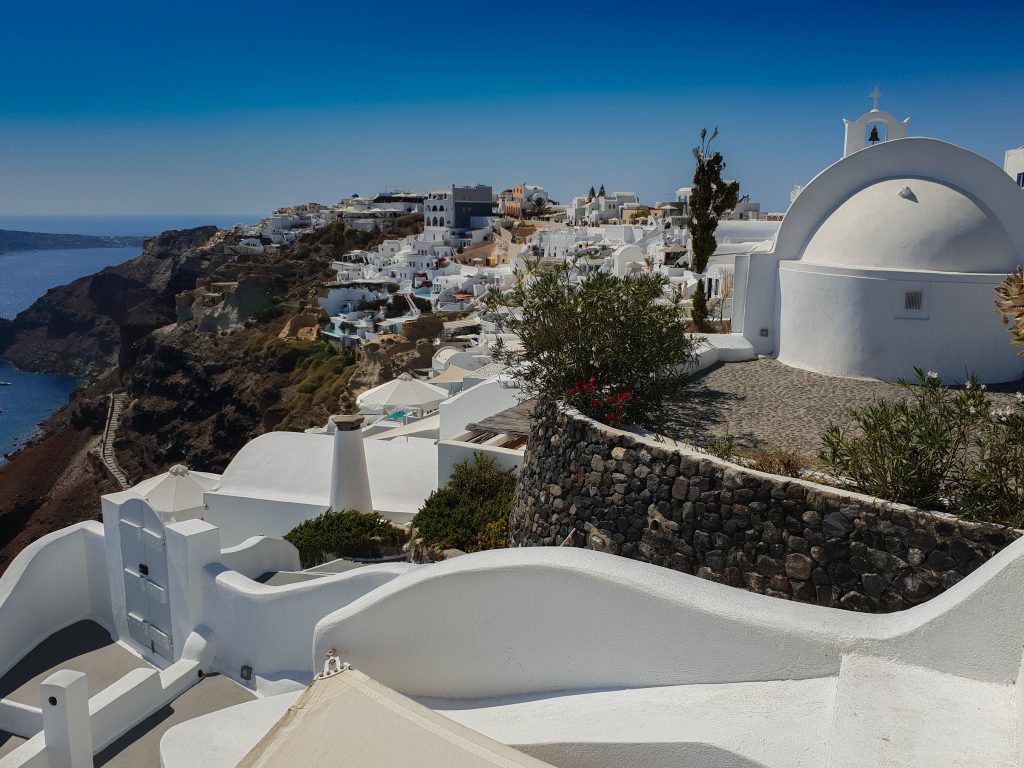 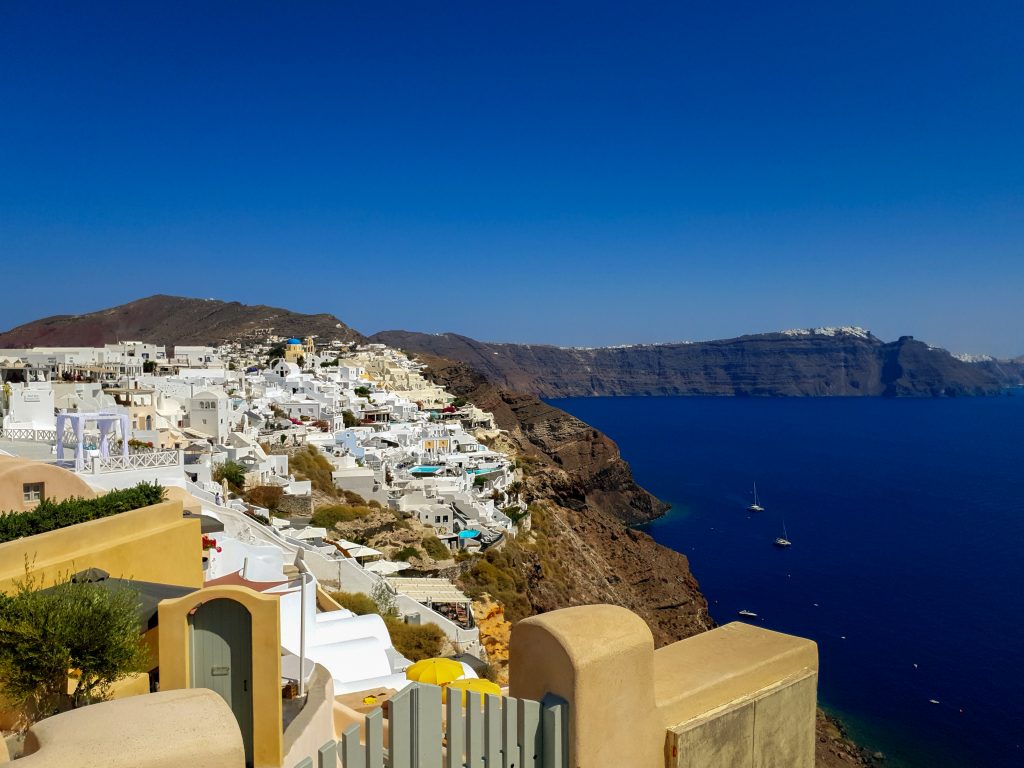 Oia of the Cliff 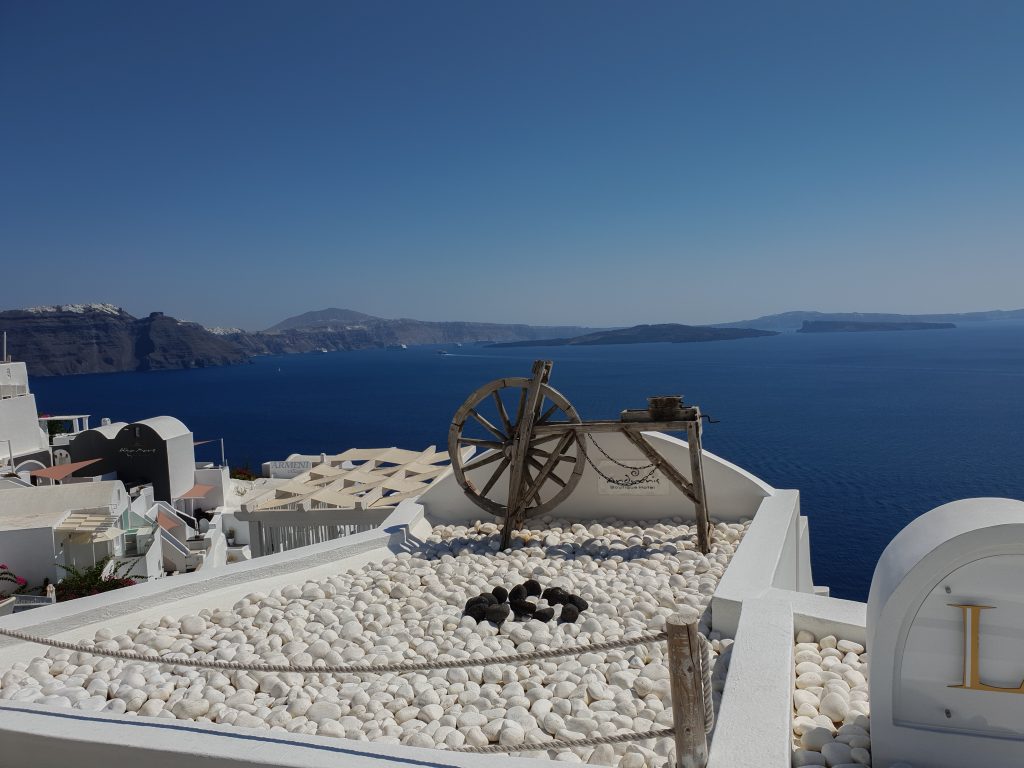 During our walk on the main street of Oia the temperatures got so high that I was completely boiling in my dress. Actually I think it reached 38 degrees Celsius. Highest recorded were 40 degrees and lowest 0. Not bad for someone living in the North of Europe, what do you think ? 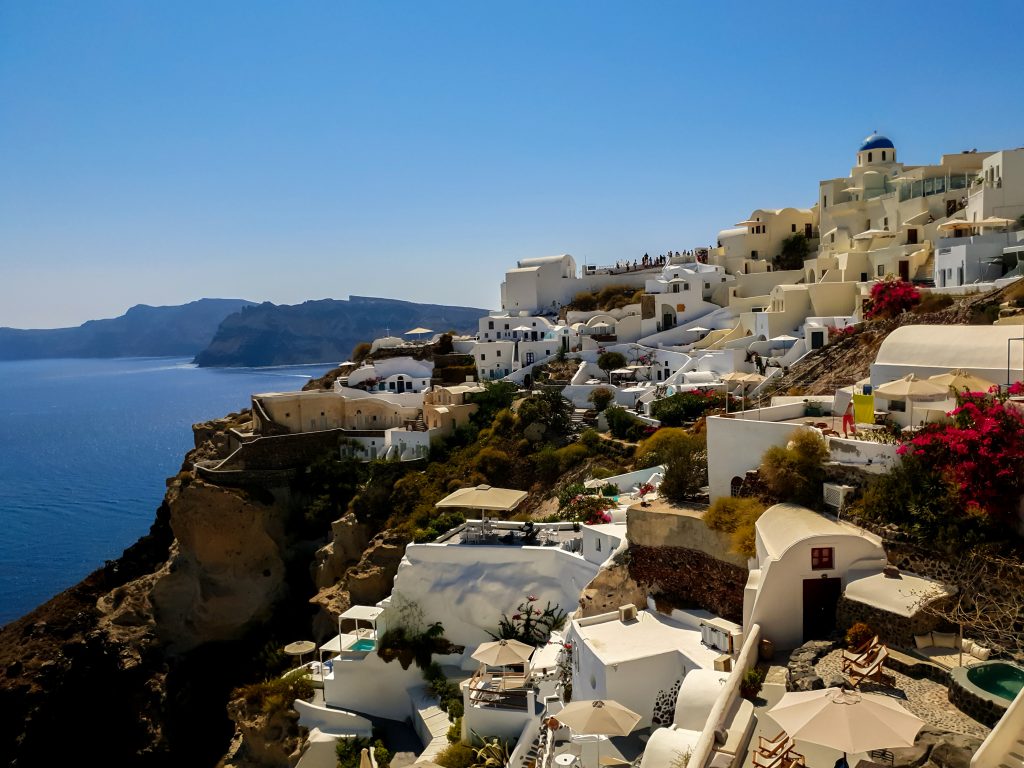 It was pretty hard to make good photographs while the sun was baking me off completely also because it was too direct, but I managed to survive 😀

Even if the village of Oia was quite badly damaged by the earthquake in 1956, it was still well rebuilt. Most of the cave houses are still part of this beautiful village.

I am not sure if this little gem is a place for dynamic couples, as it seems too little for people living in European capitals, but still it is very charming. It is also special as in order to reach it’s port you will need to go down some 300 steps.

Hope you got the same feeling or at least a glimpse of what I saw and felt during my walk at Oia.

Time to say goodbye to Santorini.