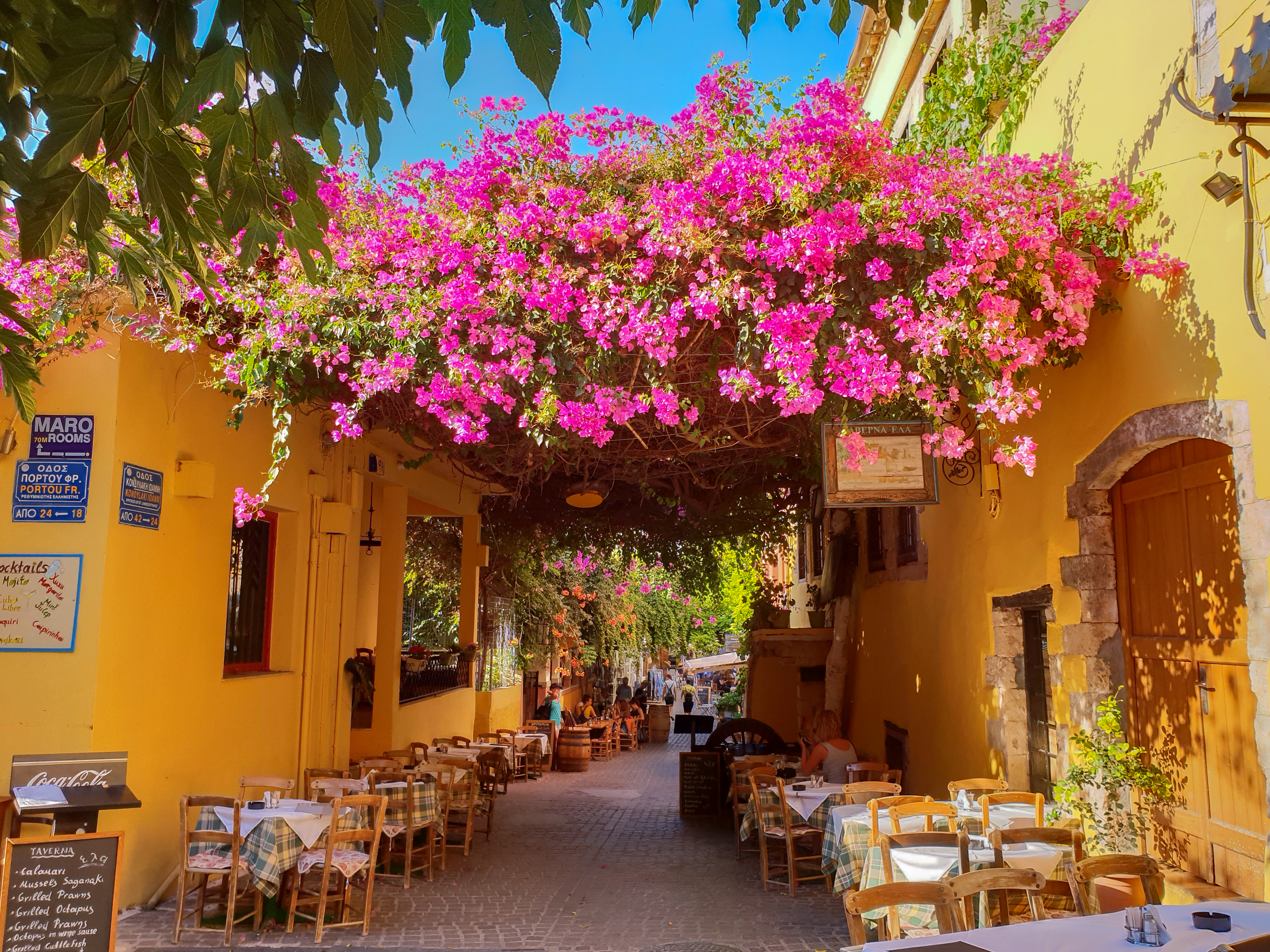 Last post from Crete is on its way. Chania, the city where we landed end of August 2018. Our Cretan trip started from here. This city has about 54000 inhabitants and used to be under the rules of several empires.
Historically, a settlement in the Kasteli district of the  Old Town was excavated proving its existence to the Neolithic era. Major settlers came from mainland Greece about 1100 BC.
Many of the important buildings of the city were built during the Venetian rule, while during same period culture, music and education dominated. During those times, the city was formed in its current appearance.
Later during Ottoman rule, the pasha resided in Chania. A lot of public baths, fountains and several mosques were built under his rule.

Today the city has two parts, old and modern. The modern was built around the old part. The Old Town used to be surrounded by the old Venetian wall. Our desire for walking and photo making led us to the Old Town and Chania’s port. We visited the city twice, as we stayed at a neighbouring village called Agii Apostoli. The bus connection from there to Chania is pretty regular and the buses run until 3am. Tickets are cheap and you will most probably spend not more than 15mins in the bus to reach Chania’s main bus station. That same village is where you will go to the beach and dive. 🙂 The marine life is very rich in the bays of Agii Apostoli. I have not ever seen so colourful fishes until then.

Our walk started from Chania’s port and since we are not fan of sitting on our buds for too long, we continued walking around the whole city. I would say enough of history for tonight , let’s move to inspiration with some of the below photos capturing my favourite memories of this amazing city on Crete. 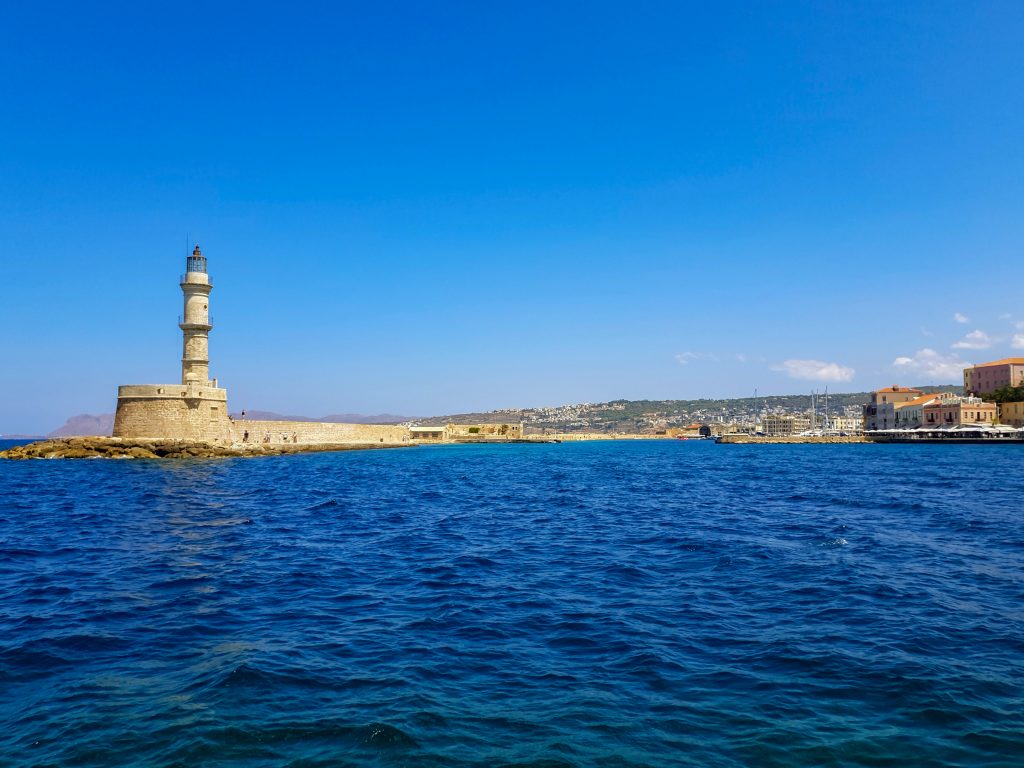 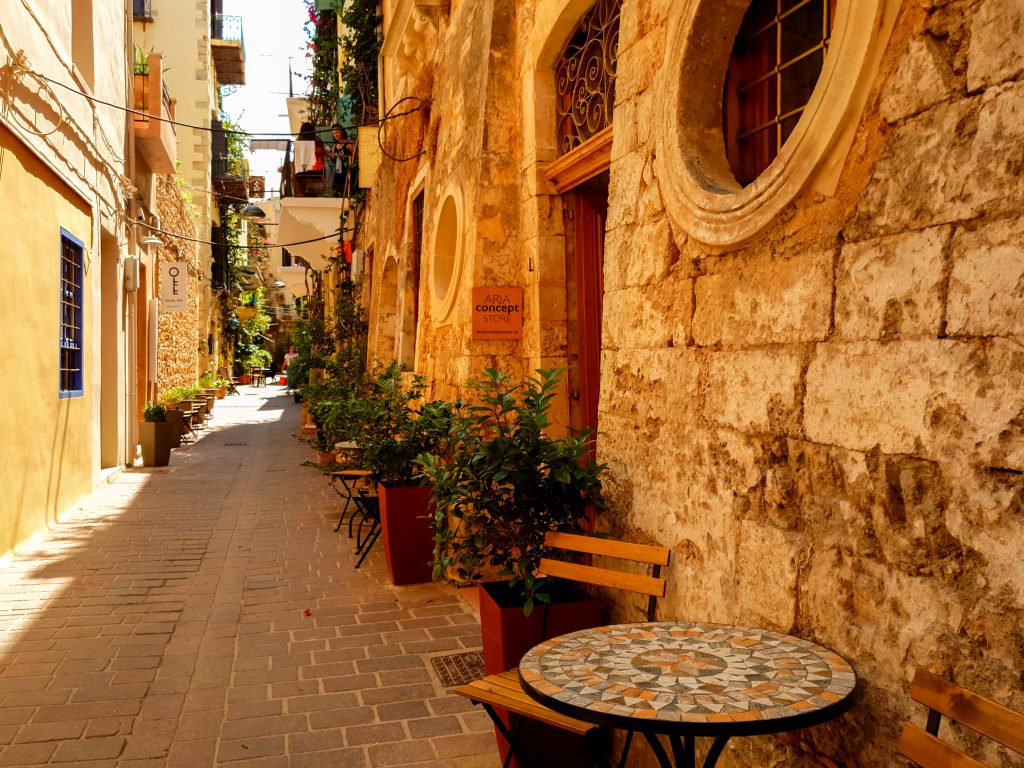 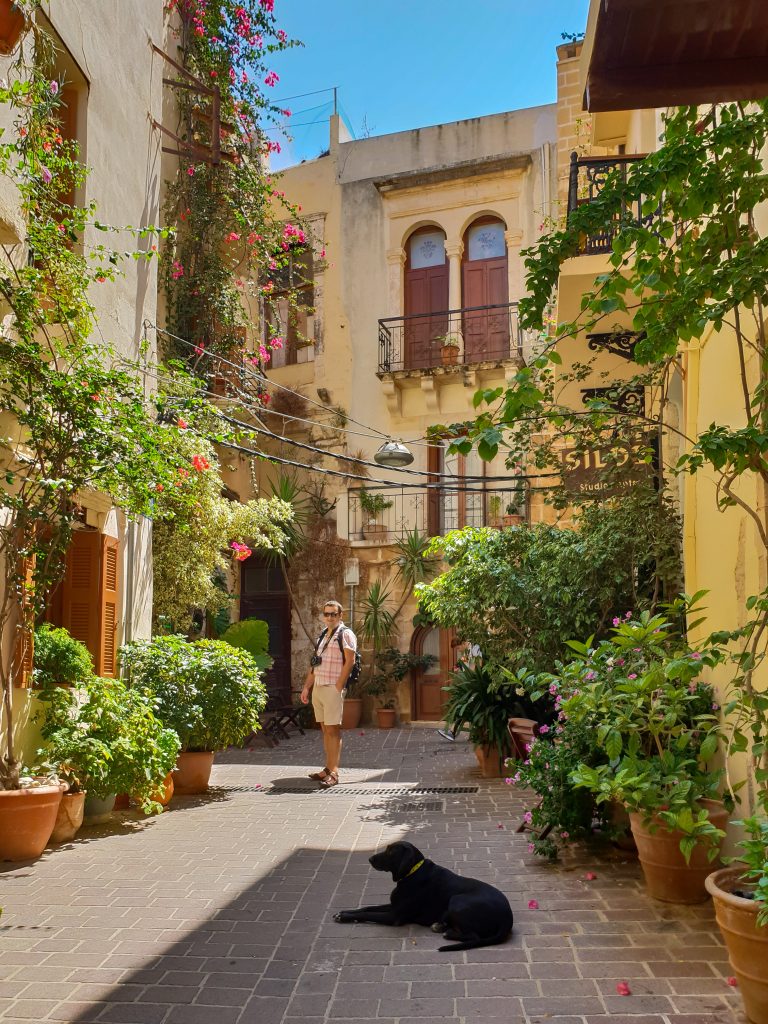 You can with right suppose that the Old Town is where a lot of restaurants and guest houses are located, but still a big proportion is a normal neighbourhood where Cretan locals live. I assume it might be quite noisy to reside there during the summer months  with so many tourist, but this is truly the most charming part of the city. 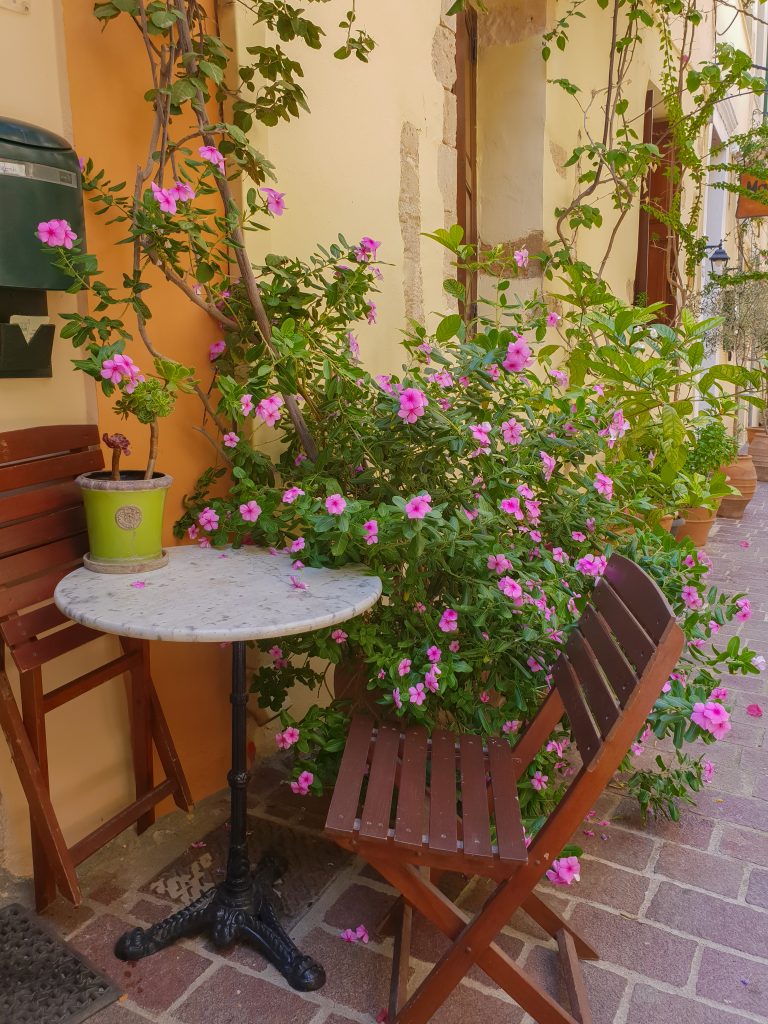 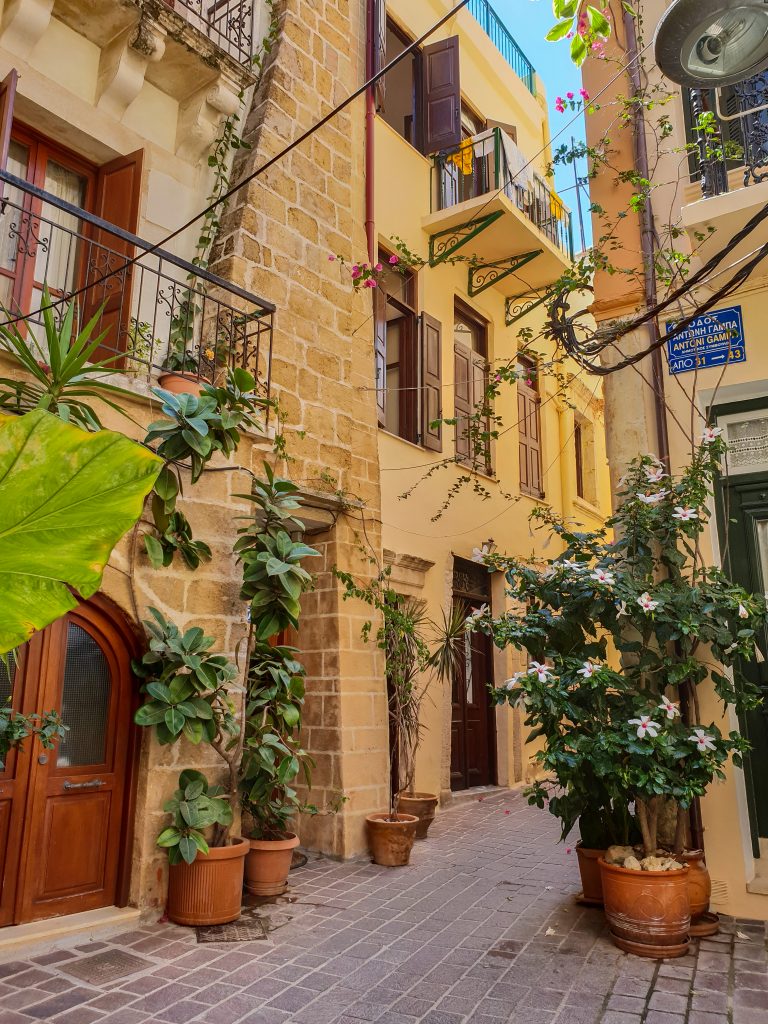 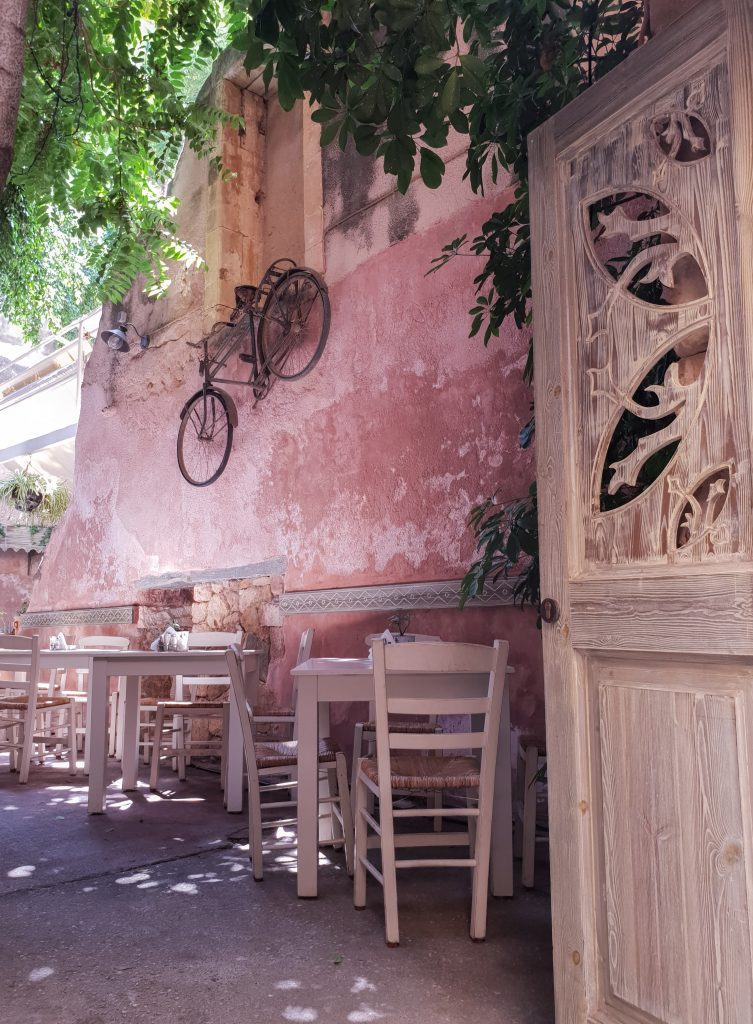 Small Restaurant in the Old Town 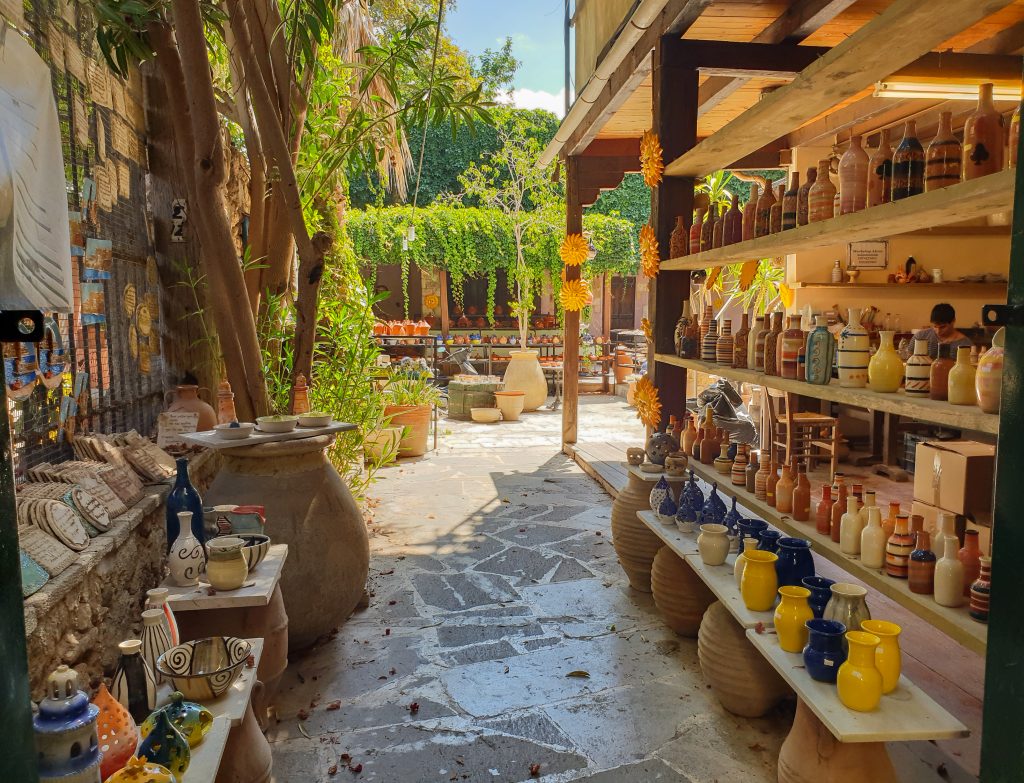 On the above photo you see the back yard of a souvenir shop. Pottery is a craftsmanship on the island. 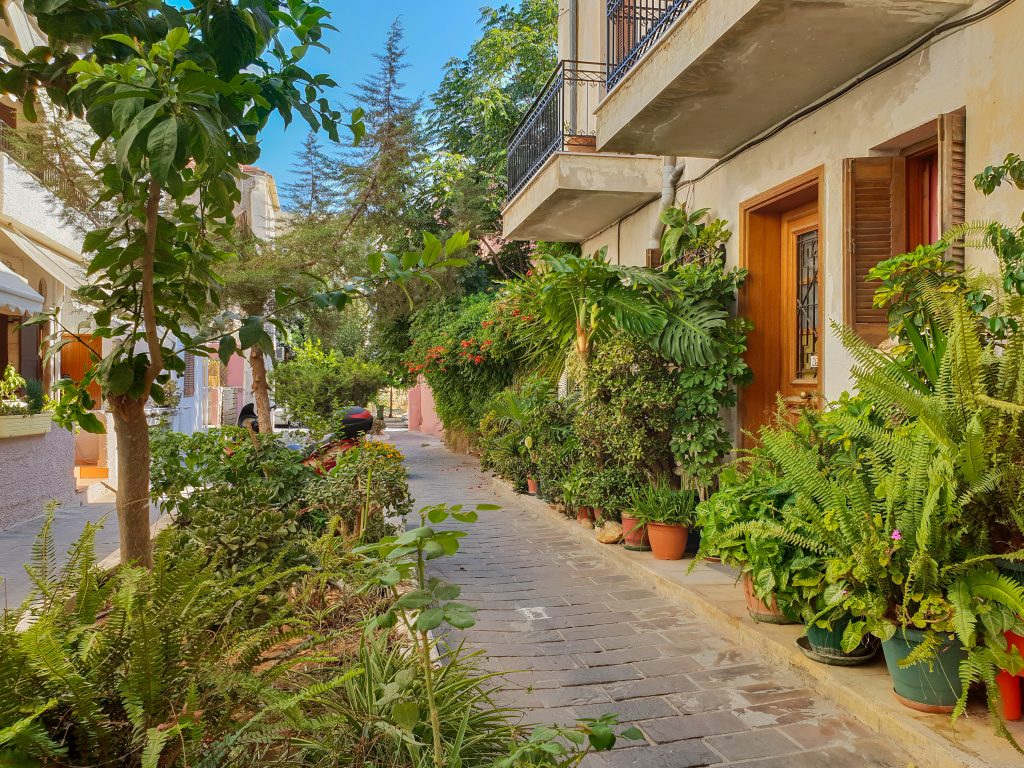 Just a street , but so many plants

I would recommend at least 3 hours of pure walking if you really want to feel the vibe of this cosy place. Many visitors spend most of their time sitting in the bars sipping drinks, (not bad) but you will miss a lot of the true Chanian atmosphere. 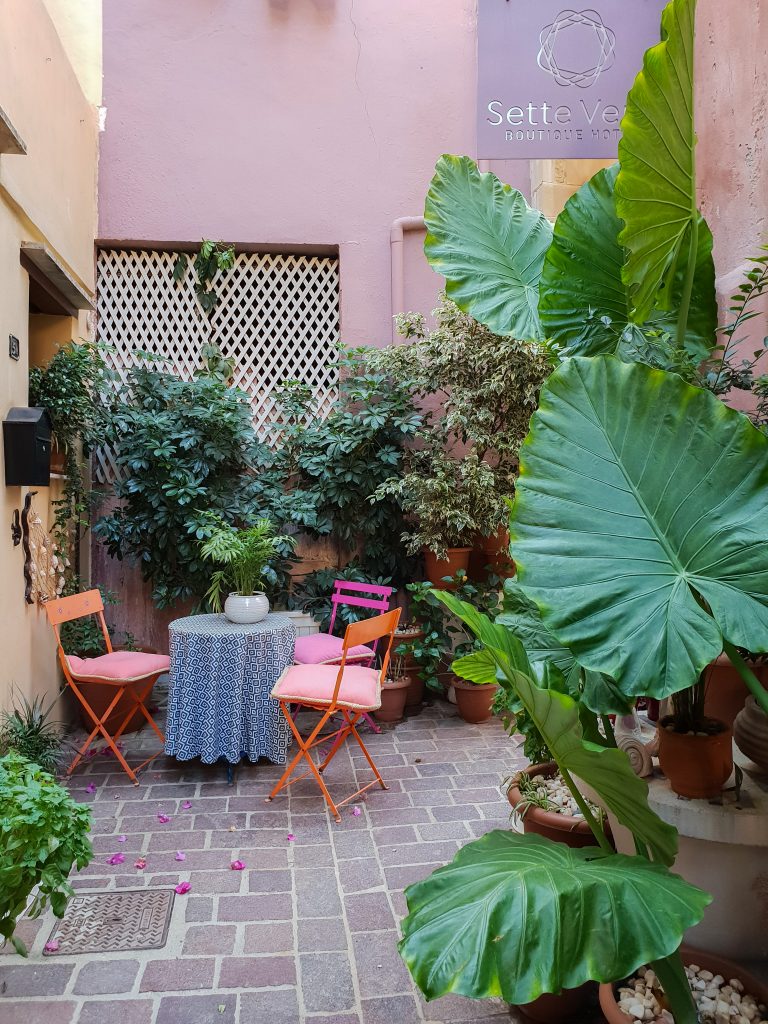 Secretly capturing the silence in someone’s back yard 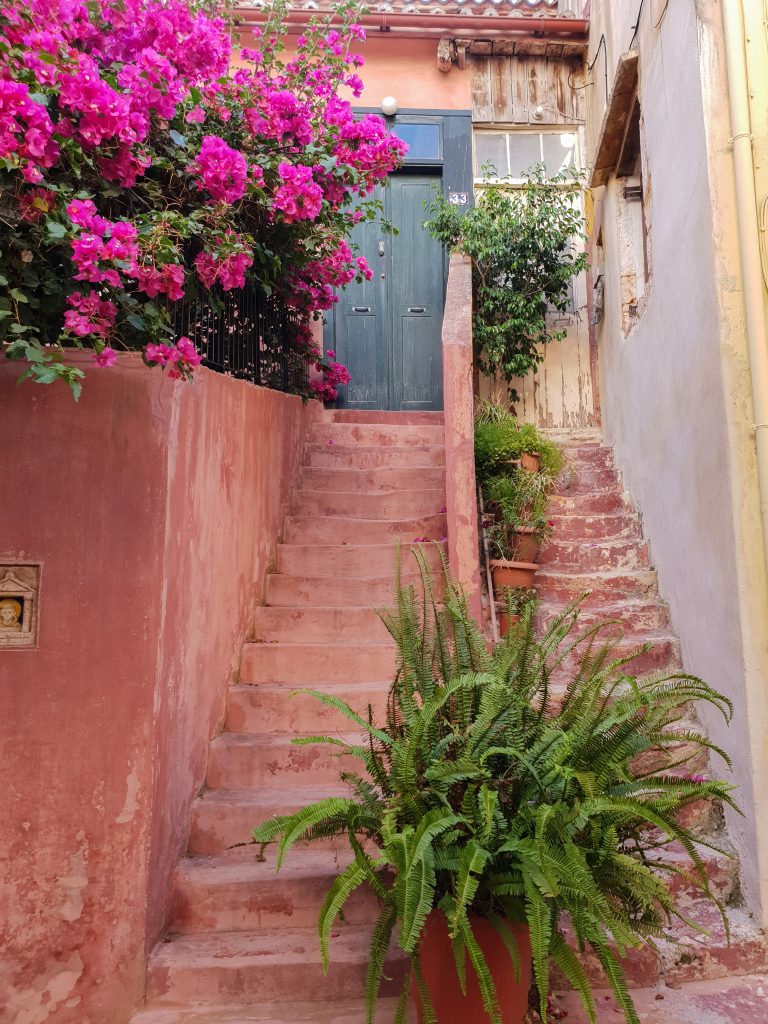 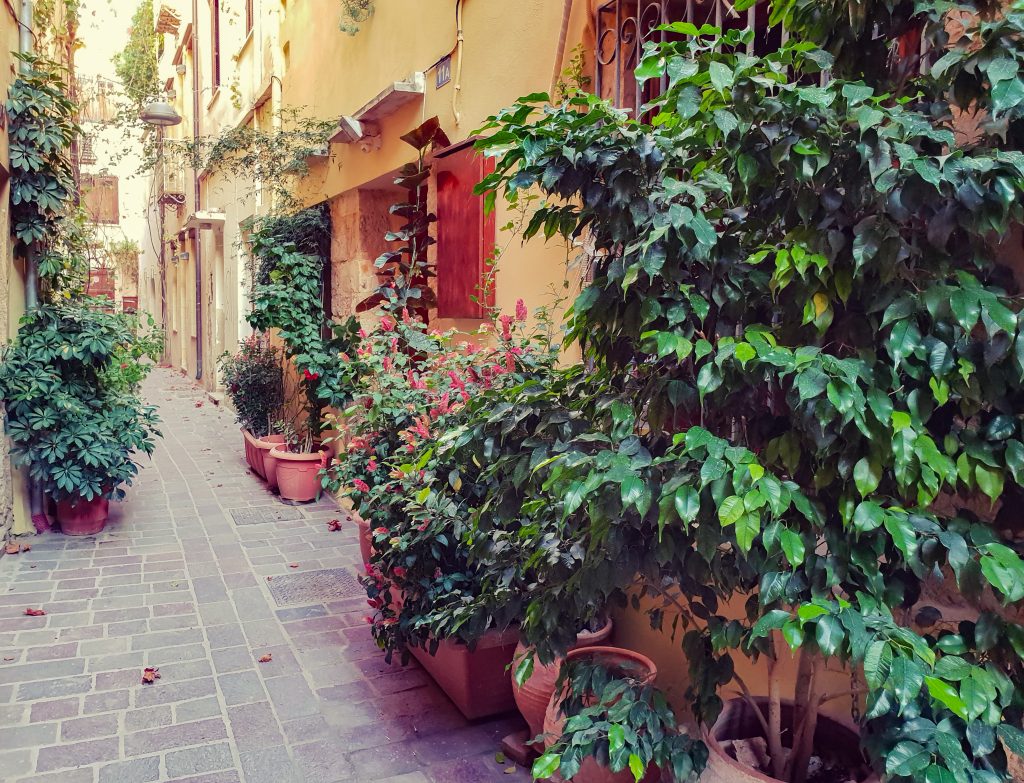 You can easily notice that i got fascinated by the greenery of this area, and it has been pretty hard to choose the photo’s for this post. I hope i managed to inspire you to visit Chania. 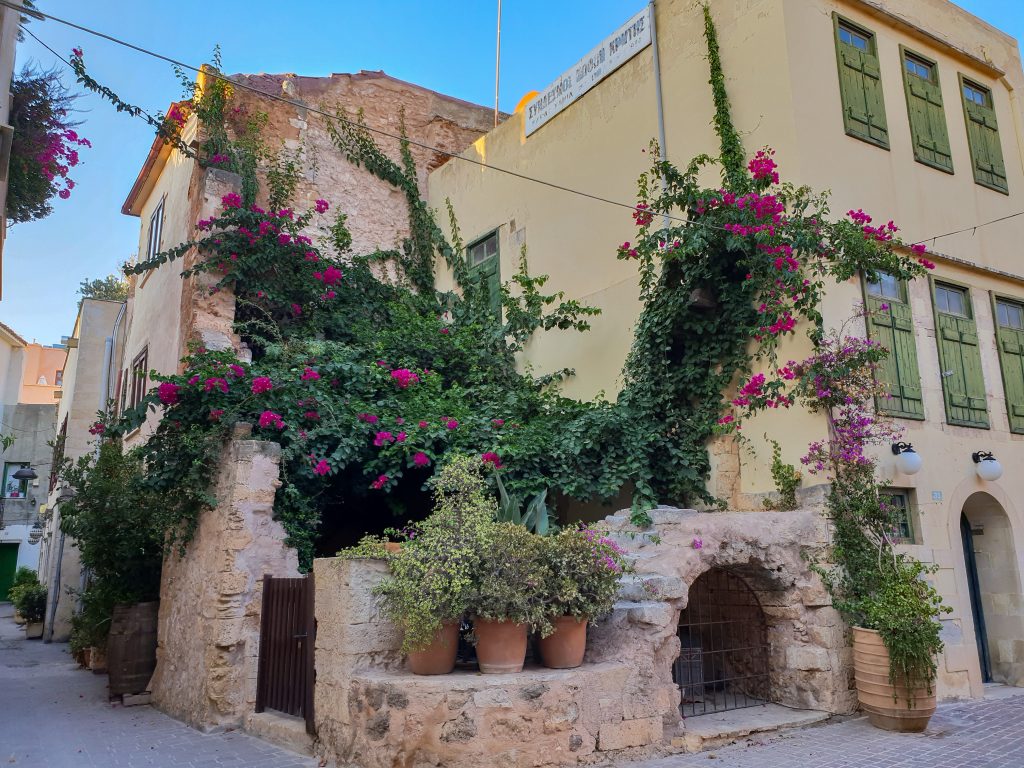 If by now you have not been inspired, then stay with me for more Southern European destinations 🙂 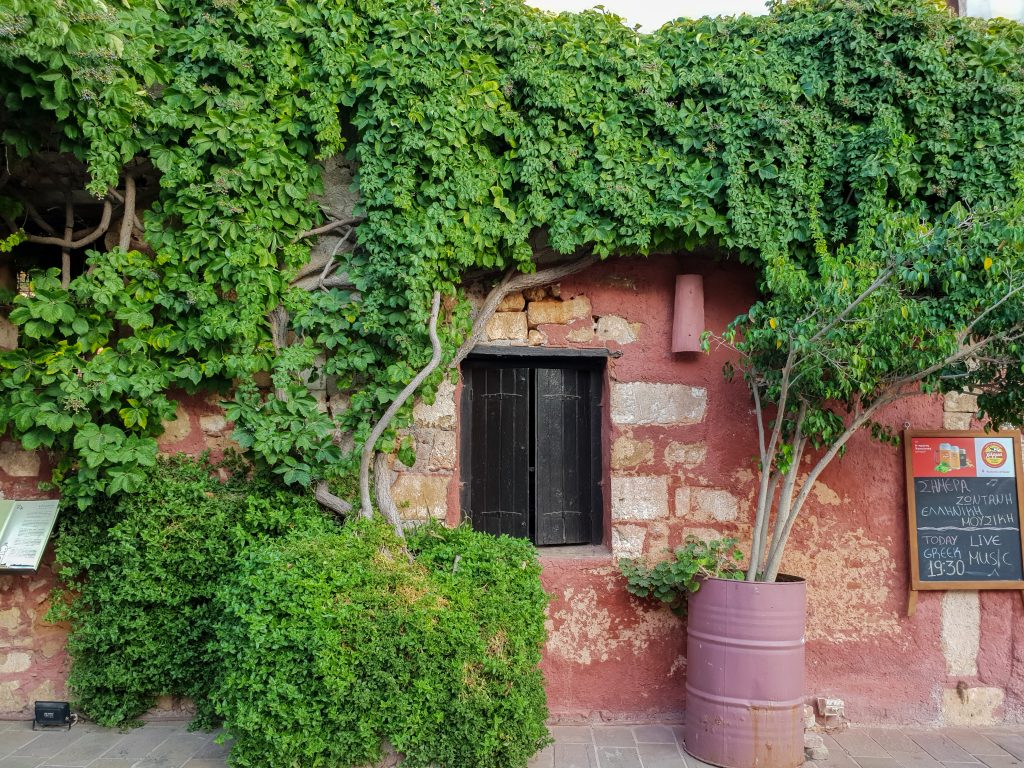