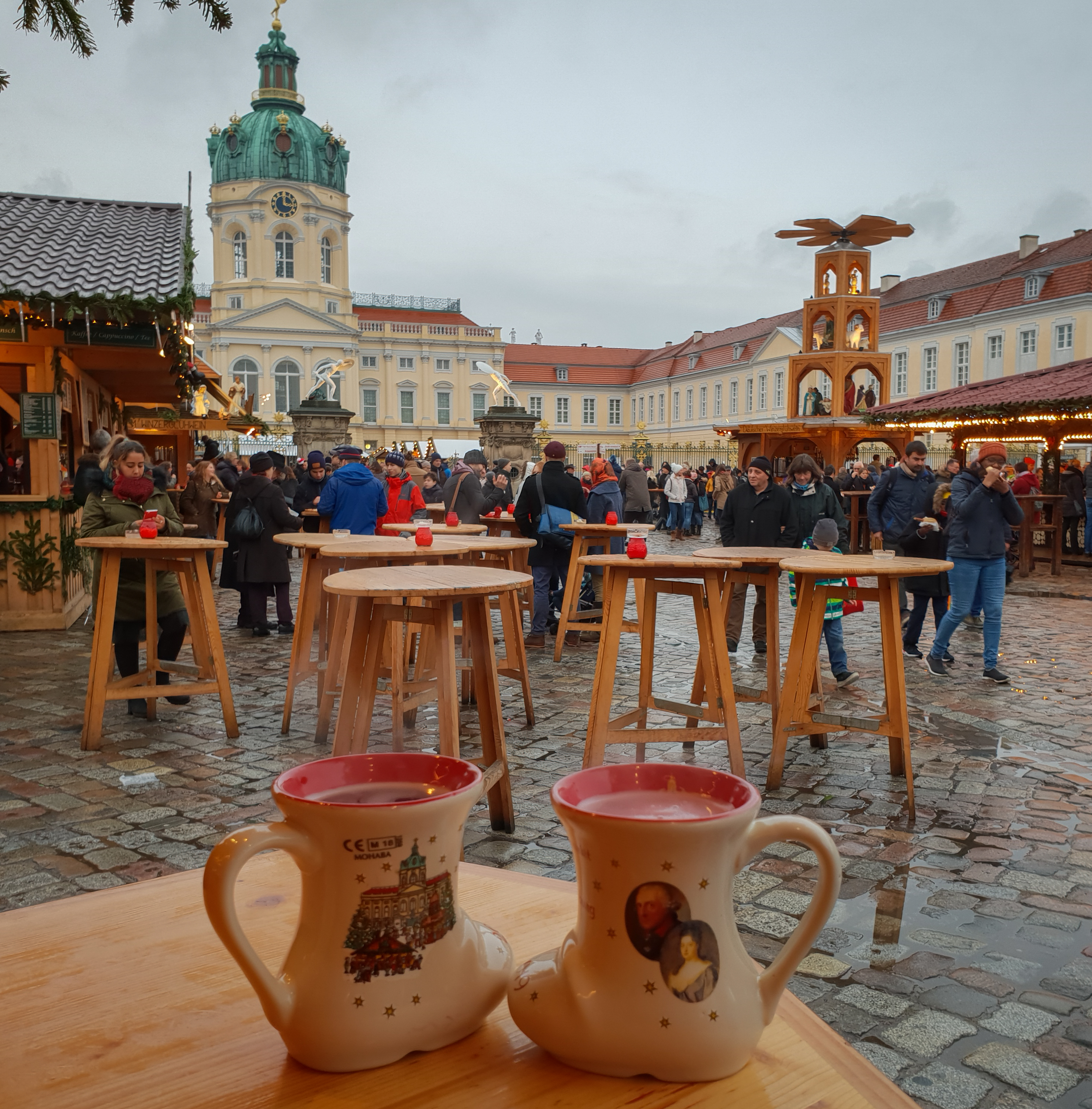 Have you ever wondered where are the best Christmas markets, i would tell you, they are in Germany. For travellers that enjoy wandering between cosy , Christmas decorated stands, sniffing from the cinnamon and warm wine aromas, Germany is your place.

This post will not be too long, as we only stayed 3 days and have been in Berlin before. The main purpose was to bring my mum to Germany and drink hot wine 🙂

First thing we saw was the East Side Gallery, i still think i managed to see new art on it, it is either because it got updated or i was more rested and noticed new things on the wall. 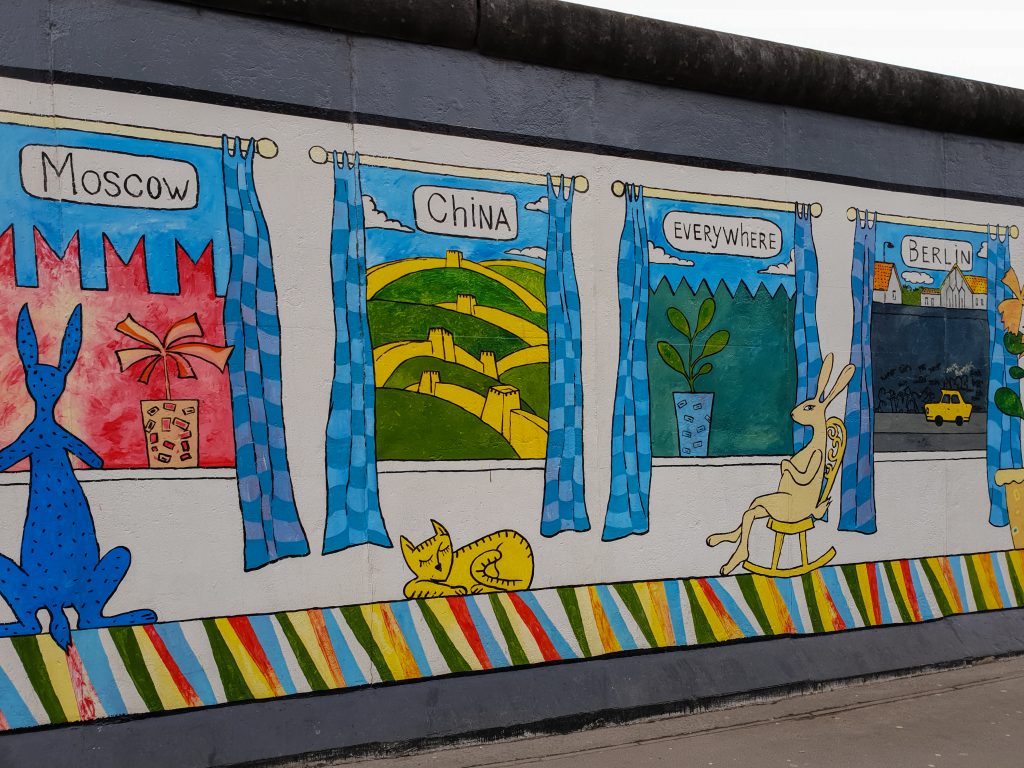 Below my favourite city highlight, you will not miss the tower in Mitte which is the symbol of Berlin. 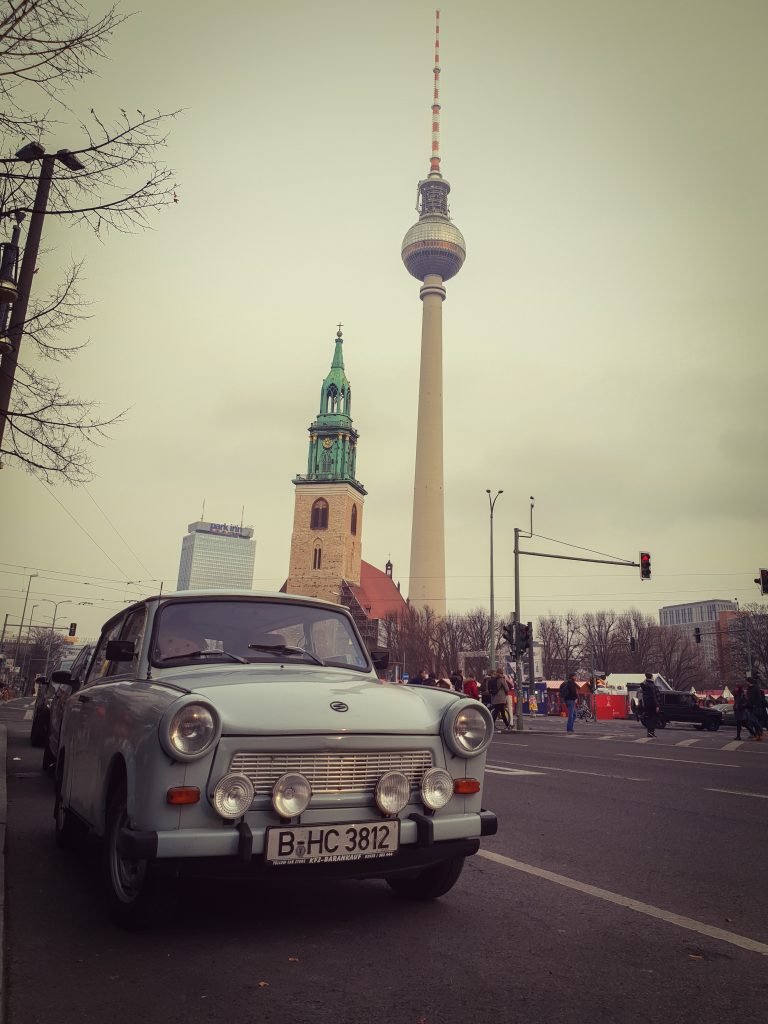 Berlin TV Tower, 368 m in height and the Sachsenring Trabant 😉

Since i always share posts in a blog called „Travel together“ the below one is a greeting of couple travellers. The Brandenburg Gate symbol of the German reunification 🙂 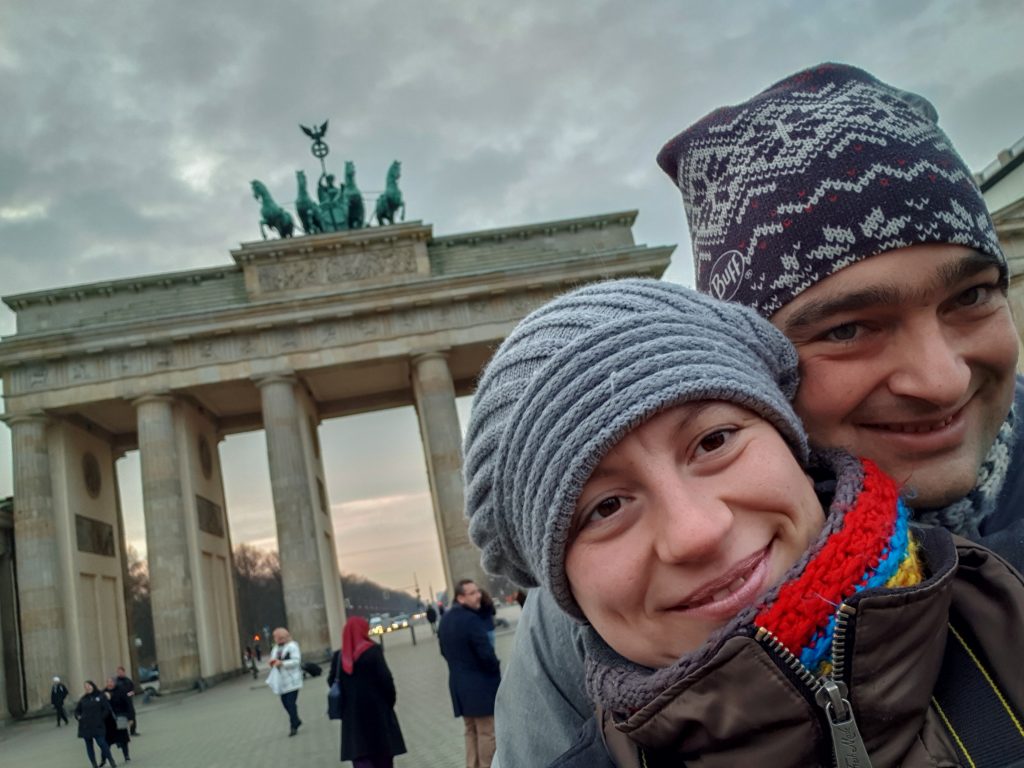 The „Travel together“ creators 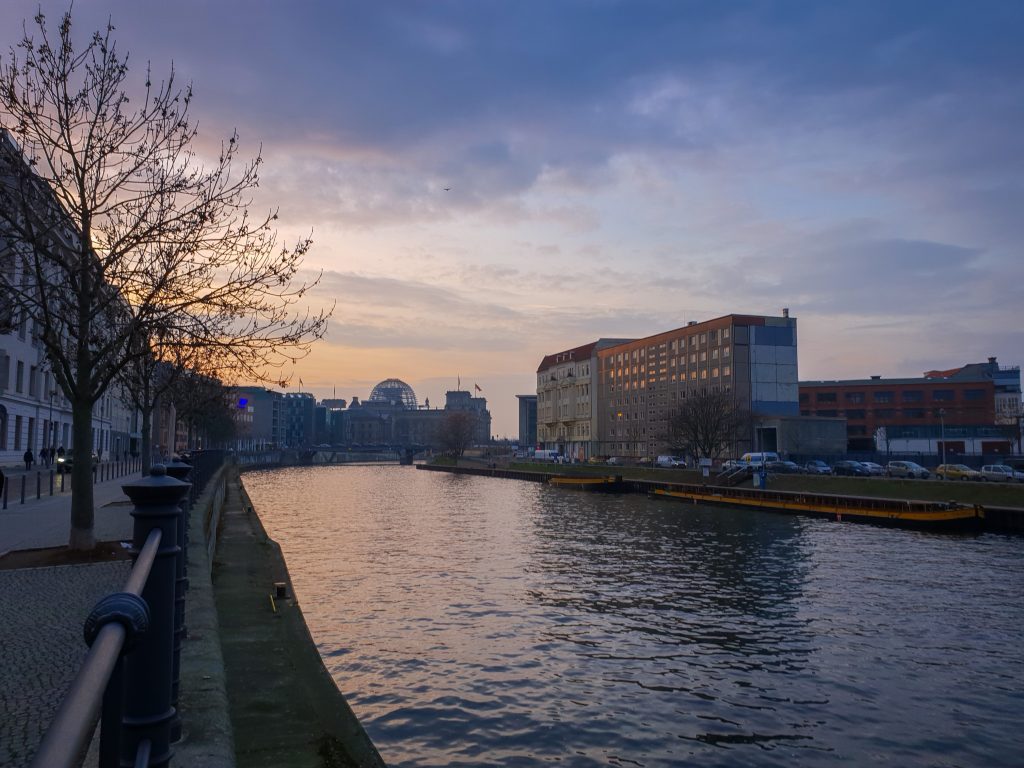 River Spree at sunset with the Deutscher Bundestag 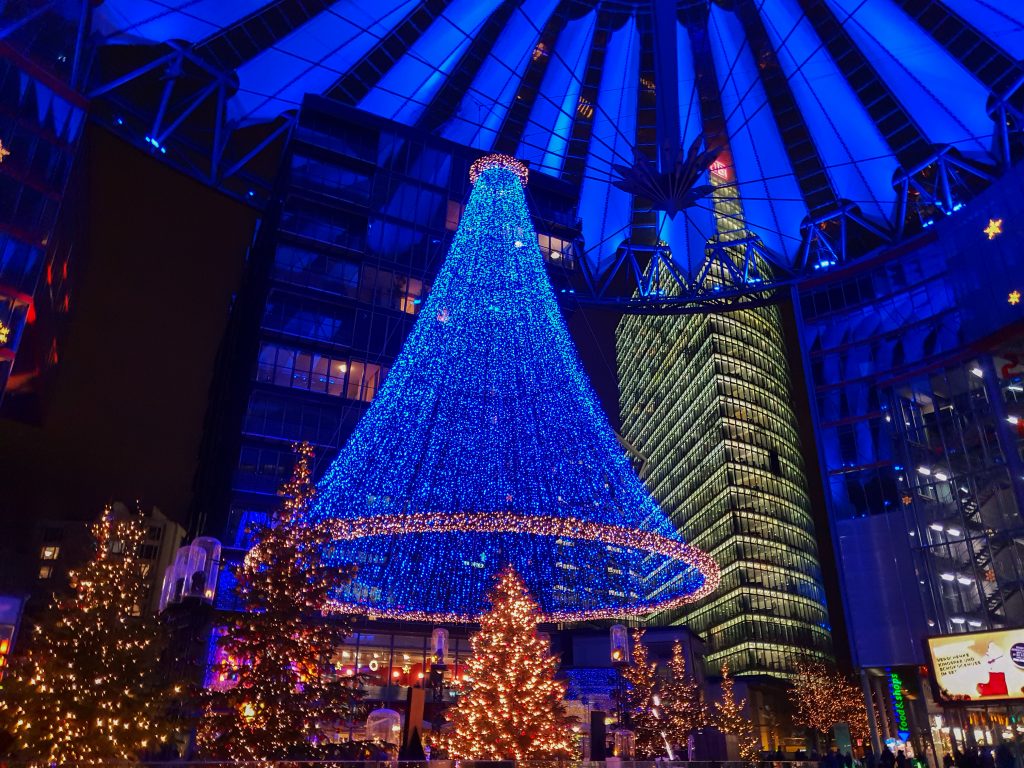 Now back to Christmas spirit, there are at least 10 Christmas markets around Berlin during December.

We went to few of them, but the first one we walked around at was the Alexanderplatz market. There we saw several shops with Christmas decorations, most of them hand-made and the glass-made ones as well. 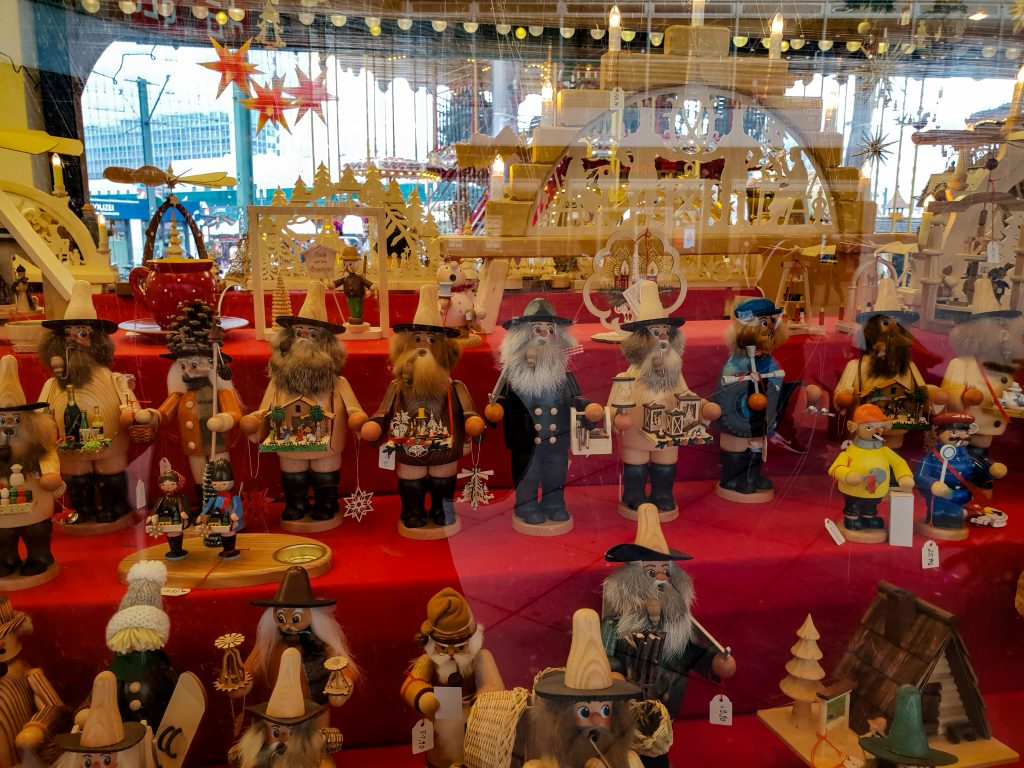 Make sure that you visit the below square when you stay in Berlin. Not far from there i saw about 2 m tall Chocolate-made bear and replica of city’s tops attractions made of chocolate. Genius 🙂 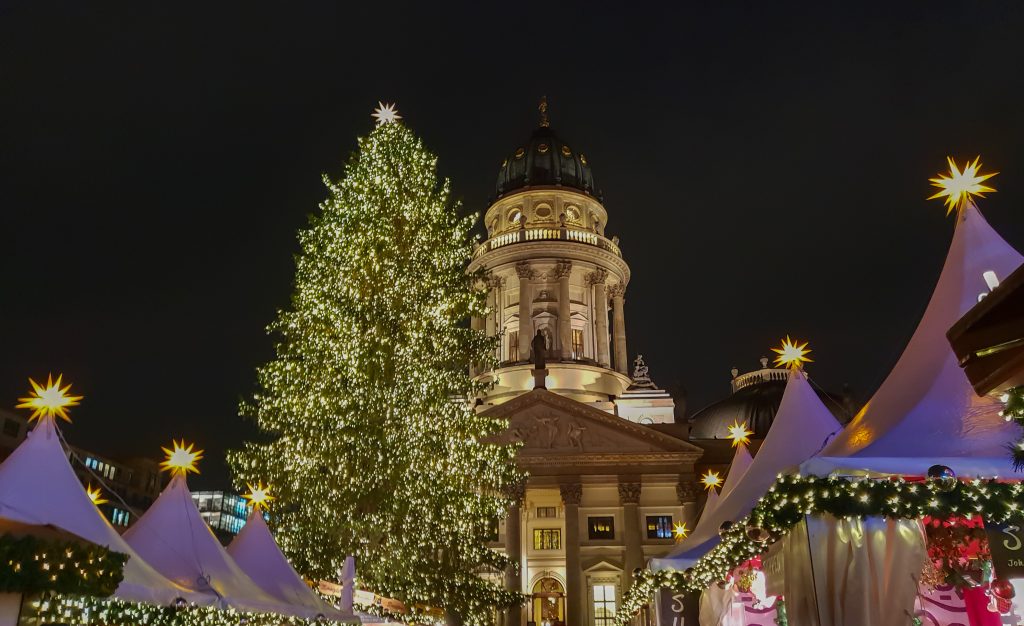 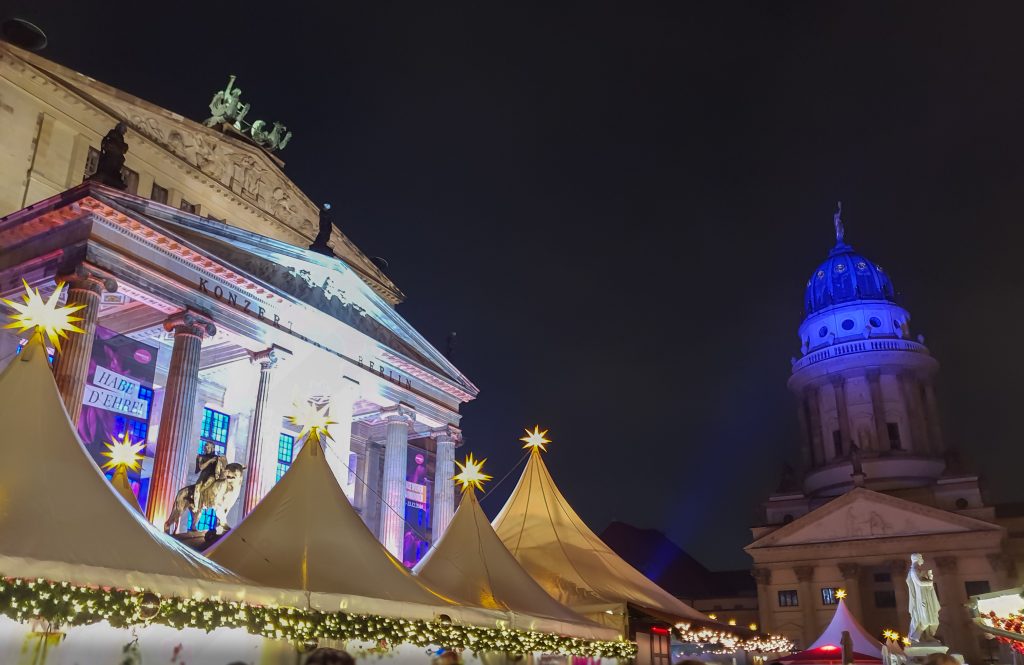 I tried to shoot photos without people on them, this is why the photos might look a bit „off“ to you. The square houses the Berlin Concert house, the French and German churches.A monument of Friedrich Schiller stands at the square. Most of the buildings were badly damaged during WWII, but now all of them are restored.

Our need for typical German dinner led us to a nice restaurant and a midnight walk from there gave us chance to take the below photo, in between the rain drops. 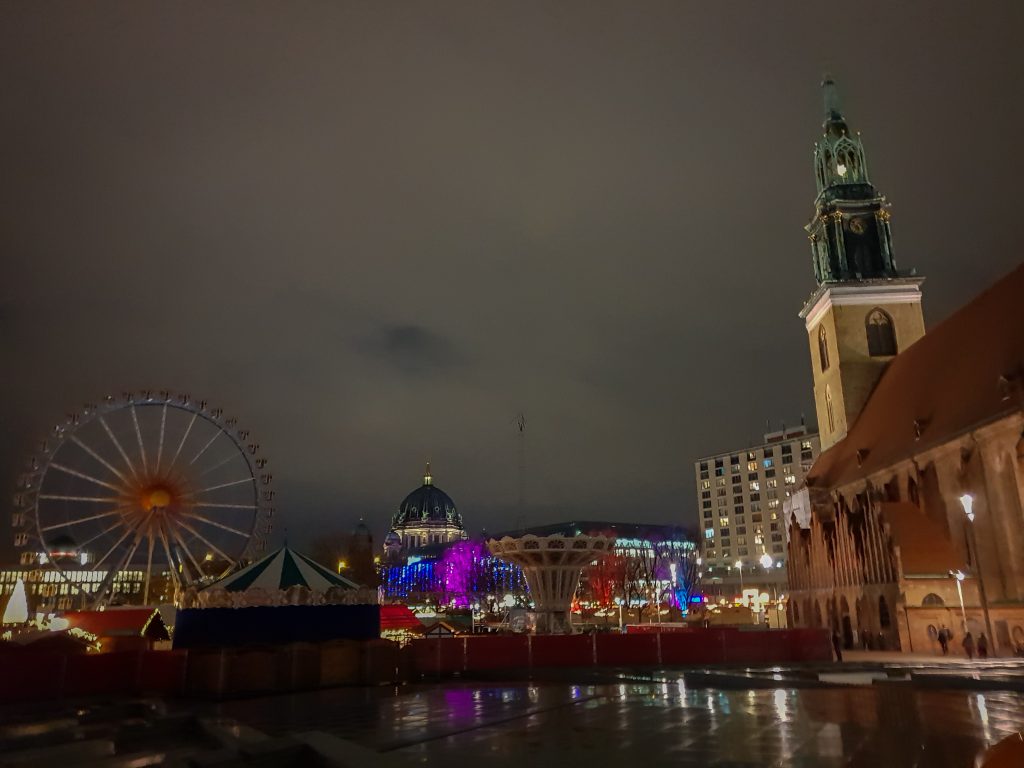 St.Mary Church and Berlin Cathedral in the middle

On day two we decided to do a Berlin detour and ended up in Potsdam. The most famous landmark there is the castle complex of Sanssouci built in Rococo style. It is assemble of buildings and the gardens are vast. We did not visit the castle as i am sure the time wouldn’t have been enough. There was also some restoration in the main halls going on. The weather was also a bit as on the photo below, so we decided to see the buildings from outdoors and get wet on the way 🙂 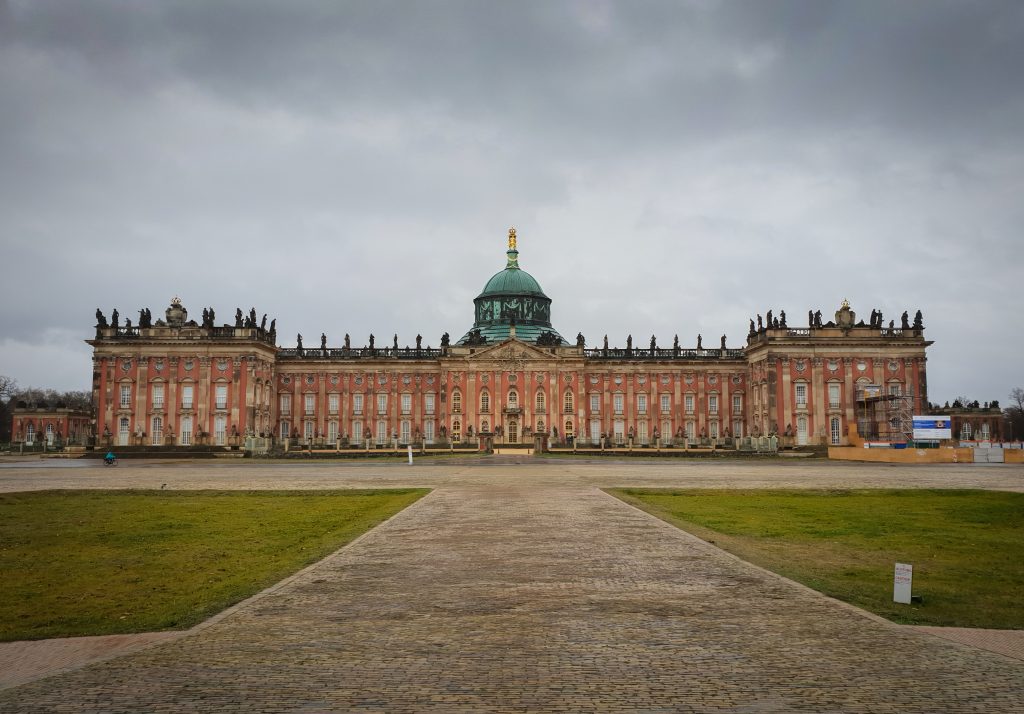 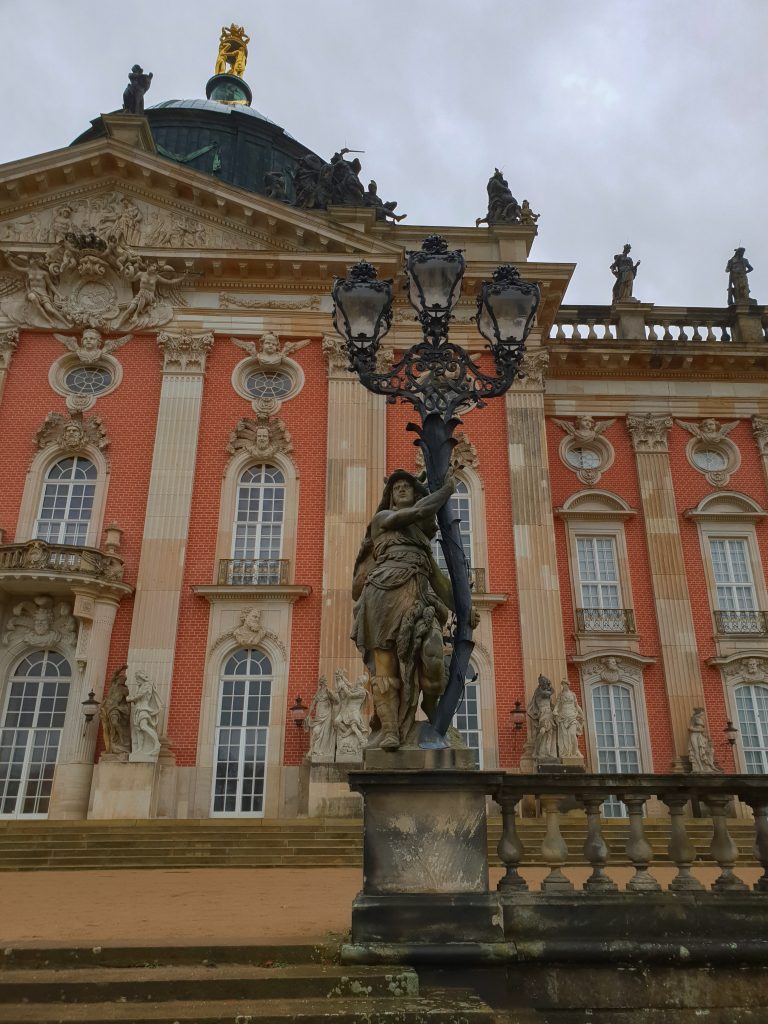 The New Palace in Baroque style from 1769 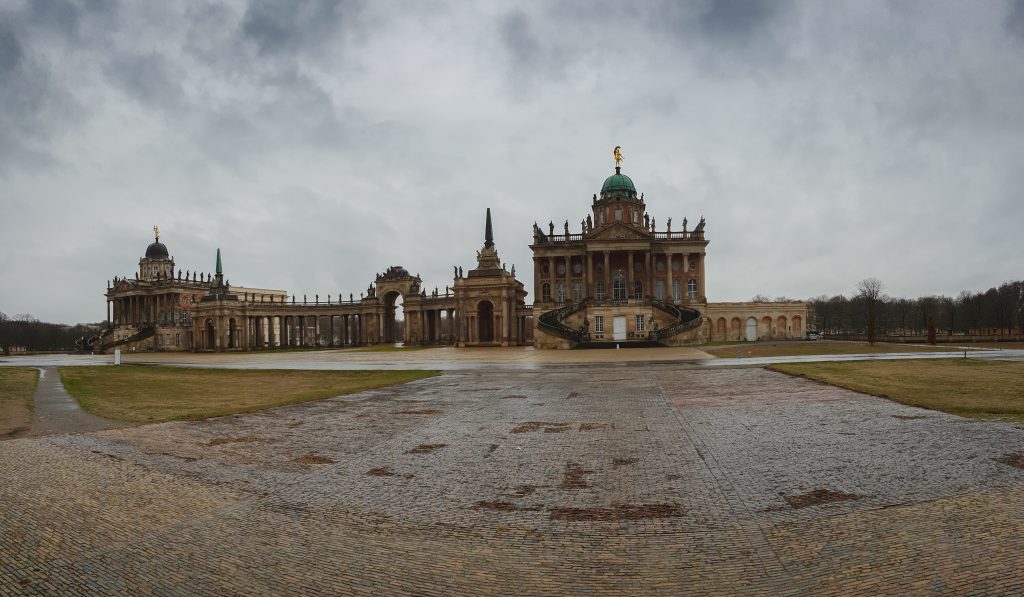 The University of Potsdam 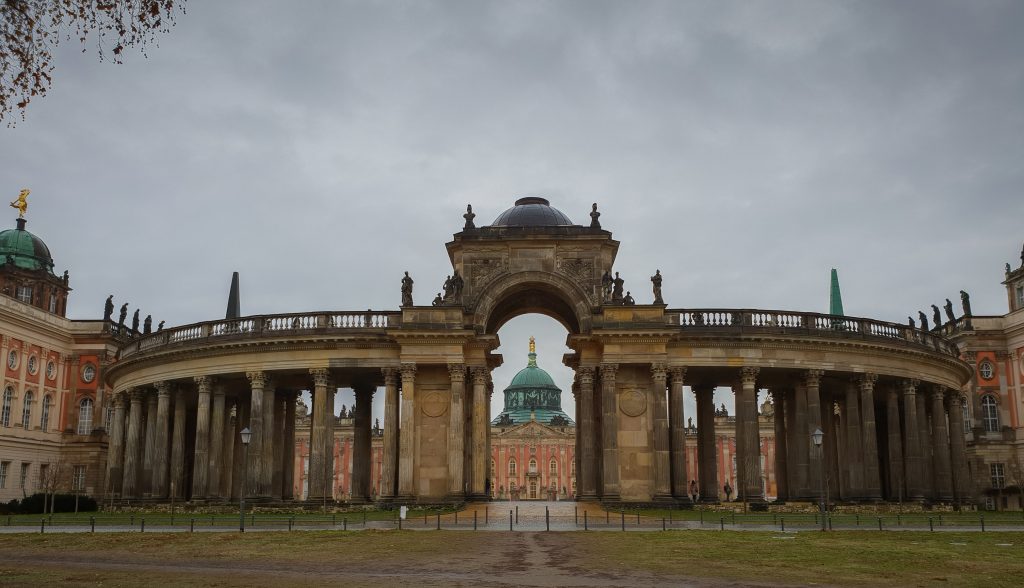 We did not spend too long in Potsdam, and on our last day in Berlin we went to Charlottenburg Castle. It is a short bus ride from Zoologischer Garten station. 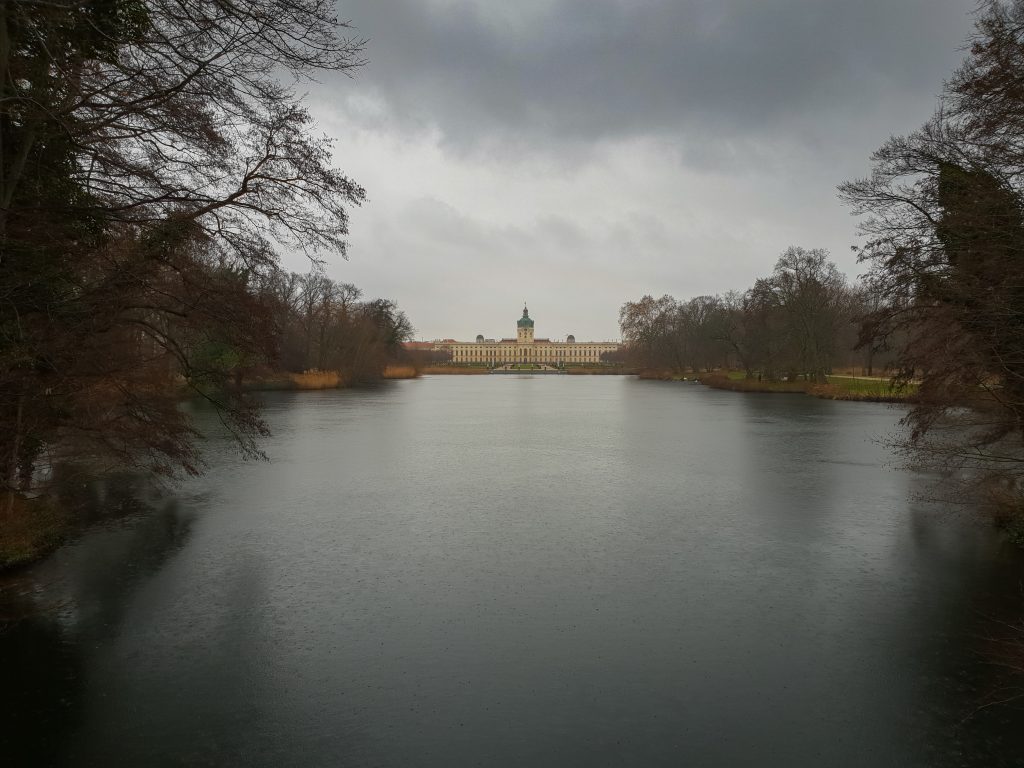 Before i leave this post, one last Christmas market, goodbye and cheers from Berlin, auf wiedersehen und jubel aus Berlin 🙂 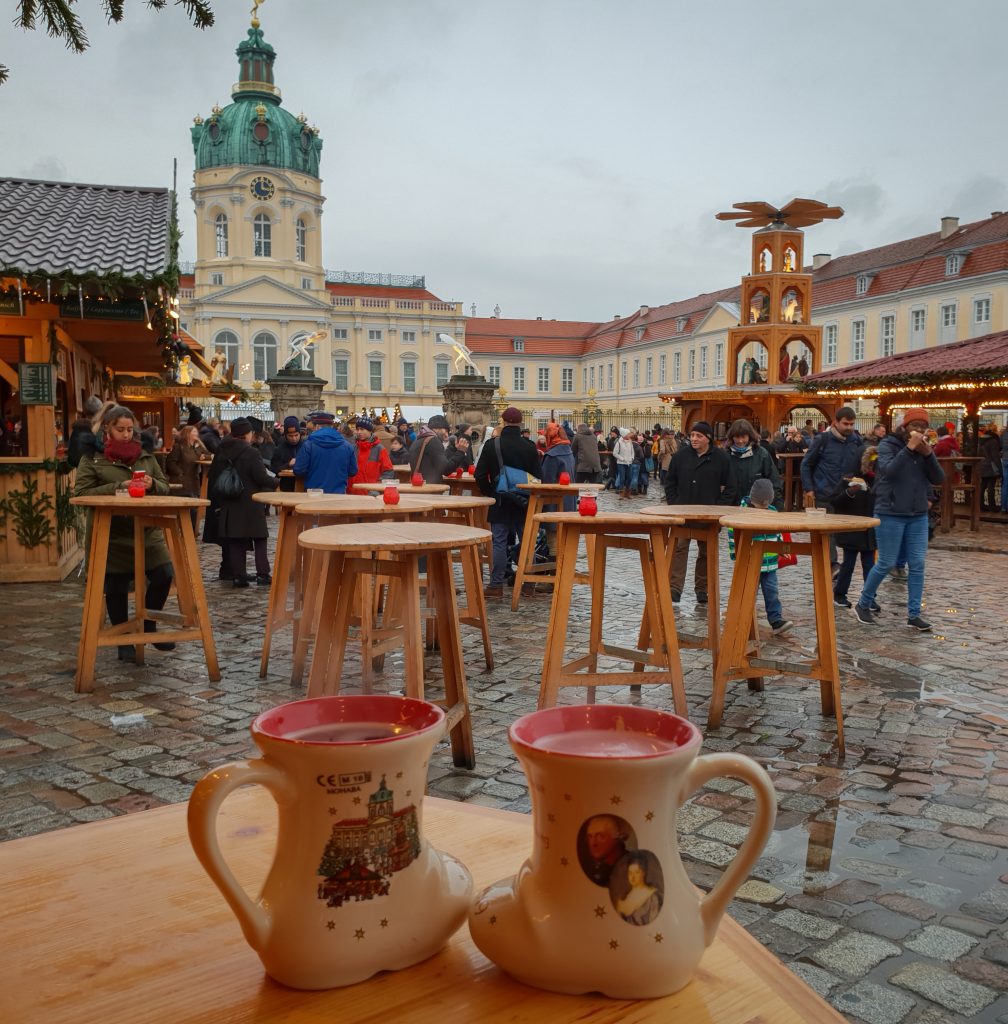