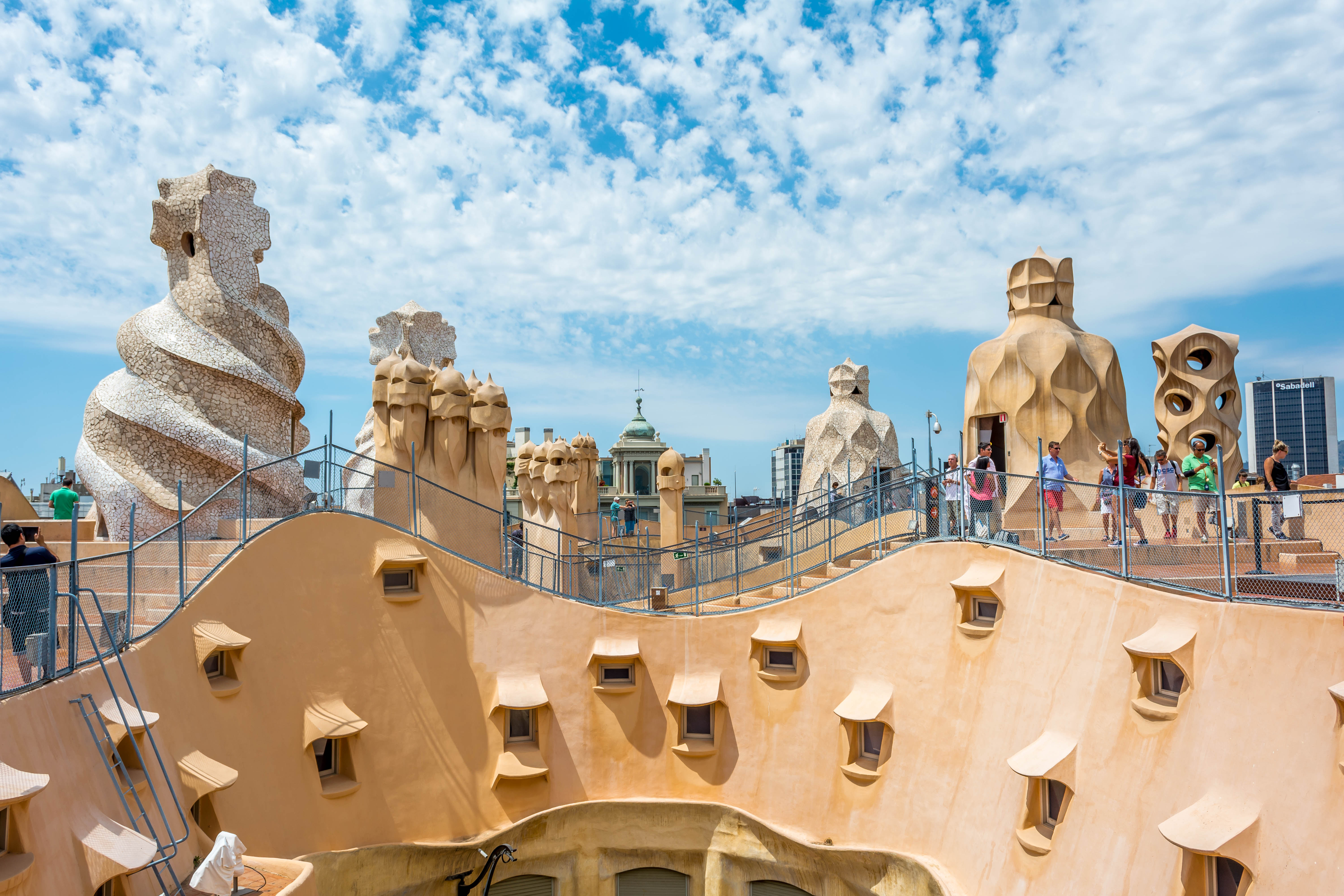 Day 3 of our trip was dedicated to Antonio Gaudi’s work. We visited La Pedrera but skipped Casa Batllo which (according to us) had too expensive entry tickets, but we regret not to now. The most important to state here is that the houses are very close to each other and they are situated on one of the main city center streets – Paseo de Gracia. La Pedrera, or the stone house, offers nice exhibition presenting the life of the rich people in Barcelona during the 20th century. One could walk on the roof of the house and enjoy a view over La Sagrada Familia cathedral which is still in reconstruction. Here are some photos of the houses of Gaudi. Importantly to state also is the fact that Gaudi has designed many more buildings which you can see in La Pedrera exhibition hall at the last floor on several interactive screens. 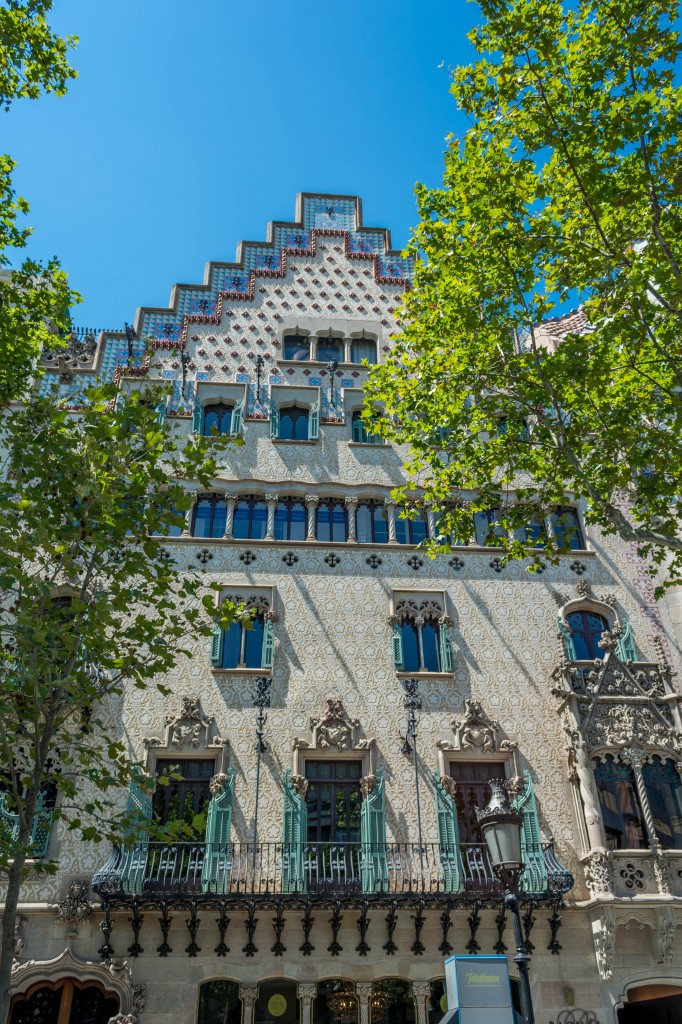 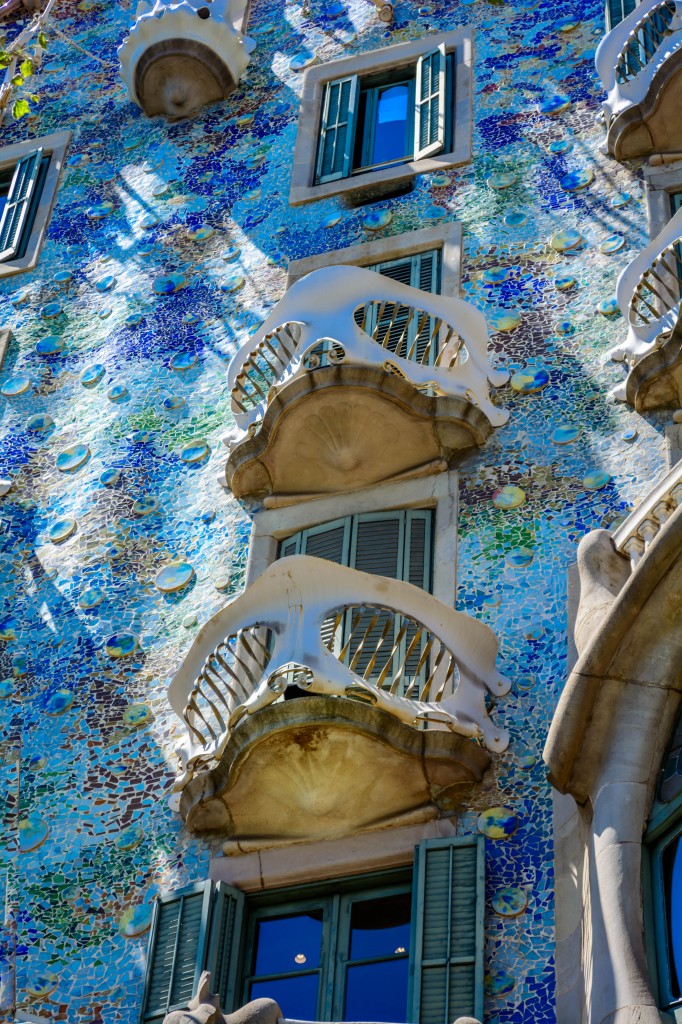 One of the most astonishing things that distinguishes Casa Batllo from the other houses is its roof. The chimney looks like ice-cream cone and the roof tiles look like candies. 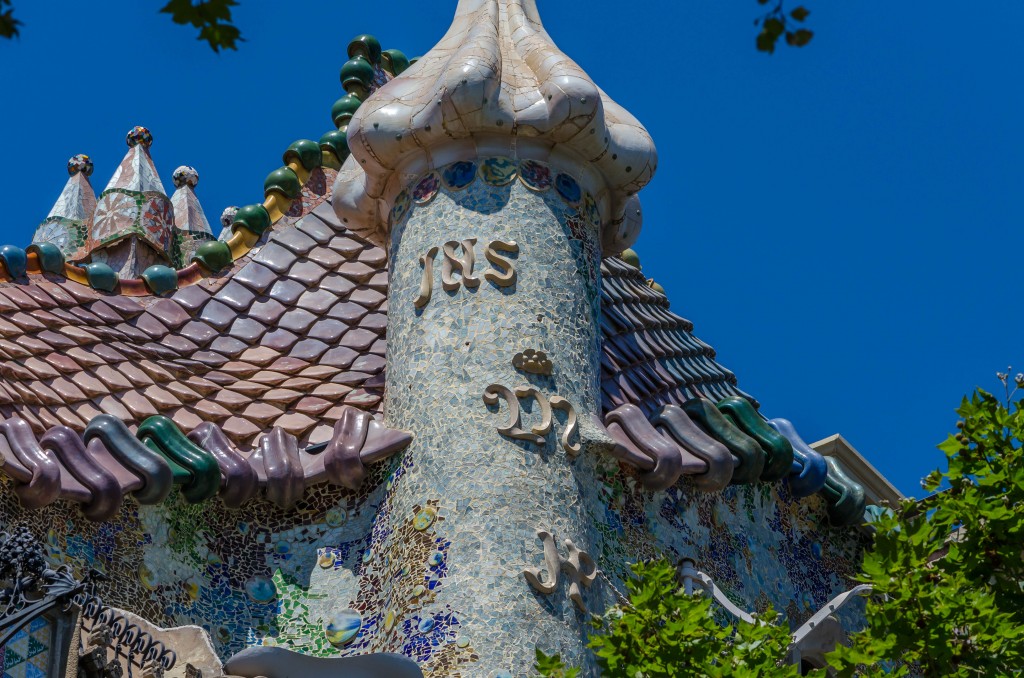 And after seeing those two masterpieces we headed towards La Pedrera which had its front facade under construction since 2009, but there was the possibility to get a photo-post card with you on it and the facade the way it originally looks like for really low price. You get the photo on the spot plus a link from where you can download the digital copy of it. They are really kind in the photo shop! 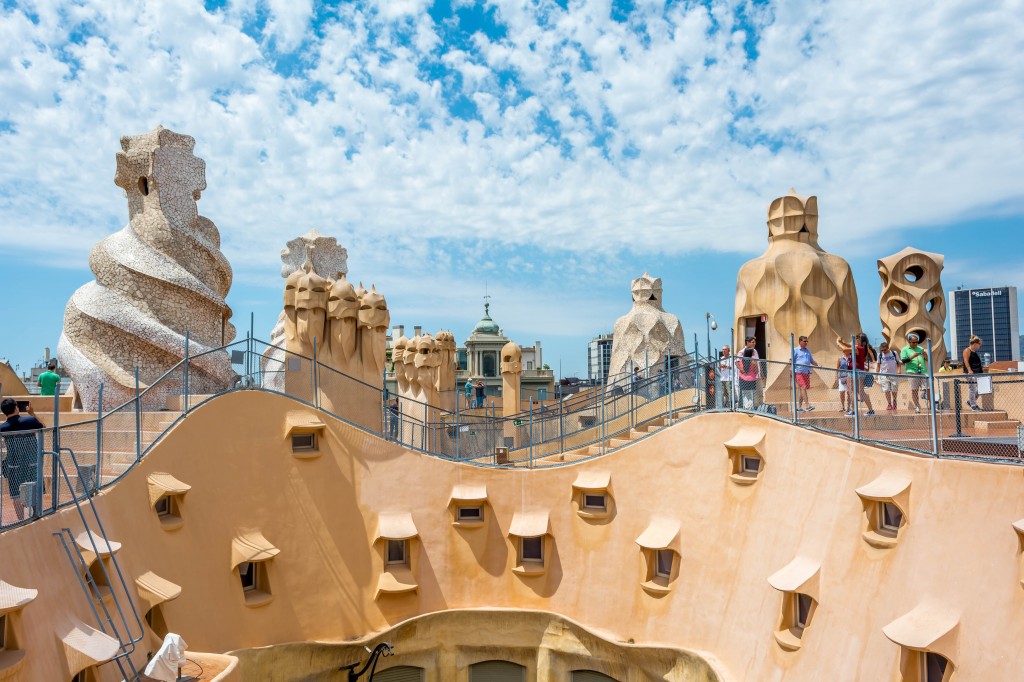 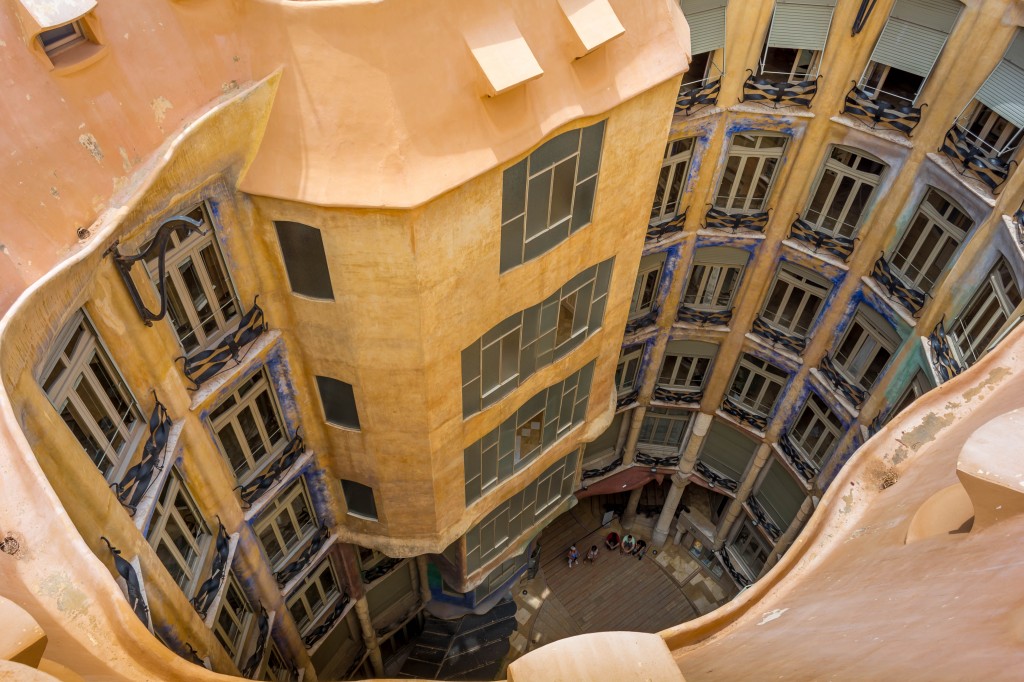 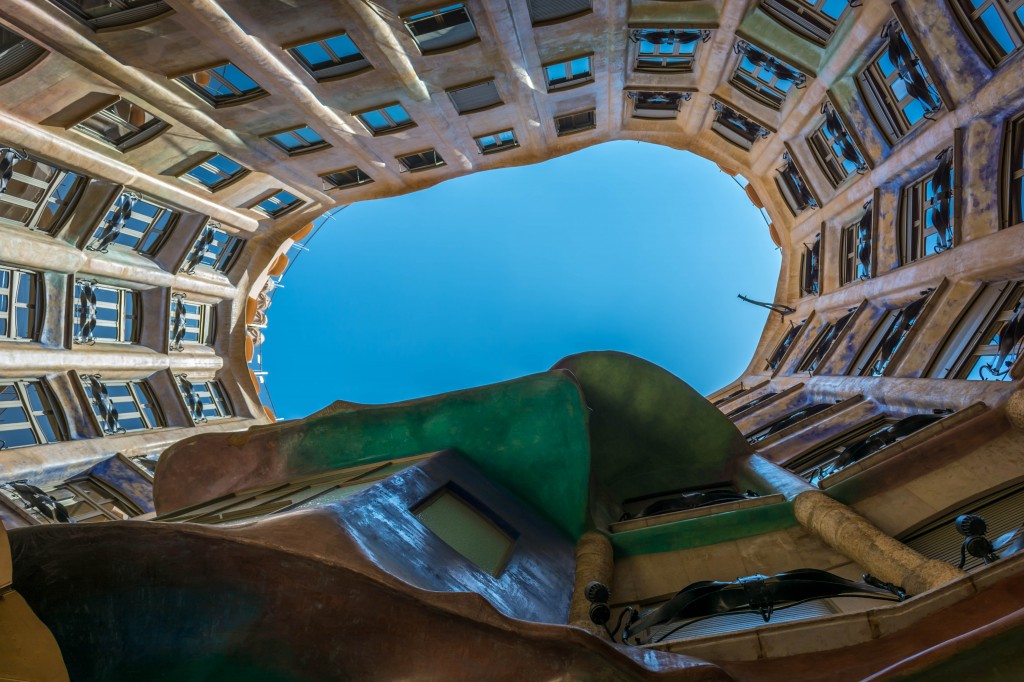 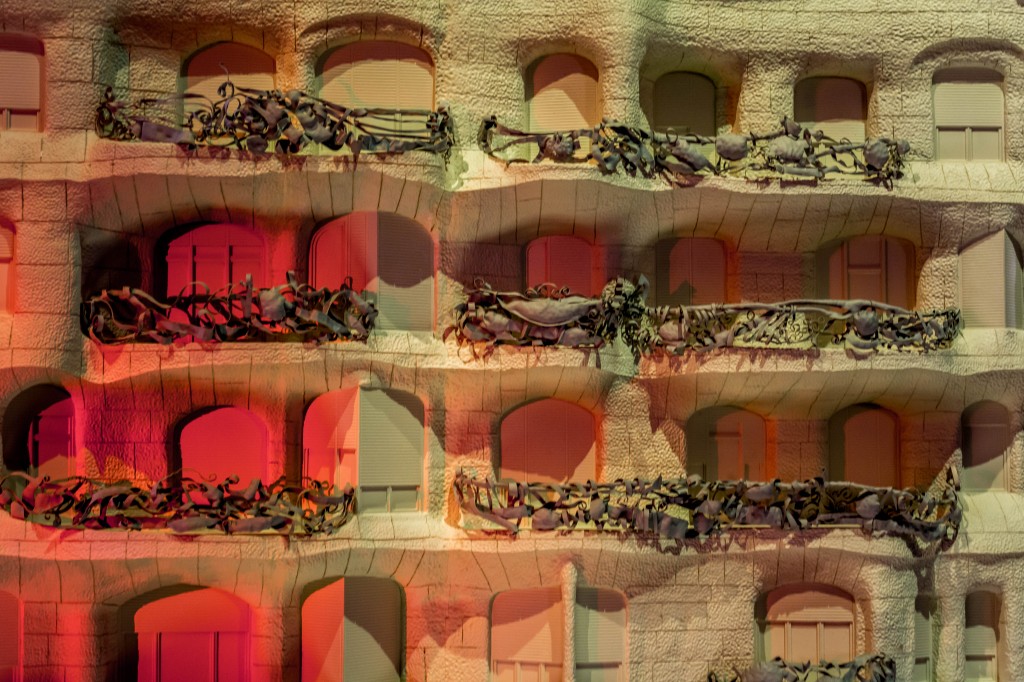 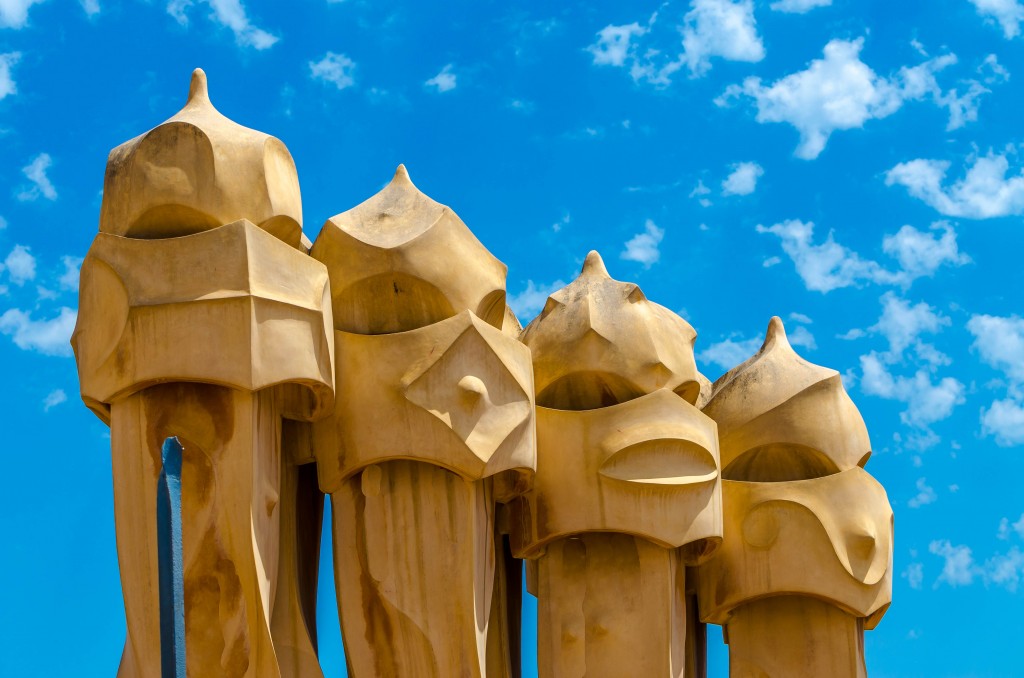 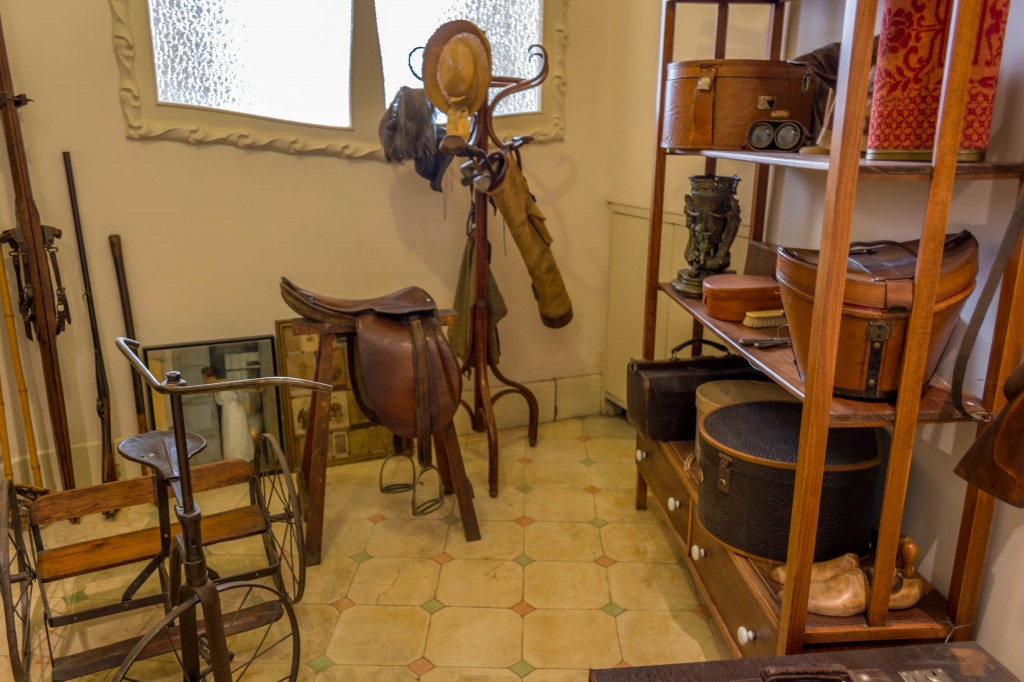 After being at a walk in some streets around Paseo Gracia we arrived at a street the mecca of flower shops. I love flowers and I stepped into 2 of the shops. 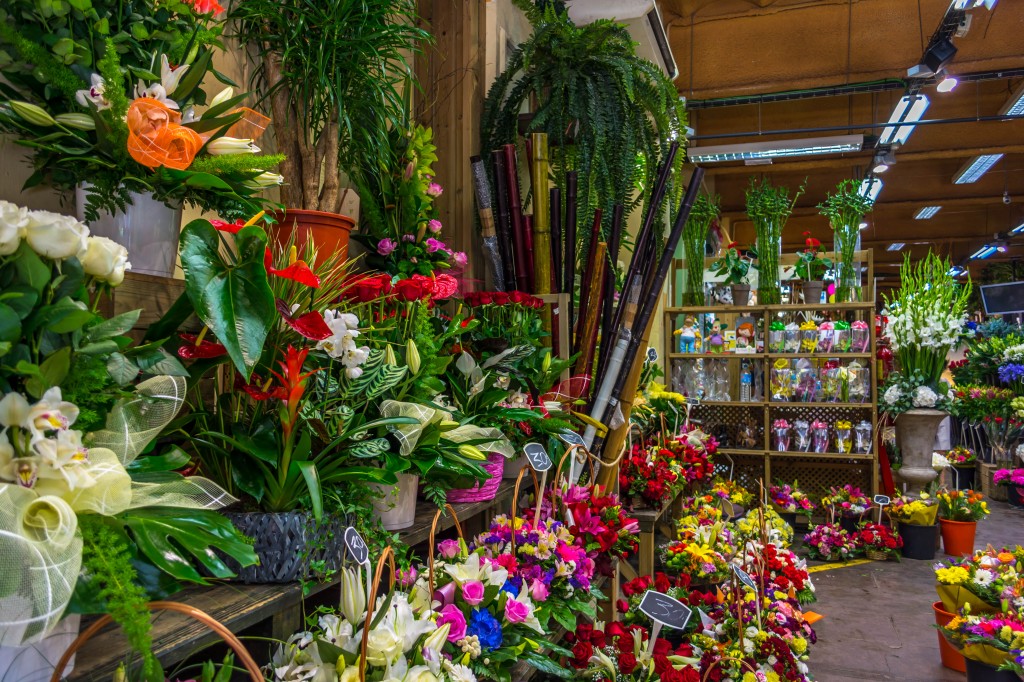 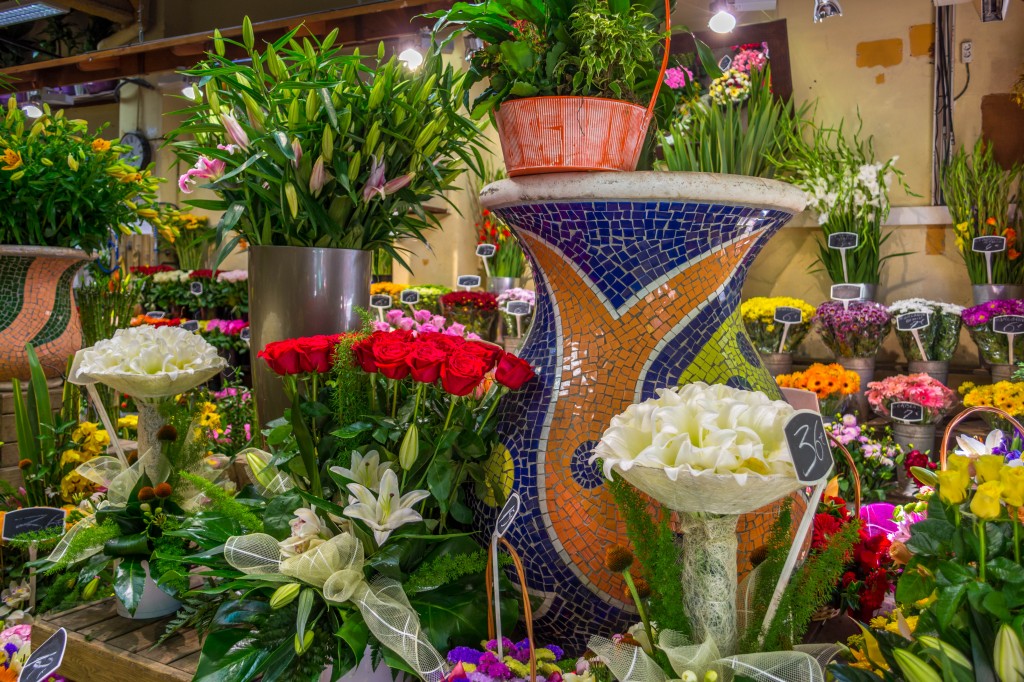 After this beautiful refreshment with plants around us and their aromas, we arrived close to one church where a wedding was in its momentum. I looked inside and saw the newlyweds. We could not go inside but we took a picture of the church’s garden. 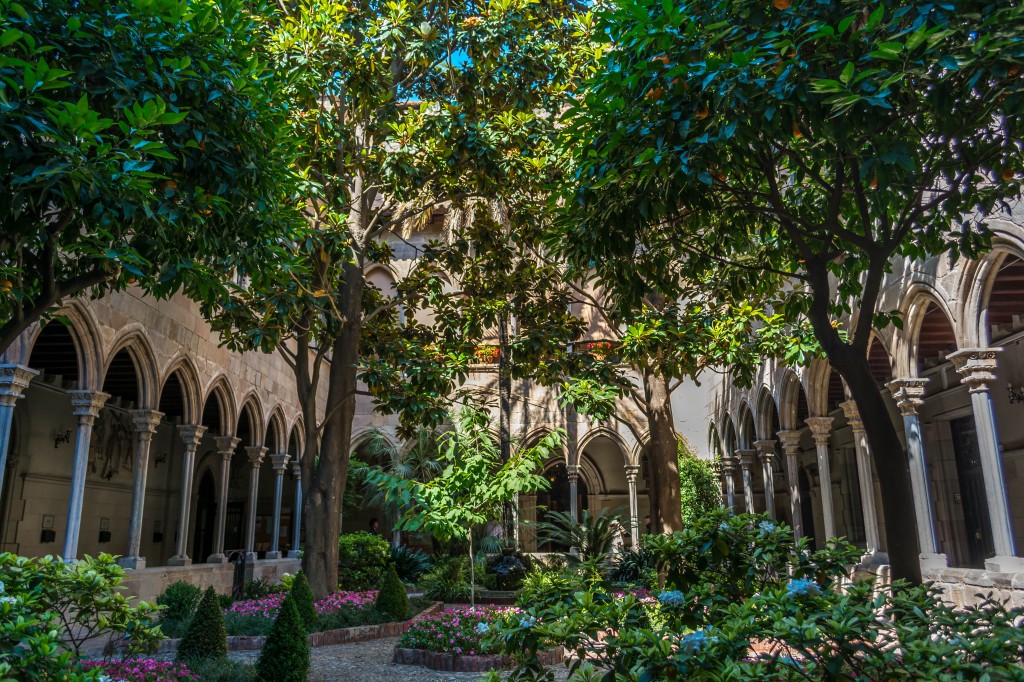 On the same street there was an aquariums shop where we met the most amazing fishes in the aquariums of the shop, plus inhabitants of this kind. 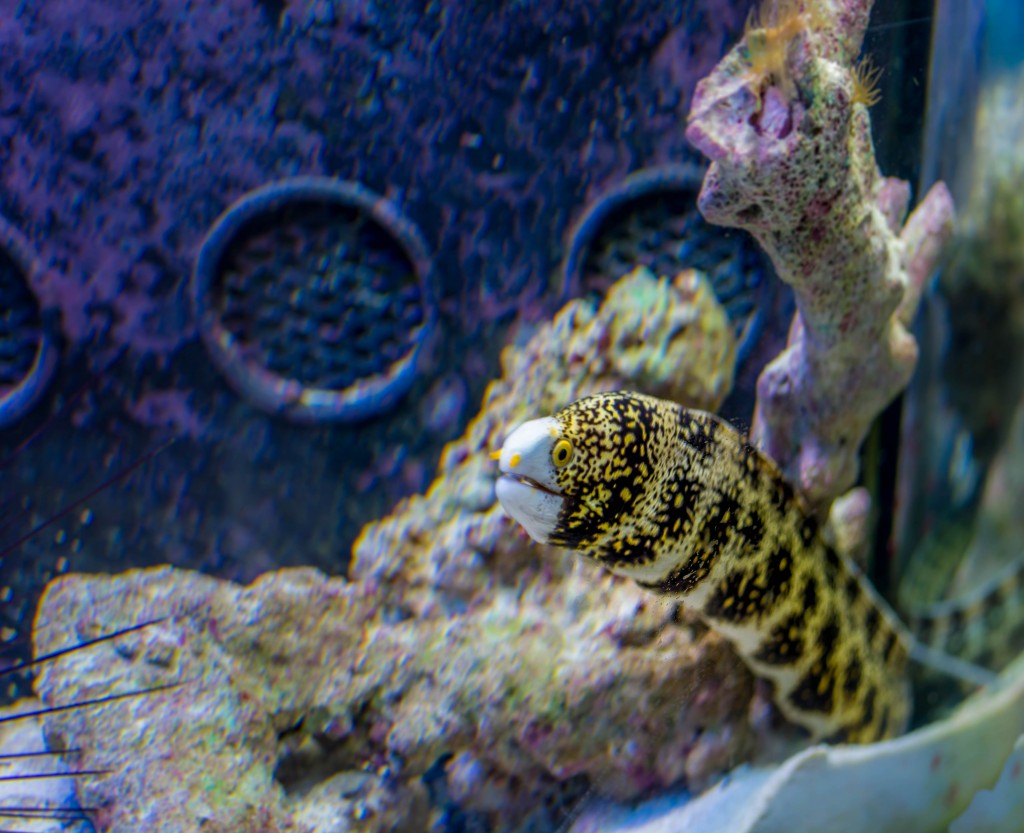 Our next destination was the park of Ciutadella. We walked too much so we took the metro from the first metro station we could see. When we got of the metro we realized that we are few hundred meters from the Arc de Triomf built in 1888. 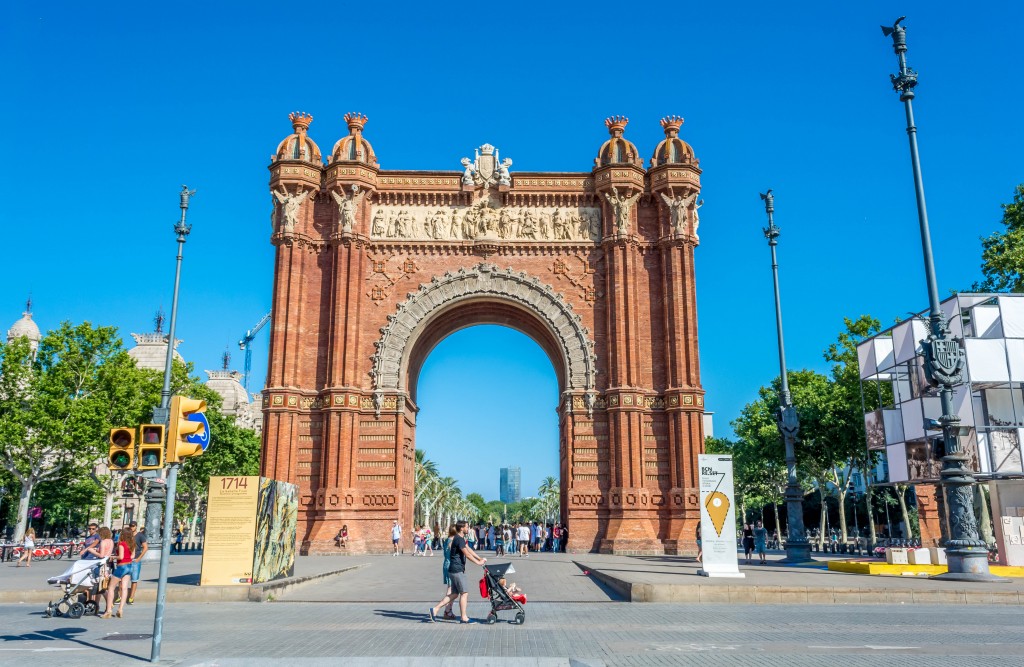 When you go under the arch you arrive at a beautiful pedestrian zone where people just loosen up. They just do stuff, dance, sing, roller-skate, stand on skateboards, make stunts with bikes, all sorts of lively movements. 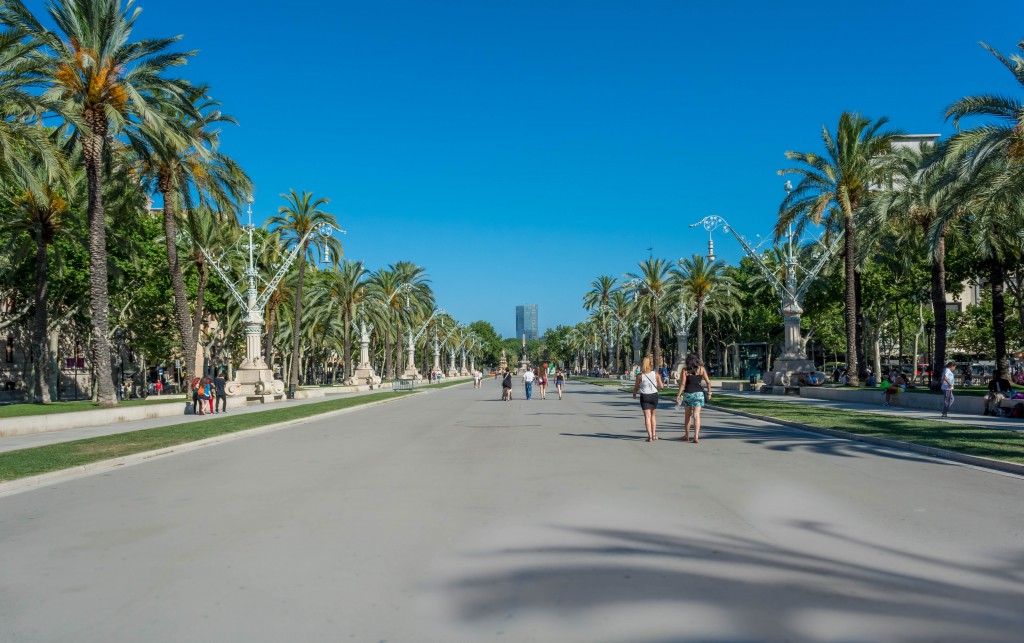 At the end of this pedestrian street the Ciutadella park starts. One can hear the parrots flying from palm to palm. People just relax there and meet with friends. There is the entrance to Barcelona zoo where one can watch a Delphine show and who knows what more. It is wonderful park with lake, boats that you can rent to sail in the lake and a majestic fountain. Plus next to the fountain there are 2 pavilions where people were practicing salsa just like that, openly and enjoyably. 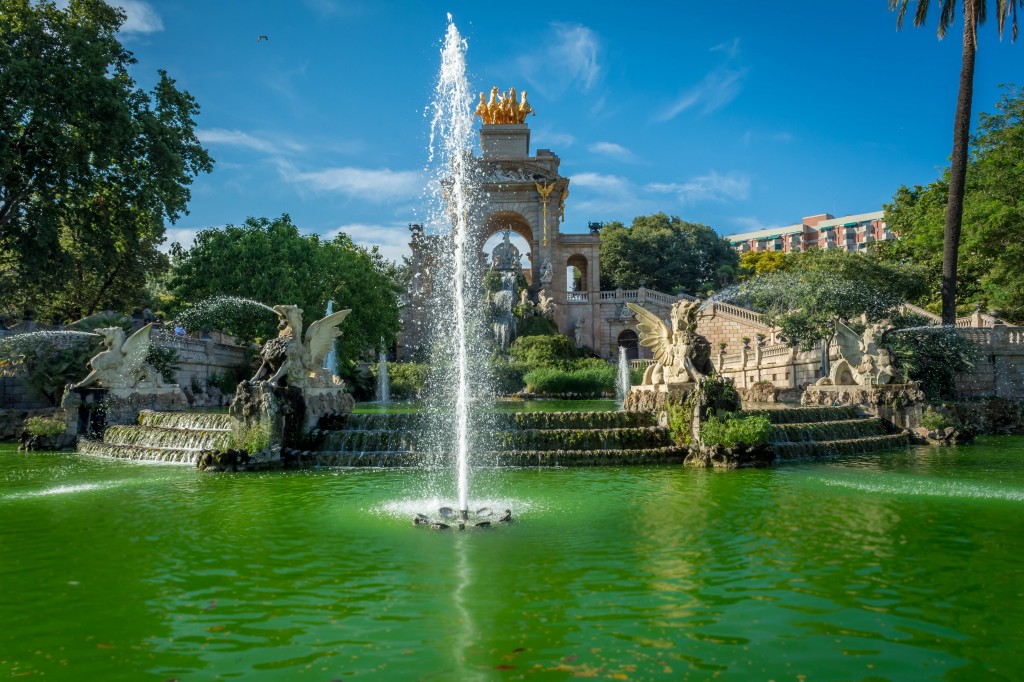 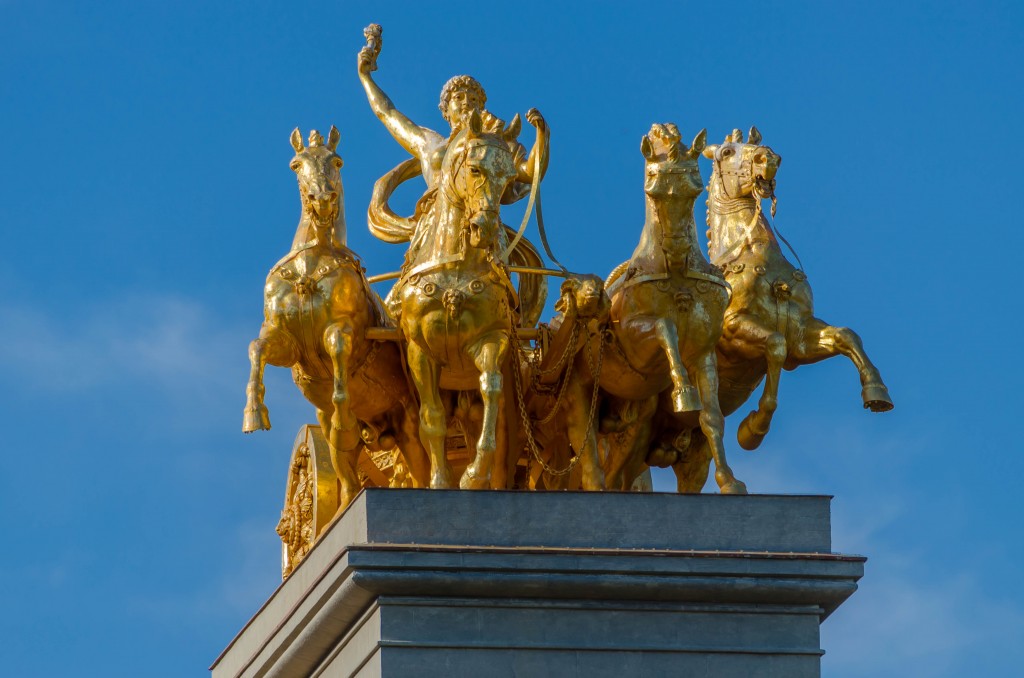 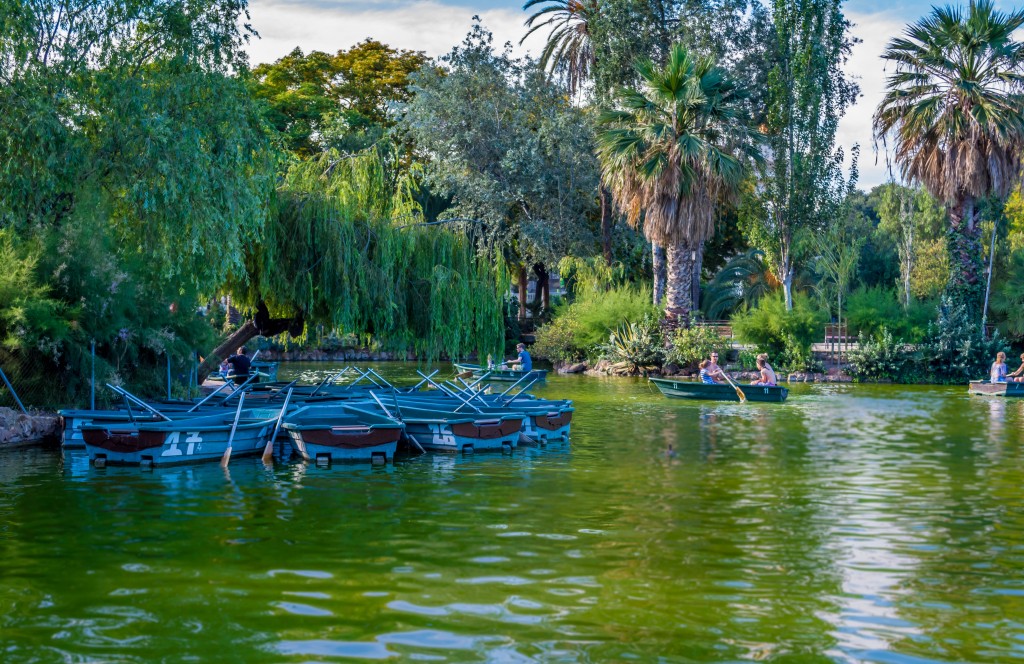 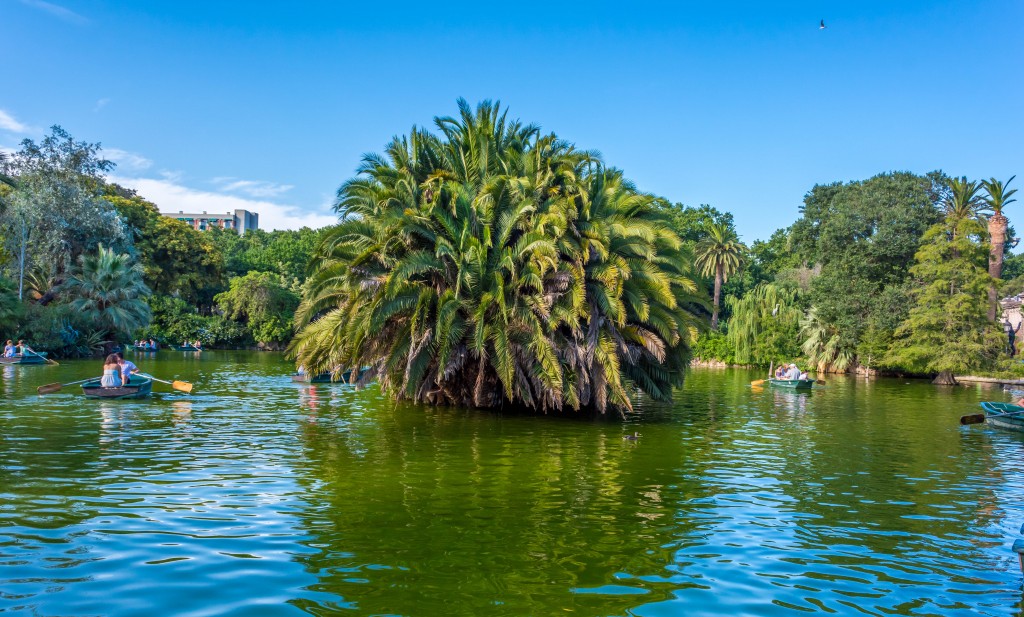 After the nice walk in the park and some photos, observation of people and parrots we decided to take the tram and go home with the metro. The tower that you see below appeared to be next to the metro station we were heading towards. So before we went for the metro and home we passed just for a photo of this egg-like building. The tower is 38-storey office building. 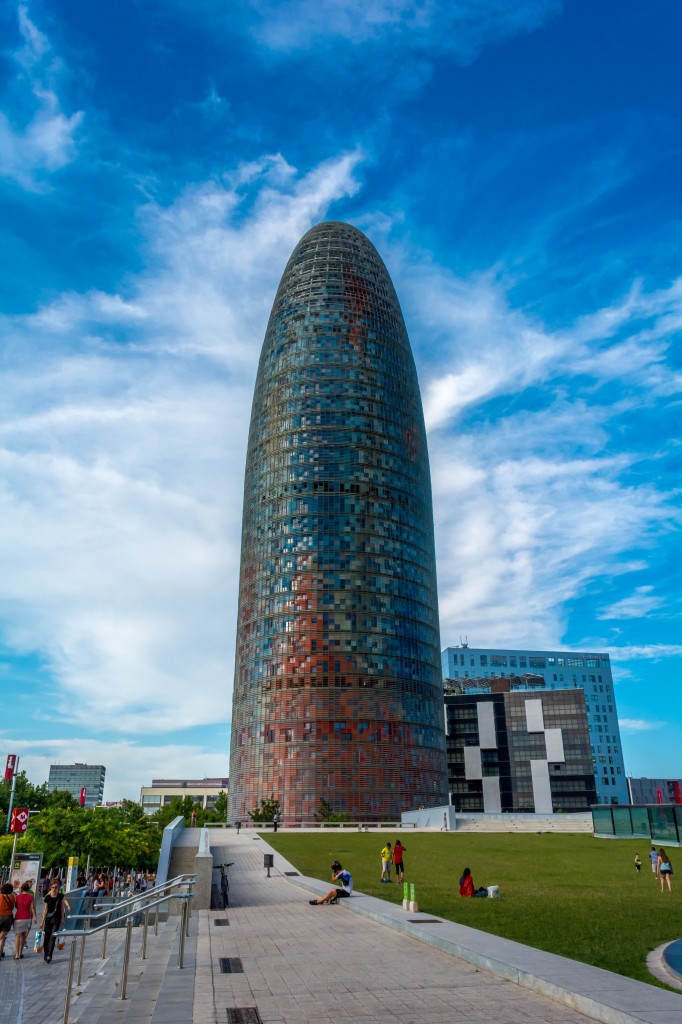 In the future publications you will see the tower at night. The area around the tower is also a nice park with different facilities.
Stay on the alert for our next publications.